What is Slingo Bingo?

You may know that Bingo is a high-profile number lottery game, but unless you are very familiar with online gaming options, you may not yet have come across ‘Slingo Bingo’. In practical terms, slingo is a hybrid online game which combines some elements of traditional bingo within a slot game environment. An idea originally created by a New Jersey businessman, slingo was launched on the AOL platform in 1996 and became an unexpected success when it was discovered that players found this easy-to-play game exceptionally appealing.

A beginner’s guide to Slingo Bingo

Slingo games allow players to play in an online environment which marries together many aspects of the familiar 75-ball bingo game alongside some typical features of a traditional slot machine. The primary game environment contains a 5 x 5 number grid which has the game’s slot reels placed immediately below. As the name implies, slingo online is a lot like traditional bingo, so the gameplay screen looks very similar to the layout of a bingo game card. During the action, there is just one space on each slot machine reel in the row which remains visible to the player at the bottom of the screen.

At first, slingo was only released in a trial version as a fun, free-play option. But now that slingo’s popularity has increased, it’s possible to play slingo games online for real money stakes just like many other slot games. Slingo has proved to be an exciting game, primarily because it offers an absorbing gameplay environment which has proved fascinating to bingo fans and slot-game enthusiasts alike. 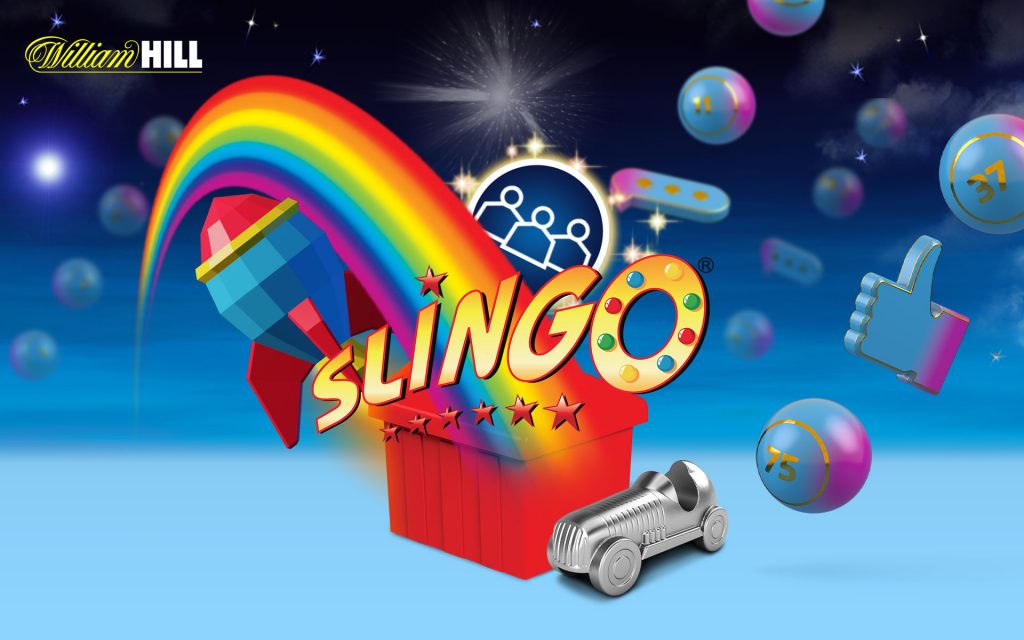 How to play Slingo Bingo

If you want to play slingo online, you’ll find this new bingo genre is a lot of fun and really easy to learn. Just keep in mind that, at its heart, slingo is just a ‘bingo and slot’ mix. To get started, just spin those slot reels below your grid, and then check your grid to see whether it displays any of the selected numbers now appearing on the reels. Of course, this action is just like the in-game checking of your bingo card when numbers are called out.

But as well as slingo numbers, your reels can also display a number of extra symbols during any game. It’s important to watch out for these slingo symbols because they can potentially win you instant prizes as well as some special game bonuses. In classic slingo games, this range of symbols can include elements such as The Joker, Gold Coin, Super Joker and Free Spins.

In return for your stake, you will be awarded a certain fixed number of spins, which must also be completed within a specified time limit. You will also encounter a few options to win extra free spins during slingo gameplay, and you can always purchase your extra spins during play.
Slingo is about much more than just ticking off the numbers on your grid, as you would do with a typical bingo ticket. Winning in slingo games demands the ability to accumulate game points.

Slingo slots award you a certain number of game pints with each spin. The actual number will vary according to the game action. Though different slingo slot games feature different kinds of prizes, points are typically awarded for game actions such as: clearing a line of numbers, clearing all the numbers on your card, capturing coin symbols and/or spinning multiple Jokers or Super Jokers.
Slingo novices may welcome an explanation of some classic slingo symbols:

Besides the classic version of slingo which is quite closely related to classic bingo, there are many other variants which take their inspiration from the world of online slot games. For instance, on the William Hill website you can choose slingo games such as Rainbow Riches (a fantasy-themed game), Slingo XXXtreme (a super-charged slingo game with big cash prizes) or Slingo Reveal (a slingo game which incorporates hidden prizes – which scratch card fans will love).

Bingo and Slots – What’s the difference?

Online slots and bingo machines may be alike in some ways, but there are important differences too. Bingo slot machines offer an experience which is very close to traditional live bingo games. However, slingo itself is a slot game, which means it will contain other game elements such as the extra symbols and free spins mentioned above.

Although the chances of winning in bingo or slot forms of the game are very similar, some experts believe that online slots do offer a slightly higher win percentage. So please feel free to check out our latest slingo games with William Hill.