The wait for world heavyweight champion Anthony Joshua’s next challenger to identify themselves is over, with the William Hill brand ambassador’s next fight confirmed to be against Jarrell ‘Big Baby’ Miller at Madison Square Garden in New York City on Saturday 1st June.

Joshua has been priced up at 1/8 to extend his unbeaten record to 23-0 against the 30-year-old Brooklyn native and 8/15 to win by KO, TKO or technical disqualification.

Not got a William Hill account? Sign up here and get your hands on our bet £10 and get £30 offer

Who is Jarrell ‘Big Baby’ Miller? 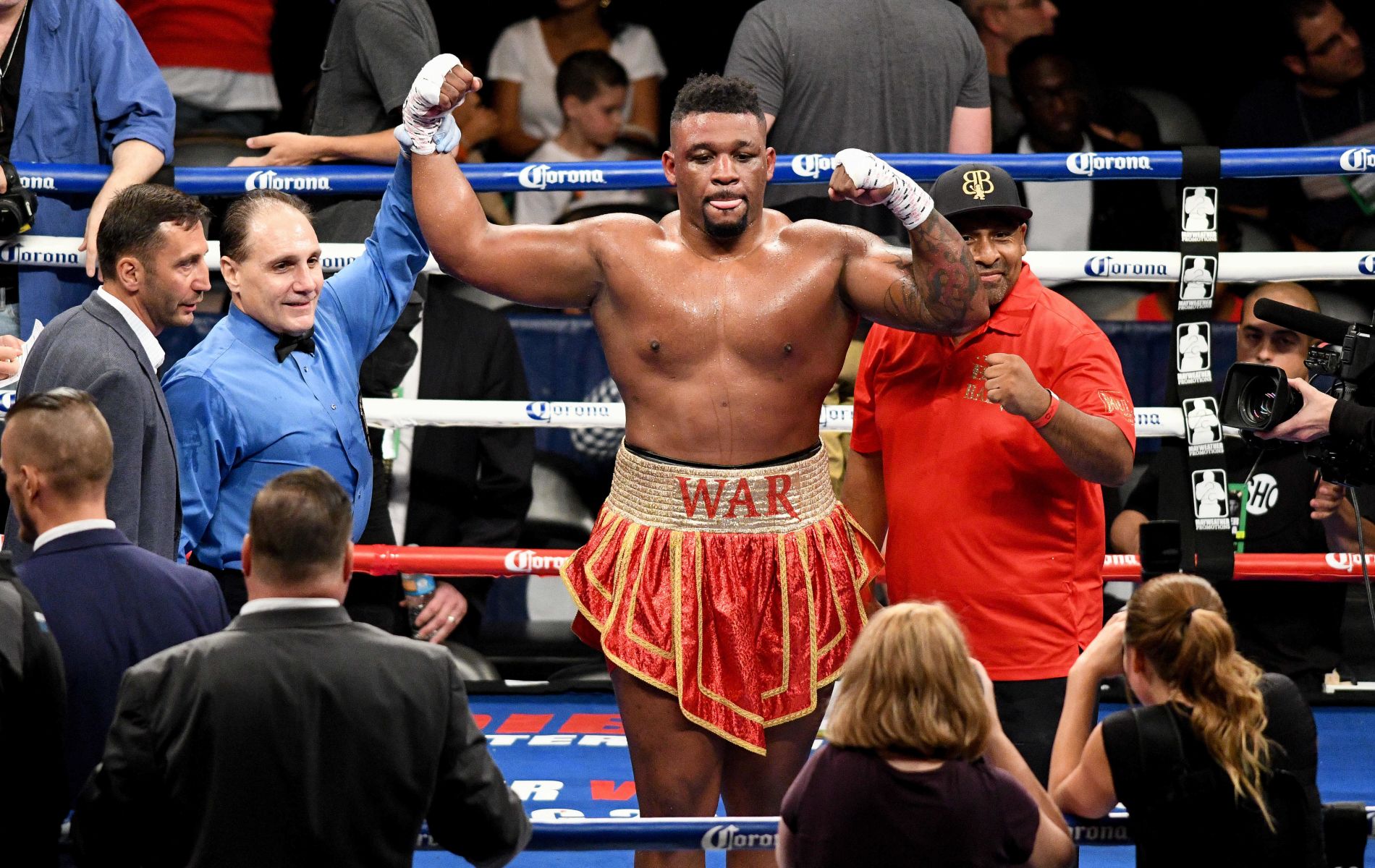 Joshua’s next opponent is an undefeated former kickboxer, whose professional record reads 23-0-1, with 20 of those wins coming inside the distance – testament to fight-ending power given he’s only competed over 12 rounds on four occasions.

Despite having fought at no higher than continental championship level, Miller lacks little in the way of confidence and talked up his weight advantage, when in London for Dillian Whyte vs Dereck Chisora II back in December:

I’m a monster, man. He [Joshua] has about an inch and a half on me and I have about 50 pounds on him.

Bravado aside, AJ boasts two inches in height and four inches in reach over his next adversary, who weighed in a whopping 70lbs heavier than the champion in their respective last outings.

The June showdown will be the first time ‘Big Baby’ climbs between the ropes with a world champion, but he has been getting the better of opponents who have done so in his recent fights.

Check out the latest Heavyweight Boxing odds with William Hill 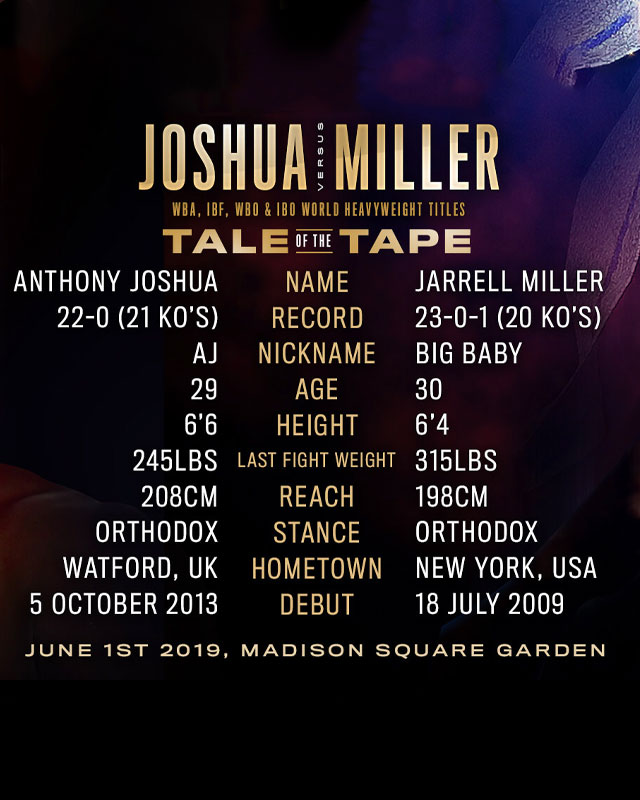 Why this is a good fight for AJ?

The biggest positive for Joshua in taking on the unbeaten, heavy-handed, Miller, has to be the location of the fight, which offers the opportunity to generate a whole new continent of fans on the opposite side of the Atlantic.

‘Big Baby’ may struggle against a fighter of AJ’s proven world-level calibre and a statement victory could launch the William Hill brand ambassador’s career into the stratosphere stateside ahead of potential future engagements with US fighters to savour, eh Bronze bomber?

Hit news.williamhill.com/boxing for the latest stories on the subject of the sweet science