Dillian Whyte may be the favourite to defeat Alexander Povetkin for the WBC interim heavyweight title on Saturday, but our research has revealed history is not on his side when it comes to gaining revenge in a heavyweight rematch.

Whyte and Povetkin will meet in the ring at Rumble on the Rock in Gibraltar this weekend, with the British fighter looking to avenge his knockout defeat to the Russian from August last year to remain on course for a WBC world title shot.

However, our study analysing rematches involving every current heavyweight boxer in the top 15 WBA, WBC, WBO and IBF rankings has revealed that only 6% of first-time losers have gone on to seal revenge in the follow-up bout, with that being Anthony Joshua against Andy Ruiz Jr. 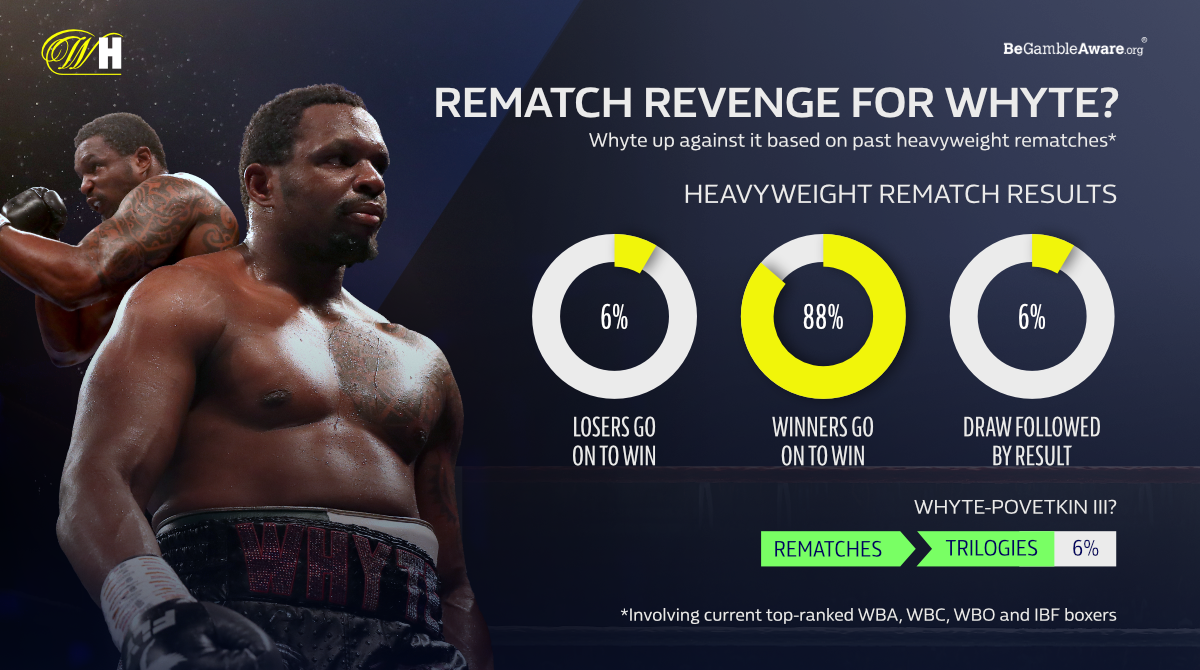 Some 34 heavyweight boxers were analysed with 17 fights leading to a rematch, with a mammoth 88% of original winners going on to claim back-to-back victories. Just 6% of the fights started with a draw before the rematch was settled with a victory – Tyson Fury’s eventual win over Deontay Wilder.

If boxing fans are hoping for a trilogy fight between Whyte and Povetkin, they may be disappointed with just 6% of the fights heading for a third clash – Trevor Bryan’s trilogy of victories over Sandy Antonio Soto.