Frampton vs McCreary: Frampton with too much class to suffer upset

Aiming to bounce back after coming out on the losing side of an epic battle with Josh Warrington, Carl Frampton makes his return to the ring against Tyler McCreary in Las Vegas  on Saturday.

McCreary, on the other hand, comes into this one unbeaten in 17 fights, with just one draw on an otherwise blemish-free record as well as a stellar amateur background.

Both men will fancy their chances of having their hands raised at the end of what is set up to be a pulsating 130lbs fight.

Frampton to win but fight could go the distance

As a former two-weight world champion, Frampton is a proven operator at this level and won’t be fazed by the occasion or his opponent. He’ll be raring to go after his last scheduled fight against Emmanuel Dominguez was cancelled following a freak accident that left Frampton with a broken metacarpal.

After a nightmarish year, the ‘Jackal’ can put himself firmly back into the world title picture with a convincing performance here.

His biggest asset in this fight will be his footwork and the relentless pace he can set in his bouts. He’s proven time and time again he’s capable of going deep into fights to get the win, taking 12 wins after going to the judges.

In stepping down in weight, McCreary will attempt to overcome his opponent using his height and reach advantage. He could spend much of the fight behind his jab as he tries to keep Frampton at the range the American prefers.

With over 100 amateur fights to his name, McCreary is not as junior as his 17 pro-fight record suggests. He has also taken several judges’ decisions so far and won’t be afraid of going the distance once again. McCreary has the potential to cause an upset in this one, but he’ll need to be at his very best.

Frampton at 1/25 to win should simply have too much class in this one. His superior footwork should mean he’s able to fend off much of the American’s attack as he quickly jumps in and out of the pocket.

It will probably go the distance, though – with odds of 1/2 for that market – which certainly leaves McCreary with an opportunity if he boxes well. 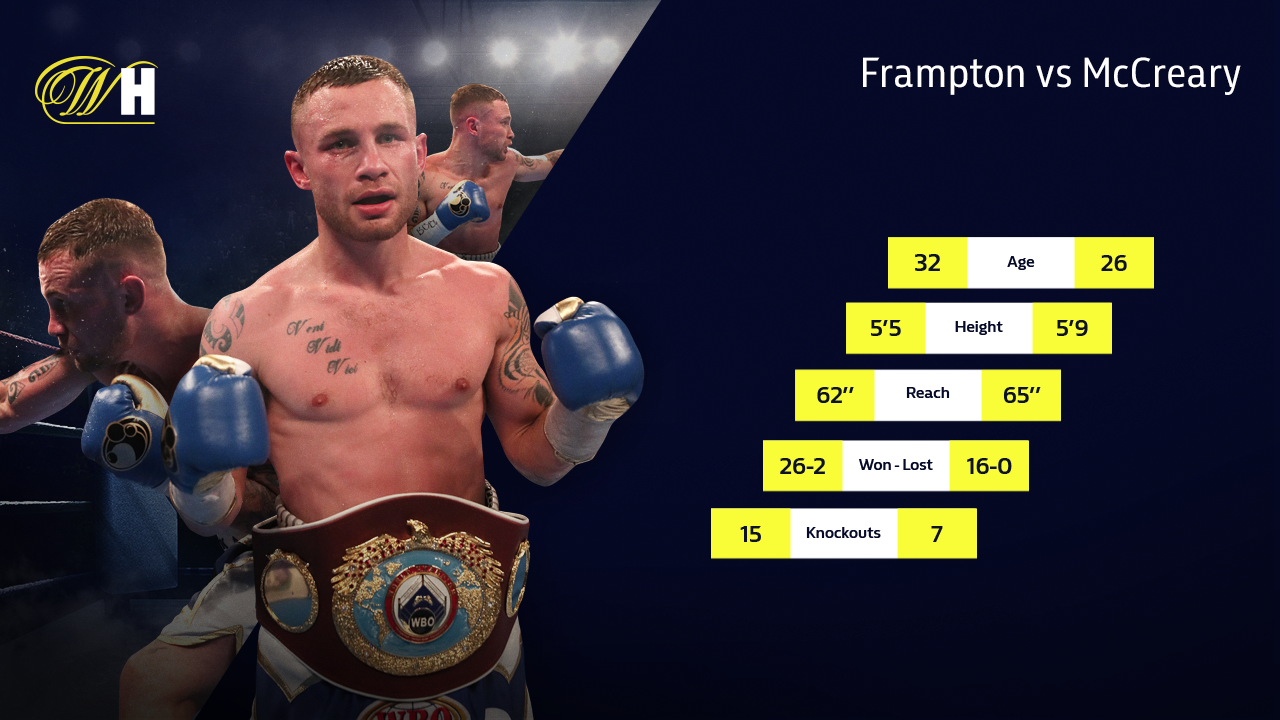