Mike Tyson may have been renowned for his frightening knockout power in the ring, but our research has revealed that he trails the likes of Deontay Wilder and Shannon Briggs when it comes to the heavyweight division’s heaviest ever hitter.

We analysed every heavyweight world champion since 1962 – when the WBA’s version of the world title was first introduced – to fight 100+ winning rounds, in order to decipher the boxer with the quickest knockout ratio in history.

Former two-time world heavyweight champion Shannon Briggs tops the pile when it comes to the division’s heaviest hitter, needing an average of just 2.71 rounds to knock out his opponent during his 60 career victories.

Modern-day boxing’s most lethal knockout machine is Wilder, who sits second on the list. The Bronze Bomber may have lost his WBC title to Tyson Fury earlier this year, but he follows closely behind Briggs with an average of just 3.12 rounds per knockout from his 42 wins. 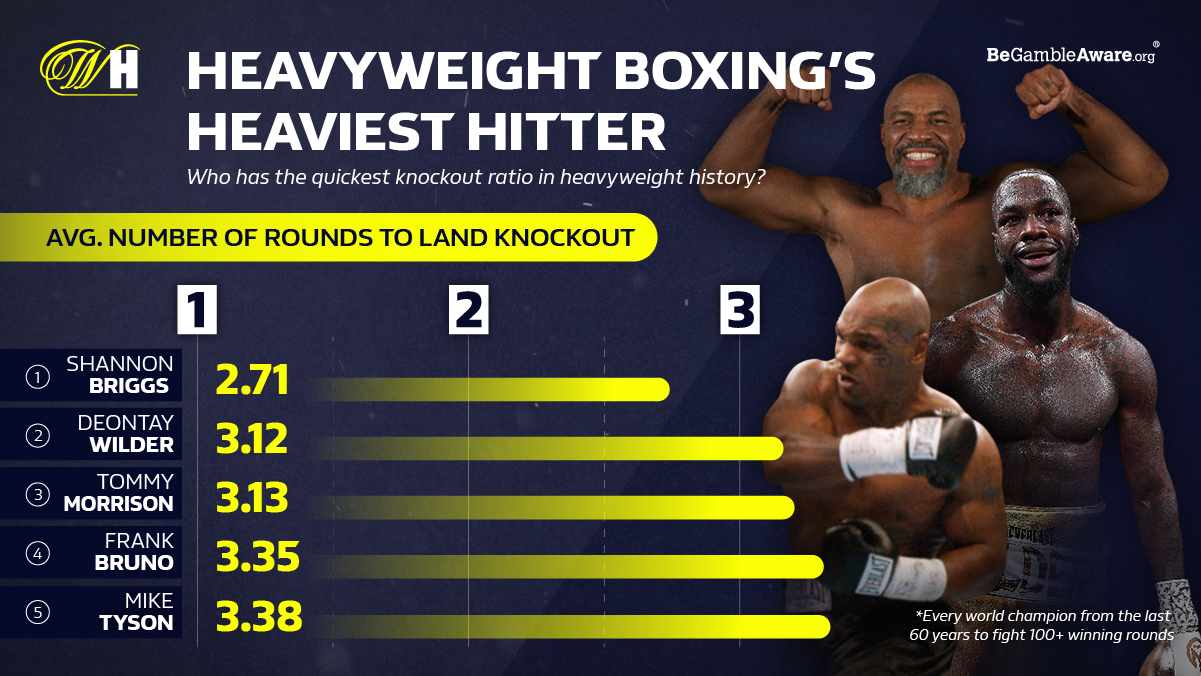 Sitting third and fourth on the list are ex-WBO world champion Tommy Morrison and British boxing legend Frank Bruno, who required an average of 3.13 and 3.35 rounds respectively to land a knockout.

Tyson, who reigned as the undisputed world heavyweight champion from 1987 to 1990, rounds off the top five with an average of 3.38 rounds per knockout from his 50 career victories.