Mayweather to return to the action

Having gone 49-0 through his professional boxing career, Floyd Mayweather seemingly retired after his one-sided 2015 victory over Andre Berto. However, the lure of another bumper payday by taking on UFC fighter Conor McGregor in a boxing encounter proved too rich to ignore, especially given the minimal risk the bout posed to his undefeated record.

And another showdown of a similar nature is now on the cards, as ‘Money’ has signed a deal with a mixed martial arts company to face kickboxer Tenshin Nasukawa in Japan on New Year’s Eve.

The format and many other aspects of the fight remain unknown but don’t be surprised to see it more Marquess of Queensbury Rules than anything else.

What can be pretty much guaranteed is that Mayweather will be paid handsomely again, given that Japan is something of an untapped market.

It’s clear that the 41-year-old would be willing to step into the ring with anyone if the purse and rules are right and here are five names who could be linked with a Floyd Mayweather fight in 2019.

Unlikely, but if Mayweather did decide to test himself against an elite boxer again, there are arguably no bigger names available than Triple G.

This would provide Mayweather with a serious payday and Pretty Boy Floyd has already beaten Saul Alvarez in the past, who earlier this year edged a tight majority decision over GGG. However, Mayweather would seemingly need to step up to middleweight to take such a fight and Golovkin is one of the biggest punchers in the sport.

Facing a bigger man with obvious knockout power is not something that is likely to appeal to Mayweather in his current position. 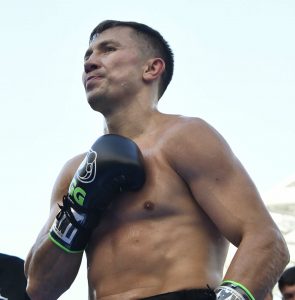 Golovkin could be a tough customer for Mayweather to take down.

In terms of nullifying the strengths of his opponent, thinking on his feet and remaining unbeaten, Crawford is almost the modern-day Mayweather. He is 34-0.

Welterweight is the division where Mayweather was most at home during his career and Crawford is the current WBO champion at 147lbs.

It would be a good chance for Mayweather to prove that he’s still the man, even into his 40s, but taking on an experienced unbeaten fighter at the peak of his career at the age of 31 is likely a hazard Floyd will want to avoid.

He arguably did the same previously with Manny Pacquaio. Talks began over a possible fight in 2009, with the pair eventually squaring off in 2015 when the Filipino star looked a shadow of his fast-paced, pressurising previous best.

Given both men’s reasonably recent victories over McGregor, albeit in different forms of contact sport, the obvious next showdown is for them to face each other.

The fight should hold appeal to Mayweather as it is sure to generate PPV sales, while Nurmagomedov is probably a weaker boxer than McGregor. He is much more of a wild puncher, with his superior strength in UFC being in terms of takedowns and wrestling.

Mayweather’s technique and skill can expose Khabib’s careless striking and a victory should be secured much quicker than the 10 rounds required to see off McGregor. 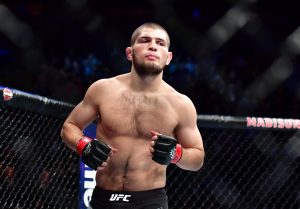 Khabib has won all 26 fights he has partaken in while never losing a round, but can Mayweather shatter his record?

There are opinions that the upcoming Nasukawa fight is nothing more than an exhibition. Why not go one better and fight the actor who played the lead role in the sports drama film Creed?

Jordan is sure to have gained some boxing knowledge through his training to play the part, revealing that he boxed for “three or four days a week” during the build-up.

However, a tweet from Sylvester Stallone showing a video of Jordan getting knocked out during training suggests he still has plenty of work to do.

Mayweather is something of a marmite boxer, liked and appreciated by many. Loathed by numerous others. But should he will almost undoubtedly fulfil the role of good guy if a fight was ever set up against Real Madrid defender Ramos.

The Spaniard has made a habit of the dark arts in football, from playing a part in Mo Salah’s Champions League final shoulder injury to stamping on Raheem Sterling in the recent showdown with England.

Many football fans would pay good money to see hatchet man Ramos get his comeuppance in the ring.