Terence Crawford’s glittering boxing career is unrivaled when it comes to the records of unbeaten reigning world champions, according to our research, with Tyson Fury ranked third on the list.

Crawford’s career has seen him enjoy a stellar rise through the years, racking up an impressive 37-0-0 record since his professional debut in 2008, during which he’s held world championship titles in three weight classes while becoming the undisputed super lightweight champion.

Ahead of “Bud’s” defence of his current WBO welterweight title against Shawn Porter on Saturday, our study, analysing the records of all 68 major world title holders across 17 different weight classes, has revealed that the 34-year-old American’s 37-0-0 record is five victories superior to his nearest unbeaten rival. 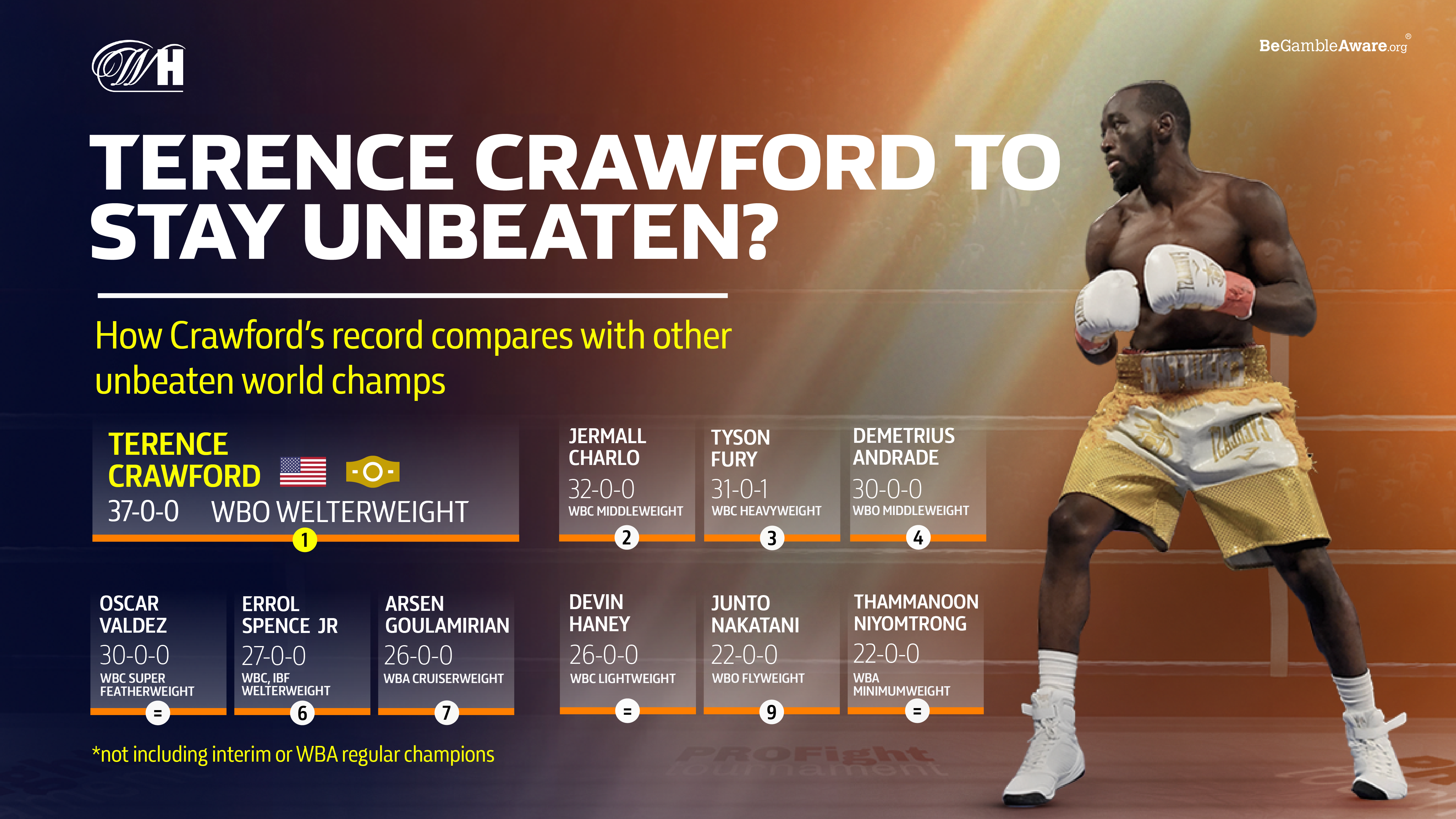