The Final Round | Fury ready for Joshua or Usyk

The heavyweights take centre stage on The Final Round this week after confirmation that Anthony Joshua will fight Oleksandr Usyk on 20th August.

Saudi Arabia will host the rematch, with Usyk putting the IBF, WBO and WBA belts he won in September on the line.

This week, David Alorka and Gareth A Davies discussed why it’s taken so long for the fight to be arranged and whether it could lead to Tyson Fury’s return to the ring.

Gareth said: “Well, we have known now for a week that Anthony Joshua is joining DAZN on a multi-fight, multi-year deal, that had to be ironed out.

“And they’re also ironing out the broadcast deal. It’s taken a while to iron it out, but it is now official, Jeddah, the Superdome on August the 20th, for those three belts – IBF, WBO and WBA belts.

“Can Anthony Joshua win it back? And does that mean, if he does, that Tyson Fury comes back? Or would Fury even come back, the WBC champion, for an undisputed fight with Oleksandr Usyk?

“I think he [Fury] will fight either man, especially the winner, but I think he’ll fight Joshua as well at some point, I really do.”

Anthony Joshua is 7/4 to win back his belts in Jeddah, while it’s 11/4 for Usyk to knock his rival out. 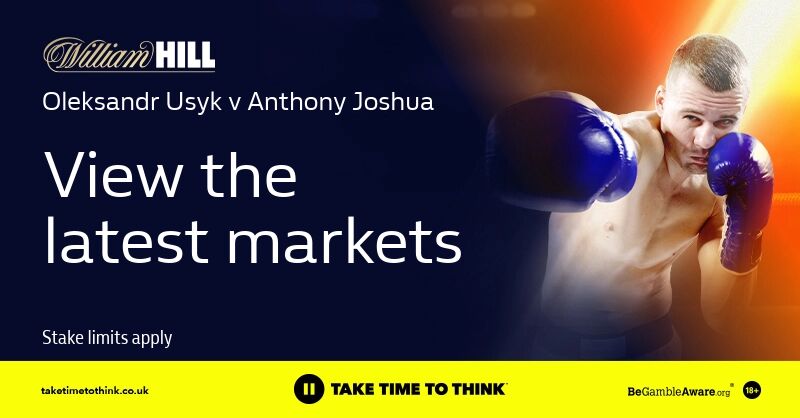 Before Joshua steps back into the ring, there are two other British heavyweights are in action. First up is Joe Joyce against Christian Hammer on 2nd July.

For Gareth, it should be a 14th career win for Joyce. He said: “We thought Joe Joyce was going to fight Joseph Parker, didn’t we, but he’s going different ways.

“Good test for Joe Joyce, but I expect him to come through it and win on points or by late stoppage.”