The saga of who Anthony Joshua will face in Madison Square Garden on June 1, after original opponent Jarrell ‘Baby’ Miller tested positive for a banned substance, is over, with Andy Ruiz answering the call.

Having weighed in 17lbs heavier than the four-belt world heavyweight champion did in their respective most recent bouts (despite being four inches shorter), to say Ruiz Jr looks to lack Joshua’s stature and athleticism is putting it mildly.

Yet, promoter Eddie Hearn evidently has few doubts about his credibility, telling The Guardian that the Mexican-American represents a tougher test than Miller would have provided.

The Joshua vs Ruiz odds heavily favour the British fighter, who is trading at 1/25 in the bout betting and 1/4 to win inside the distance by way of KO, TKO or DQ.

However, despite the William Hill traders taking such an unsympathetic view of the challenger’s chances, there’s one fight on Ruiz’s professional record that suggests he’s got enough about him to ensure AJ’s American debut will be a testing examination of his credentials.

Hit up news.williamhill.com’s AJ microsite for all the latest from our brand ambassador 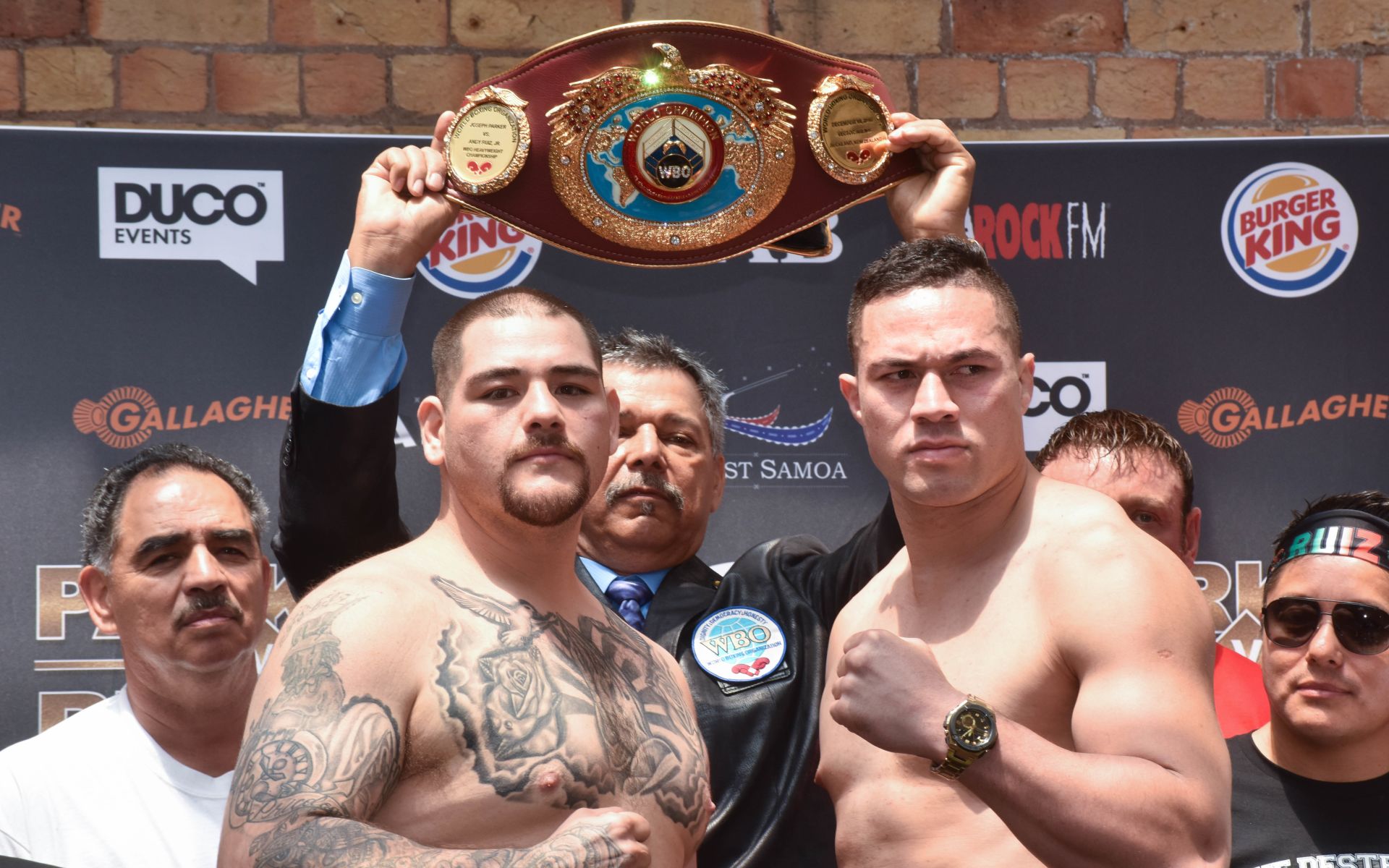 The Imperial, California resident may have been far from a household name on this side of the pond until news of his latest engagement began to come to light, but back in 2016 he came pretty close to disrupting the space-time continuum of Joshua’s ascent to heavyweight hegemony.

Ruiz travelled to the Spark Arena in Auckland, New Zealand to take on home hero Joseph Parker in a clash which would see him fail to best Joshua’s subsequent opponent by the slenderest of margins.

One judge scored the bout 114-114, while the decisive arbiters both marked the skirmish 115-113 in favour of the Kiwi fighter who would go on to become the first man to last the full 12 threes against AJ.

It was a showing all the more remarkable for having come in Ruiz’s first outing at the championship distance, with all his previous fights contested over 10 rounds or less.

The man they call Destroyer may not be an imposing physical specimen, but his narrow defeat to Parker is, as Hearn alluded to, a cut above anything in Jarrell Miller’s scrapbook.