Anthony Joshua and Tyson Fury’s eagerly awaited undisputed world heavyweight title fight looks set to be taking place this summer, and our research has revealed that it is Fury who is best suited to a summer showdown.

Joshua and Fury are on the verge of announcing their blockbuster bout, which will see them put all their world titles on the line to crown an undisputed heavyweight champion, with reports claiming that they could be set to meet in July.

And according to a study from William Hill, analysing Joshua and Fury’s combined 56 professional bouts, it’s Fury who will feel more at home competing during the summer, having claimed 23% of his career wins in the summer months, with Joshua winning just 8% of his.

Fury has a 100% record during the months of June, July and August with seven wins from seven, while Joshua has only managed a 67%-win rate with two wins from three, with his one and only career loss coming in the summer against Andy Ruiz Jr. 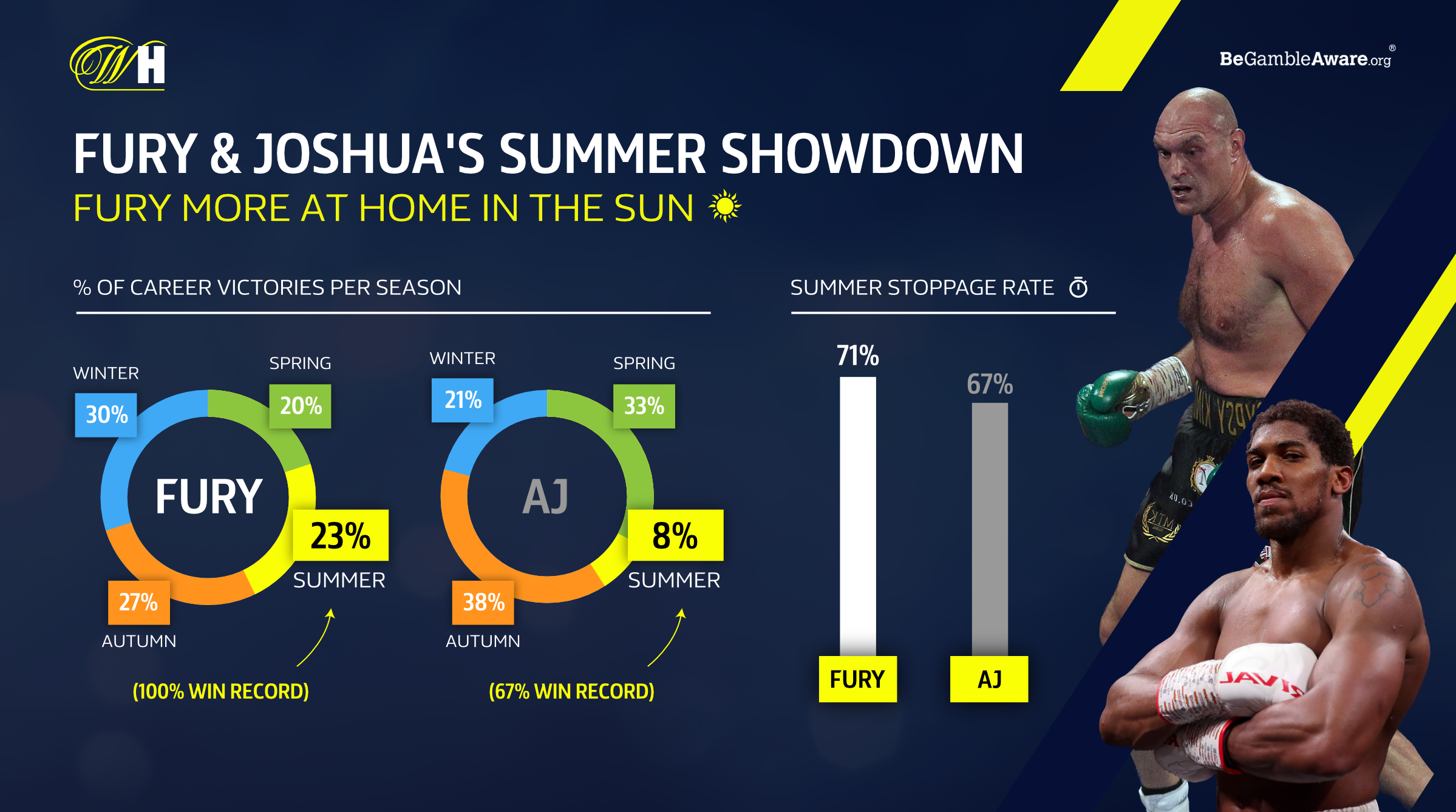 With the undisputed fight looking like taking place in July, Fury can also count on having the superior record from Julys gone by – 10% of his career wins have taken place in the seventh month of the year (three wins out of three) to Joshua’s 4% (one win from one).

When it comes to landing more stoppages in the summer, Fury can also claim to have a better record than his rival with a 71% stoppage rate against opponents (five out of seven) compared to Joshua’s 67% (two out of three).

While Fury has the edge over AJ during the summer, he is ultimately best suited to fighting in the winter with 30% of his career wins coming then, while Joshua is more at home in the autumn where he has secured 38% of his victories.