Tyson Fury will take another step towards lineal domination when he faces Deontay Wilder on Saturday, with our research revealing only four men have better lineal heavyweight championship records since 1950 than the Gypsy King, who could supplant them all in four years.

Our study analysing the 27 different lineal heavyweight championship reigns to have commenced from 1950 has revealed Fury ranks as the fifth strongest fighter of them all, having won five bouts and drawn one since defeating Wladimir Klitschko for the crown in 2015. The lineal championship is held initially by an undisputed champion at a relevant weight class, with the only way to become the next lineal champion by defeating the previous title holder.

Fury has a win rate of 83% in his fights and a stoppage rate of 57%, while his reign has lasted five years and 10 months – the third longest reign on the list. Based on Fury’s current trajectory as lineal champion, should his career continue that long, the Gypsy King would require six more fights over four years and five months to climb to the top of the rankings by March 2026.

Only four boxers have a better record than Fury in Larry Holmes, Wladimir Klitschko, Muhammad Ali and Rocky Marciano. Holmes sits top of the pile having won 12 and lost one during his four-year and 11-month reign between 1980 and 1985, during which he accrued a win rate of 92% and stoppage rate of 54% 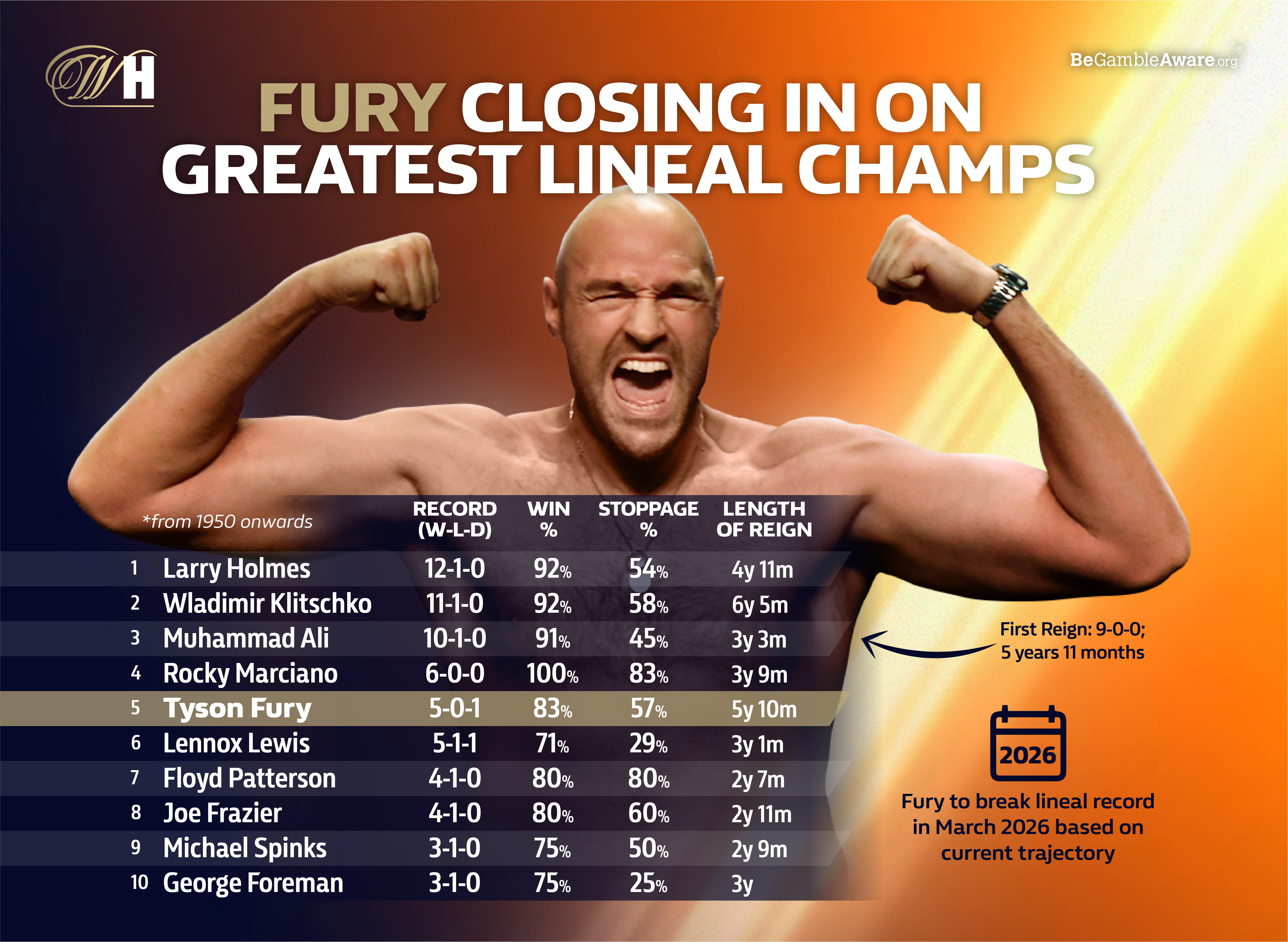 Klitschko follows in second, boasting 11 wins and a loss during his record six-year and five-month reign between 2009 and 2015 (92%-win rate and 58% stoppage rate).

Marciano just pips Fury into fourth due to his six wins during his three years and nine months between 1952 and 1956 (100%-win rate and 83% stoppage rate). Completing the top 10 are Lennox Lewis, Floyd Patterson, Joe Frazier, Michael Spinks and George Foreman.