The batsmen to have hit six sixes in an over

The cricketing equivalent of snooker’s 147, or the nine-dart leg, hitting six sixes in an over is a semi-mythical achievement that remains rarely realised, even in the big-hitting era of T20 batsmanship.

Some 17 years passed between the first and second times six successive sixes were hit in a first class over and the feat has since been emulated in an international ODI, an international T20 and three domestic top flight 20-over matches – the perfect Test Match over remains unconquered.

Below, we list every willow wielding wizard to have posted six sixes in an over in top level domestic or international cricket. 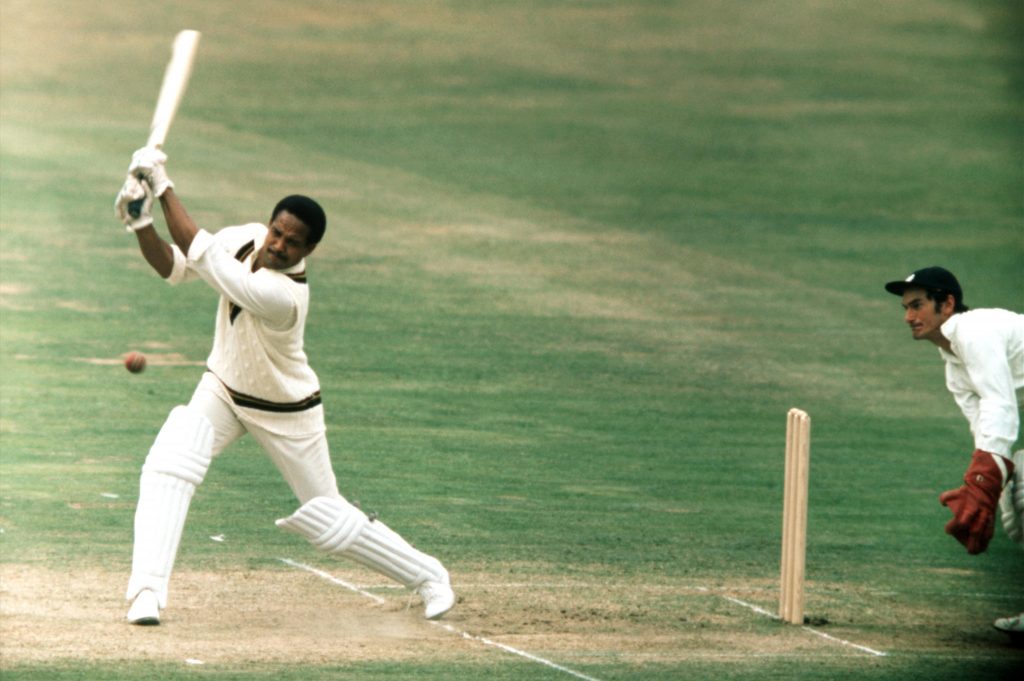 The flamboyant West Indian all-rounder was the first player to achieve the feat on 31st August 1968. Sobers was playing as captain for Nottinghamshire against Glamorgan when Malcolm Nash came on to bowl.

Nash had little idea when running up to the crease that, unfortunately, the over would represent the bulk of his cricket legacy. Sobers smashed five clean hits in a row for six, but on the sixth, was caught on the boundary.

Glamorgan relief was short-lived, however, as fielder Roger Davis carried the ball over the rope, resulting in the first over to have ever been hit for six sixes and adding to the mythical nature of the achievement.

Carlos Braithwaite looked on course to become the second West Indies international to hit six sixes in a row, in the T20 World Cup final in 2016, but ran out of runs to get. He smashed Ben Stokes for four consecutive sixes off the first four balls of the final over, winning the title in the process.

On 19th January 1985, Shastri, more commonly known as a defensive player, became the second ever cricketer to hit six sixes in an over.

The current India coach is also known for calling the action from the commentary box and has developed a reputation as one of the finest in the business, but it was with willow in hand which he first wrote his name into the history books.

Playing for Bombay against Baroda, he hit left-arm spinner Tilak Raj for 36 in six balls.

Shastri’s personal connection with the feat of six sixes in an over would not stop there and, 22 years later, on a warm spring evening in Durban, he would be the man to call the action during another completion of this remarkable feat.

For Gibbs, hitting six sixes in an over seemed to be written in the stars. He was South Africa’s most exciting and explosive batsman during the mid-1990s through to 2010.

It was during the World Cup in 2007, when he hit Daan van Bunge of the Netherlands for the full complement of six sixes in the over.

The ostentatious right-hander bludgeoned van Bunge’s deliveries with breath-taking skill, hitting them flat and high. Gibbs is still the only man to have completed the feat in a 50-over World Cup game and the first to do it internationally.

Few will forget Singh’s assault on the England cricket team and a hapless Stuart Broad during a World Cup T20 game in South Africa in spring 2007. Before Broad bowled the 19th over, Yuvraj had entered into a heated altercation with Andrew Flintoff.

However, it was Broad who would pay the ultimate price over the next six balls as an annoyed Singh carried out his brilliant retribution.

‘Yuvi’ didn’t break sweat once and, with the most exquisite timing and shot selection, dispatched a shell-shocked England seamer over the Kingsmead boundary six times in a row.

Once again, Shastri was the man behind the mic at the time of Singh’s brilliance, and who better to be calling the action.

Singh has since retired, but his brilliance that night will be remembered for as long as the game is played.

In July 2017, Worcestershire Rapids’ Whitely joined the select club with six successive maximums off the bowling of Yorkshire Vikings spinner Karl Carver in a T20 Blast match at Headingley.

Agonisingly for the Sheffield-born batsman his efforts were in vain as the Rapids lost, with David Willey, the man who eventually sent him back to the dressing room, also smashing a match-winning 118 off 55 balls in a remarkable contest.

The next addition to this list comes from the less-heralded cricketing climes of the Afghanistan Premier League (T20), where Zazai bludgeoned his way into the history books off the deliveries of the hapless Abdullah Mazari.

On multiple occasions the Kabul Zwanan batsman’s mighty strokes came perilously close to departing the stadium altogether in a display of brutal hitting.

Canterbury Kings batsman Leo Carter made history in January 2020 following his stunning six sixes in an over during his side’s T20 match against the Northern Knights to join this elite club.

Carter, taking part in New Zealand’s Super Smash competition, hit six successive sixes on his way to racking up an impressive tally of 70 not out off just 29 balls, which inspired Canterbury Kings to a seven-wicket victory with seven balls to spare.

We had to wait over a year for the next player to ink their name into the history books, with Kieron Pollard achieving the feat in March 2021 for West Indies against Sri Lanka. Pollard became the first player to hit six sixes in an international over since Singh in 2007, while he was also just the third player to do it in international cricket following Yuvraj and Herschelle Gibbs. Pollard’s feat was even more impressive given bowler Akila Dananjaya had just taken a hat-trick in his previous over.

Like waiting for a bus, two then came at once in March 2021, with Thisara Perera following Pollard just a few weeks later. All-rounder Perera was batting for Army Sports CC against Bloomfield Cricket and Athletic Club in a List-A fixture. Perera’s stunning effort took him to a final score of 52 from just 13 balls as he scored the second-fastest half-century in List A cricket. He also became the first Sri Lankan to hit six sixes in an over in any form of professional cricket.

Check out all the latest cricket betting odds at William Hill