Sri Lanka vs England betting tips & odds: Moeen Ali can spin it to win it

England are 4/9 favourites in the match odds for their One Day International series opener against Sri Lanka at the Rangiri Dambulla International Stadium, so we’ll be looking deeper into the wagers to unearth more attractively-priced tips ahead of the encounter.

Eoin Morgan’s side has enjoyed a superb year of cricket to date in the 50-over game, racking up away series wins in New Zealand and Australia, as well home series successes at the expense of the Aussies and, most recently, India.

An unexpected reverse against Scotland is the sole cause for genuinely red faces during a 2018 that’s rewarded those punting on them in 14 of their 19 one-day internationals. They’re just a 2/5 pick in the ODI series odds, with 3-2 and 4-1 wins co-favourite correct score selections at odds of 5/2.

The hosts rated 7/4 outsiders in our Sri Lanka vs England betting tips, have been in the ODI doldrums in recent years, losing a dozen in a row in 2017 and 16 of 17 outings between the summer of 2017 and January of 2018.

Some signs of recovery had been evident following successive home wins over South Africa, but a new low, exiting the Asia Cup in the groups after losses to Afghanistan and Bangladesh, makes it hard to trust in them from a win-betting perspective. 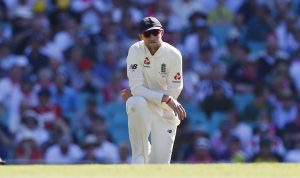 England’s Joe Root could be the key in defeating Sri Lanka in foreign conditions.

Moeen highlighted his value in this market when taking 3/42 in the rain-affected ODI against the Sri Lanka Board XI, where he was England’s leading wicket-taker.

The first of our Sri Lanka vs England betting tips was entrusted with ten overs by his skipper in Colombo, with fellow spinner Adil Rashid, the favourite in this market at a pick of 3/1 odds, the only other bowler to get as many.

Ali proved himself as the tourists’ first-choice twirler by equalling Rashid’s India Test Series haul of a dozen wickets, despite playing in two Tests to his teammate’s five in the summer.

Joe Root looks a rock-solid favourite after consecutive top-scoring tons in his last two ODIs and a 90 not out against the Sri Lanka Board XI, especially given he was England’s leading run scorer in their three most recent ODIs in the land formerly known as Ceylon.

However, at 11/4, there are juicier Sri Lanka vs England betting tips in this market.

At 6/1, the man that pipped him to land the top England batsman odds in that Colombo clash, captain Morgan, looks a like a value alternative and our second selection for this encounter.

Likely batting at four, he should have the time at the crease to amass a substantial total that may not be granted to rivals for this accolade stationed further down the order, such as Jos Buttler, Ben Stokes or the intriguing 16/1 pick Sam Curran.

Upul Tharanga is favourite here mainly on his consistency among a failing batting line-up but hasn’t scored more than 40 in 11 of his last 12 one-day internationals.

Wicket-keeper batsman Kusal Perera is trading at odds of 5/1 compared to the opener’s 10/3 favouritism here and, although the total of his last three ODI innings adds up to just 36, he struck 40 runs or more in six of the nine before them.

Of those 40-plus contributions, three were of a half-century or more, with two scores reaching the eighties. His predilection for batting aggressively makes him a value Sri Lanka vs England betting tip for this market.