Rewind 12 months and Michael van Gerwen’s odds to successfully defend the World Darts Championship were 8/11 on the eve of the tournament.

MVG eventually reached the semi-finals, where 58 missed darts at doubles were a massive contributory factor in him losing via a sudden-death leg to eventual champion Rob Cross.

Go back another year to the 2017 World Darts Championship and Van Gerwen was odds-on again to triumph. Takers of the early 4/6 were rewarded as he toppled Gary Anderson 7-3 in the final.

The wait for Mighty Mike to begin the Alexandra Palace showcase at an odds-against price has been three years in the making, but it’s finally here and you should snap it up with both hands.

Van Gerwen is 11/8 hit the final double to become a treble world champion and betting £10 on our tournament winner market will also earn you an additional £10 bet to use elsewhere on the darts. 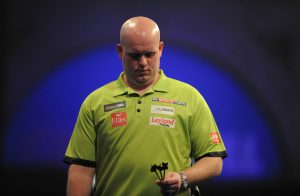 Can Mighty Mike silence his doubters and win the Darts World Championship?

Why the MvG negativity?

Any negativity surrounding Van Gerwen is likely to fall into one of three categories – his recent form, his route to the title or his double struggles.

The Dutchman is without a PDC tournament win since the European Darts Trophy in mid-October. He has also only reached one final in this two-month period when losing to Daryl Gurney in the recent Players Championship Finals.

Being the top seed, MVG finds himself in the top quarter of the draw, which also features former champions Raymond van Barneveld and Adrian Lewis. 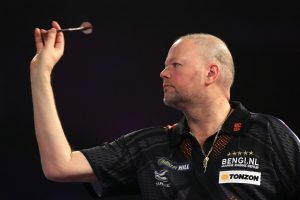 Raymond van Barneveld remains one of the challengers to the World Darts Championship title.

With Simon Whitlock, alongside in-form trio James Wade, Danny Noppert and Krzysztof Ratajski others in this section, it’s arguably the most stacked of the four draw quarters.

However, here are a list of reasons as to why Van Gerwen remains the man to beat and is the best value bet from within the World Darts Championship odds.

See if you agree with these reasons to bet on MVG

Thanks to Ochepedia on Twitter for many of these stats.

Van Gerwen has won the most tournaments this year, has registered the most high checkouts, has hit bigger three-dart scores and consistently averages highly against the best players in the game, while their standards haven’t been so high against him in the last year.

Taking all of this into account, Van Gerwen should arguably be odds-on again to become world champion, not the generous 11/8 that is available.

Click here to create a William Hill account; we’re offering new customers £30 in free bets when you bet £10 on any of the Dart’s World Championship action.