Rod Harrington's Guide to the PDC World Cup of Darts

News.williamhill.com’s oracle of the oche Rod, the Prince of Style, Harrington is back on your screens with his betting guide to the PDC World Cup of Darts.

Followers of Rod’s Odds were in clover when Michael van Gerwen completed a Premier League regular season and play-offs double recently, but the ‘Sharp Dressed Man’ is abandoning Mighty Mike for the humdinger in Hamburg.

Scroll down for his thoughts on all the main PDC World Cup of Darts outright betting contenders. 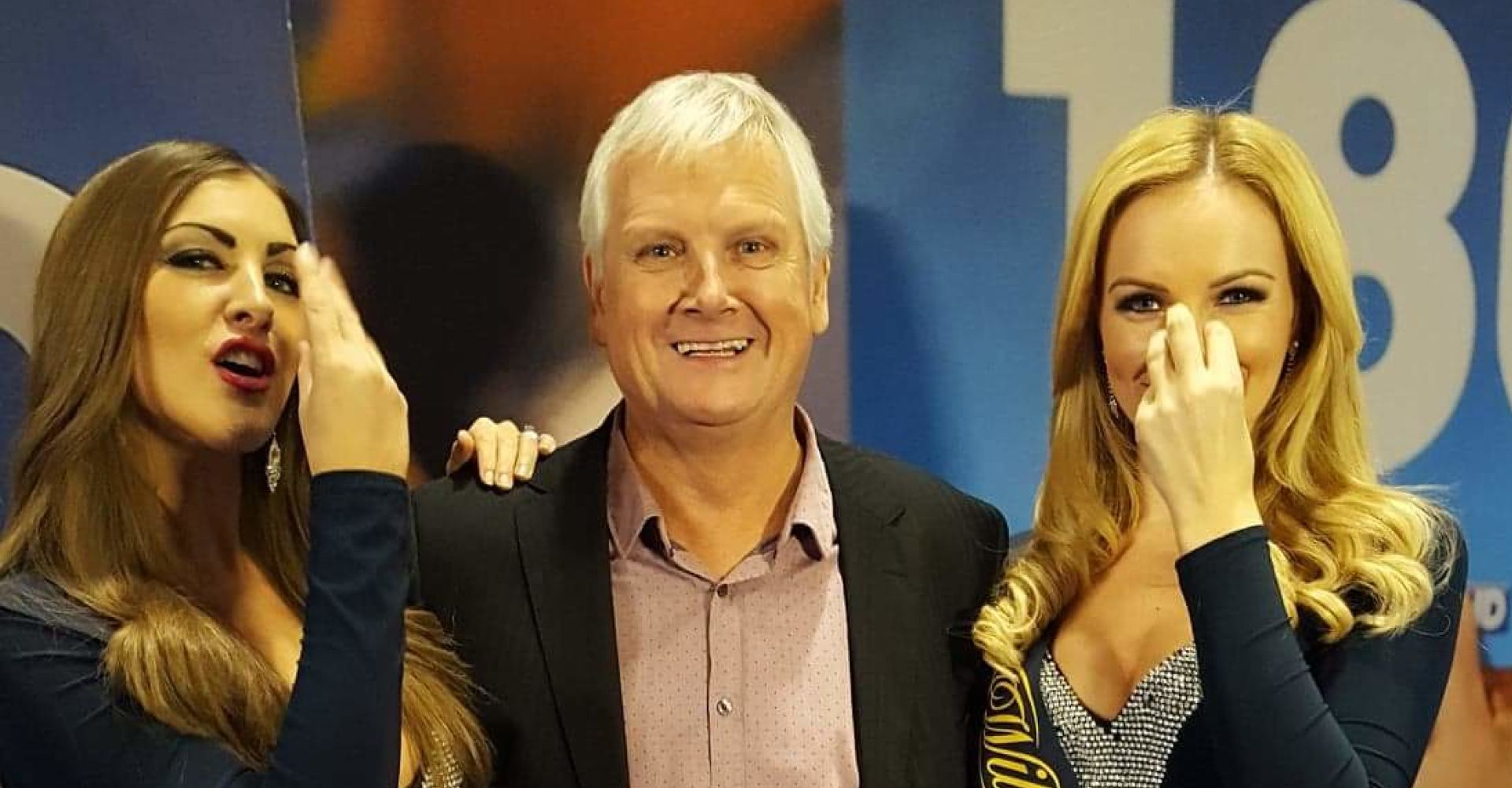 You do not see MVG out at number four seed in any event, but it’s because he has a new partner in Jermaine Wattimena, the second highest-ranked Dutch player ahead of Raymond van Barneveld who misses his first ever World Cup.

MVG will play a great captain’s role here and he will be ready to hold up more then his end, he is the world number one and coming off another Premier League win and he’s also won four European events already this year so his form and mind-set should be in a perfect place.

The problem might be how well Wattimena reacts to representing his country. I feel it might get to him. He’s a bright young talent with a very fast throw and sometimes in this situation that can be a small problem.

The Dutch take on the Spain of Toni Alcinas and Cristo Reyes, who could do some damage, especially if Reyes can get into his game quickly. That will give more confidence to Alcinas, as it did when the young Spaniard checked out 116 to beat England back in 2010.

I still think that Holland will win the clash and they’re 1/9 to do so, but if we are looking for a major upset then perhaps this might be the one. 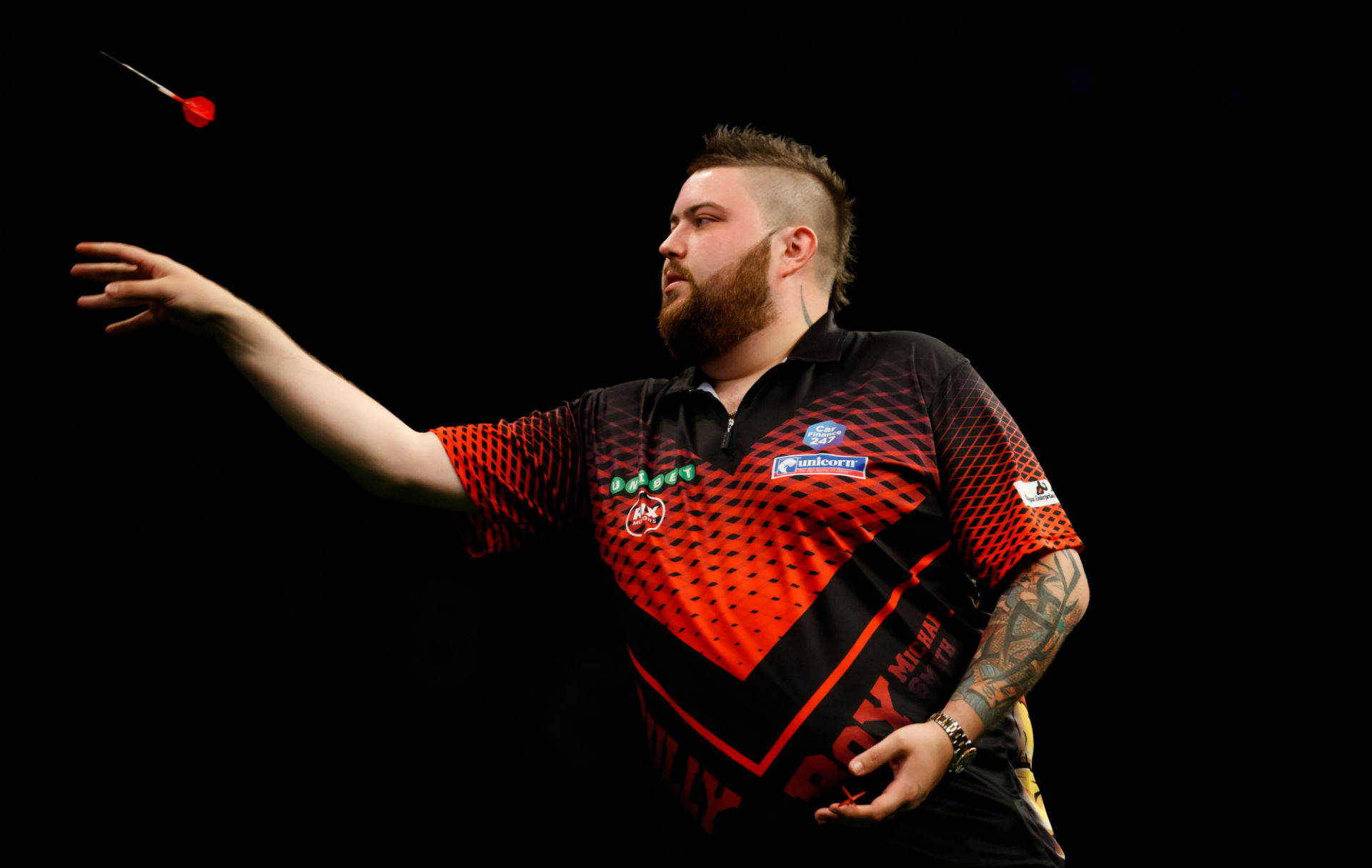 Will Michael Smith step up on his Premier League form in an England shirt?

England’s Rob Cross and Michael Smith go into this year’s World Cup as the number one seeds and while Cross has been there before it’s the debutante Smith that will need to get his form back if they are to lift the trophy.

Smith was below par in the Premier League, however he still scored well in most of his games, so if he can keep that going and hit a few doubles at crucial times then they do have a great chance of winning this event.

I believe Cross will step up to the mark, his performance in the PL was good and solid and he’ll certainly have to play the captain’s roll when the games get to the business end.

England’s first match is against the Philippines, a team they cannot take lightly because Lourence Ilagan and Noel Malicdem have both been here before.

I’ve been very impressed with Ilagan over the years he has attended, not only in the World Cup but the World Championship also.

I do think that England will win this one, however it could be the banana skin if they don’t stay focused. Who can forget the Spaniards beating England  in the very first World Cup in Sunderland?

The number two seeds are Scotland and the team of Gary Anderson and Peter Wright have a great chance of winning this. They’re my tip to do so, although Will Hill have them third favourites in the PDC World Cup of Darts betting.

Anderson hasn’t played a lot this year due to back problems. However the word is he can’t wait to get back on the tournament board and has been putting in plenty of practice. He’s refreshed and raring to go and if he can get that scoring power going then it will take the pressure off Wright a bit.

Wright himself has not had the best of years, including a very quiet Premier League by his standards.

Although he’s had some good runs in a lot of the European events, he’ll need to have the right set of darts going into this event, because representing your country and having a partner that you don’t want to let down comes with a bit more pressure to stay solid.

Scotland play Denmark in their first game and they’re another country with plenty of experience, so staying focused is essential.

I’ve got the Scots beating the Danes at 1/12 and going on to lift the trophy for the first time. Being on the other side of the draw to England and Holland can only help their cause. 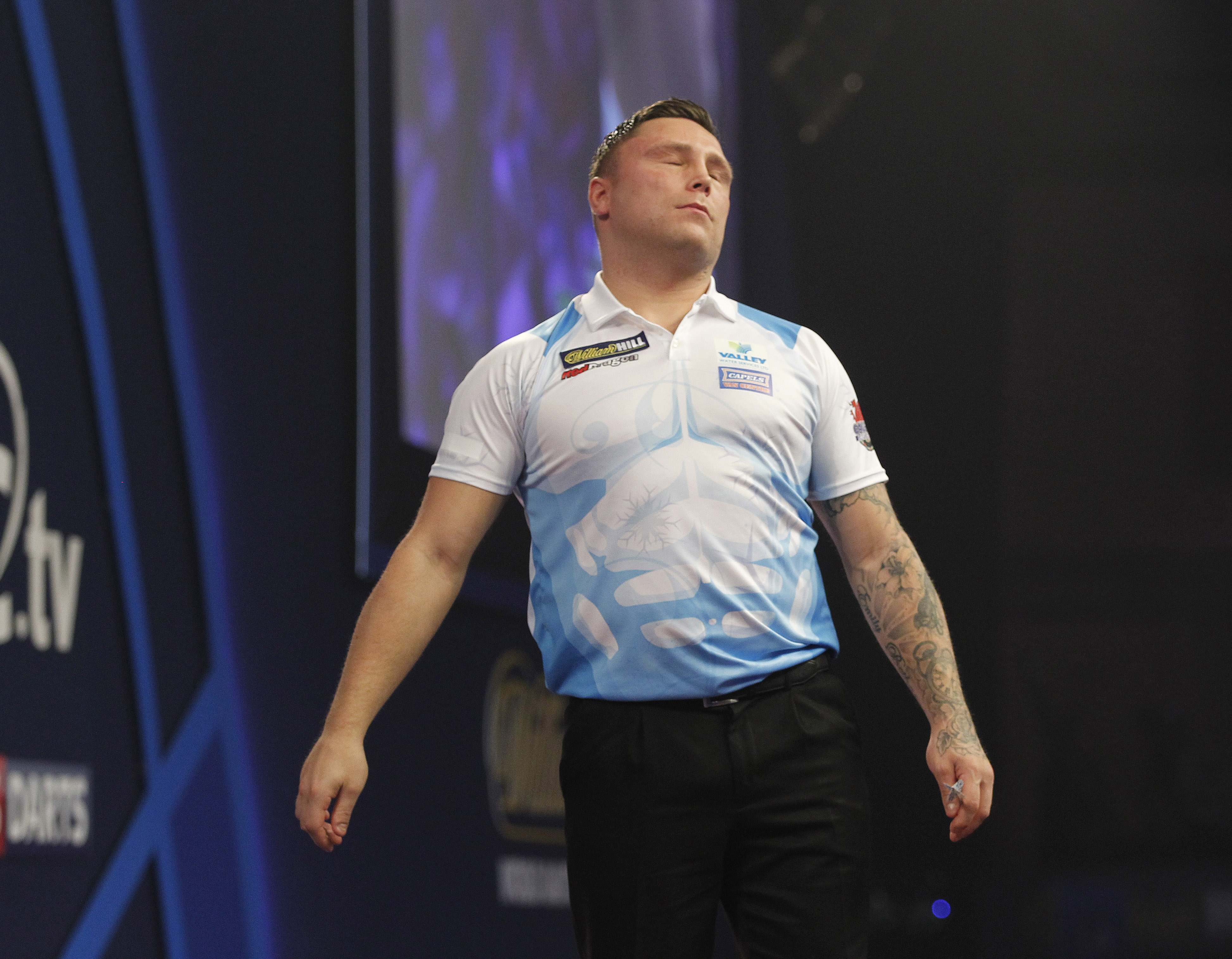 Wales come in as the number three seeds and although Gerwyn Price has had a great year Jonny Clayton is not at the top of his form as he was last year. However, what the Welsh lack in a bit of form they normally make up in passion, which you might not see in some of the other teams.

Wales take on the Singapore duo of Paul Lim and Harith Lim, who beat the Scottish in 2017, with Paul taking out a 120 to clinch the win.

I do have the Welsh winning this and perhaps doing well as I see Price being possibly playing the best captain’s role of this World Cup, but to win the event Clayton has got to find the form of last year.

Northern Ireland, seeded sixth and tipped by news.williamhill’s Sam Norris, will also be a team that could do well. If Brendon Dolan can get his game going he’s got a great captain in Daryl Gurney who can beat anyone on his day.

Australia, the fifth seeded pairing of Simon Whitlock and Kyle Anderson, will always be dangerous and another team, like the Welsh, who love the passion of representing their country. If Whitlock can get Anderson going then this pair will do some damage.

Belgium, number seven seeds, could have a good run if Kim Huybrechts can get his top form back. He’s a very passionate player and will bring the best out of Dimitri Van Den Burgh. This pair could be one of the outsiders to win this event if they can get their game together. 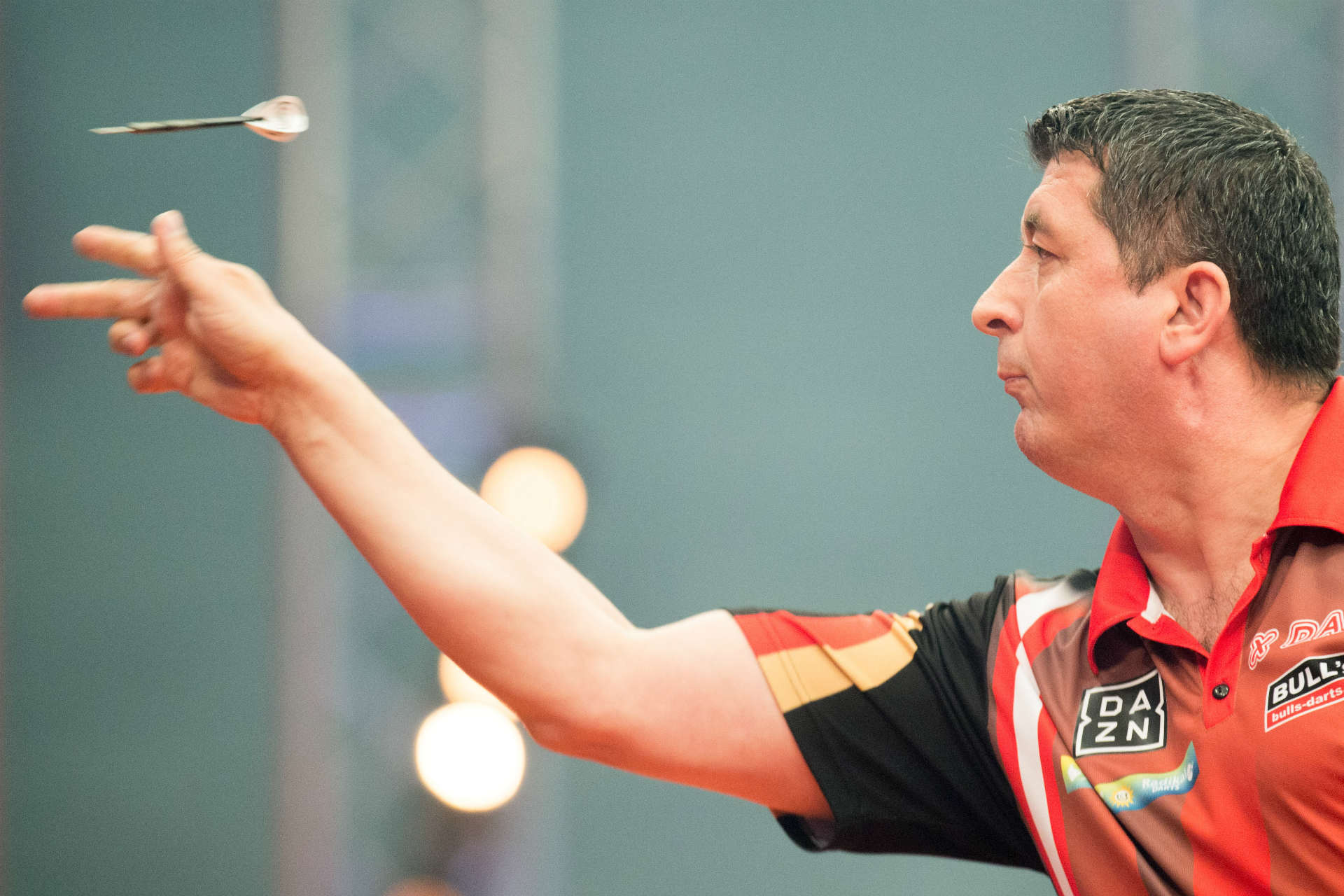 ‘The Gentle’ should ably abetted by Zoran Lerchbacher in Hamburg

Austria, the number eight seeds, will be very dangerous as they are captained by Mensur Suljovic, who has been one of the most solid players in the game over the past few years and, now Zoran Lerchbacher has stepped his game up, Austria could have their best run in this event.

The best of the PDC World Cup of Darts betting outsiders

Of the rest, Germany being the host nation will do well. Not only will they get the best support, but Max Hopp has been playing very well of late. He’ll need to inspire Martin Schindler to do so.

Republic of Ireland’s pair have been playing well, especially William O’Connor who has been playing the best darts of his career, posting many 100 plus averages of late.

His partner Steve Lennon had a great match against Peter Wright in the Premier League in Dublin so if he can back O’Connor up then the Irish are another team that could do well.

Poland are the only other outsider that could do well because Krzysztof Ratajski has won a few tour events.

He’s in top form this year, shooting up the world rankings on the back of those events and if Tytus Kanik can get going then they could upset one of the big teams.