After 15 weeks of competitive action, the field has been whittled down to just four players. Can anyone stop Michael van Gerwen wrapping up his third consecutive Premier League title?

Michael Smith and Rob Cross have both enjoyed remarkable debut seasons in the Premier League and will be competing at the O2 for the first time, whilst Gary Anderson and MVG are regulars at this stage of the competition.

Gary Anderson was the final player to book his place in the semi-finals as he surprisingly defeated Michael van Gerwen in Aberdeen. The Dutchman was already guaranteed a spot at the O2 but the home crowd got behind ‘The Flying Scotsman’ and he truly rose to the occasion. MVG suffered just his fourth defeat of the season and the pair could cross swords once again in the final of the 2018 Premier League. 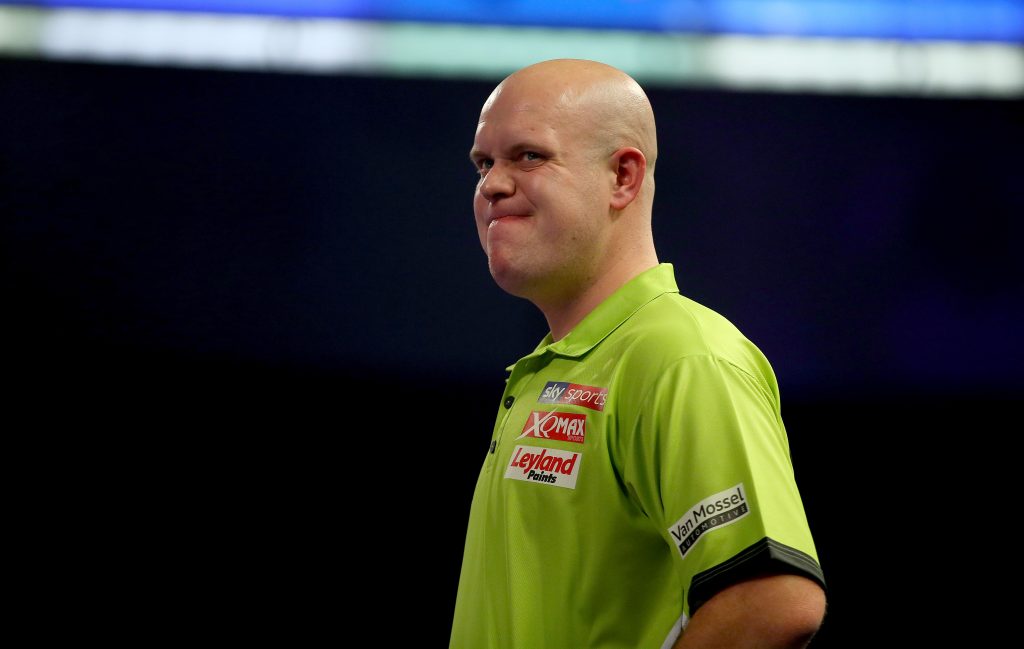 Michael van Gerwen lost only his fourth game of the season last round.

Rob Cross could only draw 6-6 with Simon Whitlock with the Aussie surprisingly picking up a point against ‘Voltage’. Michael Smith also had to settle for a point against Raymond van Barneveld whilst Peter Wright and Daryl Gurney also shared the spoils, which put an end to ‘Super Chin’s’ faint chances of qualifying for the finals.

Rob Cross arrives into semi-final week in poor form having failed to pick up a victory in any of his last five Premier League matches. His last victory in this competition arrived on April 17th against Daryl Gurney.

Michael Smith picked up his second consecutive draw in Aberdeen and is winless in three Premier League matches. That barren run includes a 7-1 hammering by Michael van Gerwen at the end of April.

Michael van Gerwen has lost two of his last four matches – however, both losses have been by a narrow margin and he deservedly finished top of the league, three points clear of Michael Smith.

Gary Anderson prepared for the semi-finals in ideal fashion, by beating MVG in Aberdeen. He’s won three of his last five Premier League games and arrives in decent form.

Michael van Gerwen is the 1/2 favourite to secure his fourth Premier League title in 2018 and has been the most consistent player throughout the competition. Gary Anderson will need to use his vast experience to triumph and can be backed at 7/2.

Rob Cross is priced at 13/2 to continue his remarkable 2018, whilst Michael Smith has been priced up as the outsider at 12/1. 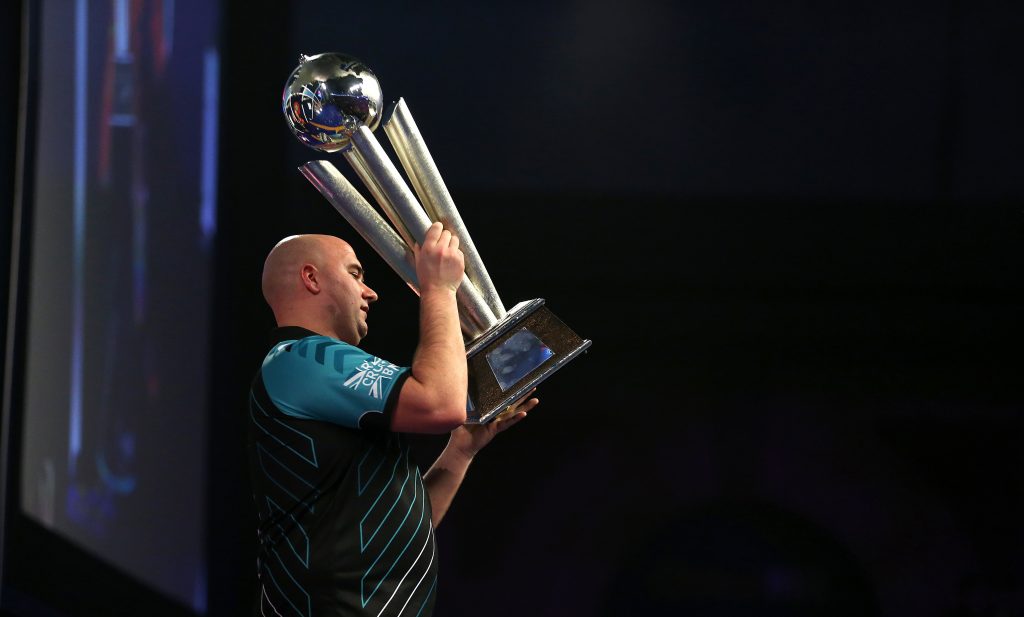 Rob Cross is looking to continue his extraordinary 2018.

Michael van Gerwen is 1/5 to beat out-of-form Rob Cross at the O2. The former-electrician has struggled in recent weeks but has shown that he can rise to the big occasion after beating the Dutchman in the semi-final of the William Hill World Darts Championship in January. He is available at 4/1 to spring a surprise here.

Gary Anderson has been priced up as the 4/11 favourite for his semi-final clash against Michael Smith. ‘Bully Boy’ has enjoyed a terrific debut season in the Premier League and can be backed at 9/4 to ease past the Scot here.

Although Rob Cross is a relative newcomer to the PDC tour, he has already crossed paths with Michael van Gerwen on a number of occasions. ‘Mighty Mike’ has been victorious in both of their Premier League meetings this season, winning 7-2 on each occasion. The Dutchman is 10/11 to win by four clear legs here and should be backed on the -3.5 handicap.

Both of these players rank highly when it comes to hitting 180s this season, with the pair collectively firing in 110 maximums so far. With this semi-final encounter being played over 19 legs, there is ample opportunity to add to that impressive tally. Over 10.5 total match 180s is available at 10/11 and looks decent value.

For those who don’t mind a short-price, Michael van Gerwen is 1/2 to have the highest match checkout here, whilst it’s 5/6 for MVG’s highest checkout to be Over 120.5. He has averaged an impressive 121.06 this season and on the big stage, he always pulls out a showstopping performance.

Our enhanced odds offer Michael van Gerwen to win, have the highest match checkout and land the most 180s at 9/4 and this offers terrific value for those who believe that the Dutchman can dominate this fixture once again. This would have landed in each of the pair’s previous two Premier League meetings.

Michael Smith faces Gary Anderson in the second Premier League fixture of the night and this game could be extremely close.

Although he’s one of the biggest hitters on the tour, Bully Boy has averaged less than two 180s per game this season and didn’t hit a single maximum when the pair met in April. Gary Anderson is 8/11 to secure the most 180s in this game and the Scot has dominated this area in 56% of his matches this campaign.

It’s 4/6 for Gary Anderson to land the highest match checkout and this should also be backed. He landed  138 when the pair met on April 18th. 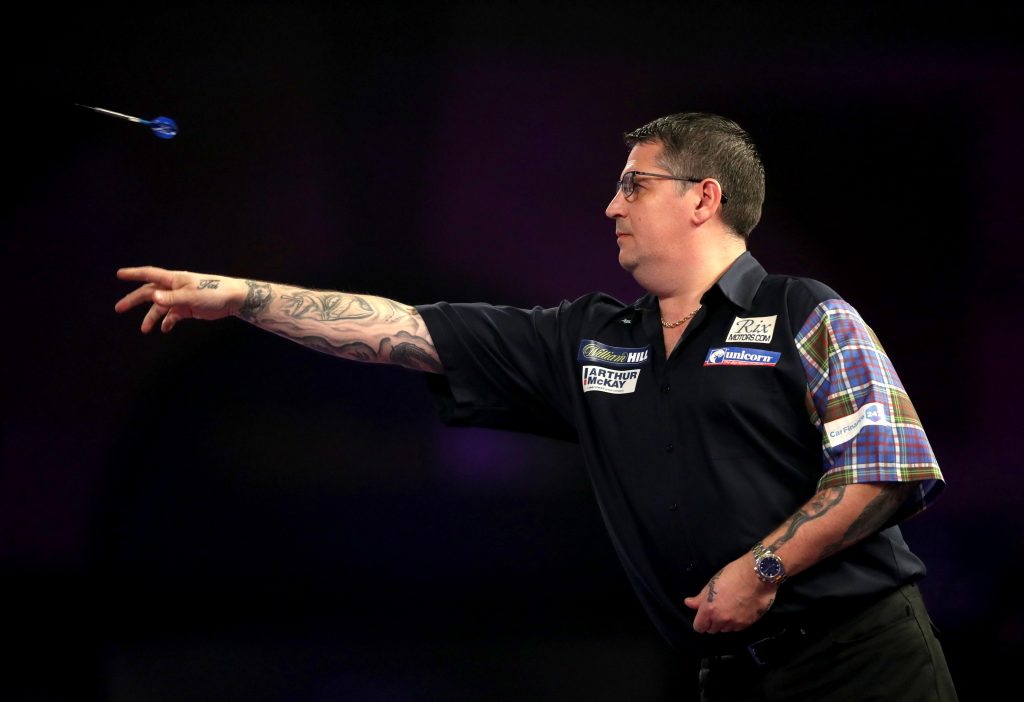 Gary Anderson will be hoping to land the highest checkout in this match.

Michael Smith won 7-5 when the pair crossed paths in week one of the Premier League and this could be a game which is also settled by just a couple of legs. There is plenty at stake and neither player will want to make a costly error. It’s 10/11 for over 16.5 legs in this encounter and that looks hugely tempting here.

There are a number of #YourOdds available on the website and it’s 11/8 for over two 99+ checkouts in this match. We could potentially have upwards of 17 legs in this game and that offers plenty of opportunities for this to land.