Michael Smith’s run to the final of this season’s Premier League, which included a semi-final triumph over Gary Anderson, cemented his position as a player to keep onside from a betting perspective at the 2019 World Darts Championship.

As a result, the St Helens native was many people’s idea of a longer-priced punt in the World Darts Championship betting, with this market support seeing his odds shrink to 10/1 before even throwing a dart. Only Michael van Gerwen and Anderson are currently shorter.

Smith has never previously gone beyond the quarter-finals at Alexandra Palace and begins his quest to better that record this time in round two against Ron Meulenkamp, where we’re expecting a familiar winning scoreline for the Bully Boy. 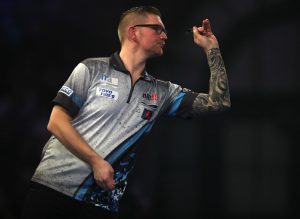 Ron Meulenkamp is Michael Smith’s opponent in round two at the World Darts Championship.

Understandably, Smith is the clear favourite in the World Darts Championship odds at 1/6 with his Dutch opponent being a 4/1 underdog.

However, Smith has a track record for making things difficult in his opening Alexandra Palace encounter. In each of the last three years, he has needed a deciding set to win his first showdown 3-2.

This was the score against Jeffrey de Zwaan in 2016, Rickie Evans in 2017 and Steve Lennon 12 months ago.

A 3-2 Smith victory is the bet that keeps on giving in his opening match of the World Darts Championship and another repeat against Meulenkamp is priced up at an attractive 9/2. 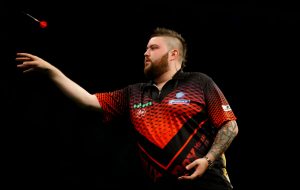 Michael Smith is making a habit of winning his first match 3-2 at the World Darts Championship.

There are also two other reasons why the number-10 seed might find his opening fixture tougher going than the odds suggest he should.

Firstly, Meulenkamp’s 3-2 victory over Brazil’s Diogo Portela in the first round is significant as it represented his first ever win in this tournament, having lost his opening game in both 2015 and 2017.

What’s more, the Dutchman maintained an average of 93.56 across the five sets, which is among the highest registered by the unseeded players required to participate in round one.

Playing to a similar level against Smith should ensure he has darts to win a fair proportion of legs.