Mensur Suljovic has assembled a solid catalogue of results over the last 12 months, with the highlight being a 21-19 in legs defeat to Gary Anderson in the final of the World Matchplay.

This sits alongside a collection of semi-final appearances in the World Grand Prix, Grand Slam of Darts, The Masters and the Champions League of Darts.

However, if there’s one tournament where historically Suljovic has struggled, it’s the World Darts Championship, where he’s 16/1 to lift the title for the first time.

The Gentle is yet to go any deeper than round three in 10 previous appearances and a second-round exit looks a real possibility against Ryan Searle this year, partly because of a nightmarish seeding. 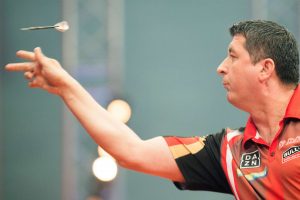 Can Mensur Suljovic make it beyond round two of the World Darts Championship?

Seven the unlucky seed at the World Darts Championship

In three of the last five years at Alexandra Palace, the player seeded seven has failed to win a match at the event.

Adrian Lewis fell at the first hurdle 12 months ago when losing to little-known German Kevin Munch, in 2015 Simon Whitlock was beaten by Darren Webster and the year previous Dave Chisnall was dumped out by John Henderson.

Searle made light work of Stephen Burton in the opening round of his World Darts Championship debut, securing a 3-0 victory. He also pushed Daryl Gurney to a deciding leg in the Players Championship Finals last month.

Suljovic’s odds are 1/6 to beat Searle and this does make sense given the 55 positions currently separating the pair in the official world darts rankings. 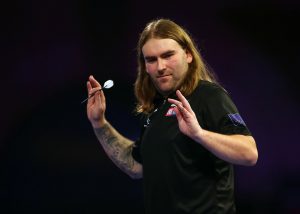 Ryan Searle is bidding to extend the curse of the seventh seed at the World Darts Championship.

Yet, with Peter Wright and Raymond van Barneveld already departing at the second-round stage, surprise eliminations are far from outlandish.

Will you be backing Suljovic to complete the treble? Searle is 4/1 to progress into a third-round tungsten tussle with either James Wilson or William O’Connor.