Van Gerwen vs Lewis – A banker, value bet and longshot for last-16 clash

The World Darts Championships is back after a short Christmas break and back with a bang it certainly is, with the biggest clash of this year’s tournament so far soon to take place on the Alexandra Palace oche.

Michael van Gerwen and Adrian Lewis are both two-time world champions chasing the treble in this 2019 event. Van Gerwen is tournament favourite at 5/4 in the outright World Darts Championship betting, with Jackpot available at 25/1.

Lewis has added extra spice to this last-16 encounter by suggesting that the number-one seed is vulnerable in what will be their first meeting of the year. Yet, Lewis has lost his last seven match-ups with MVG, with his last televised success occurring way back in the 2015 Premier League.

Therefore, Van Gerwen’s match odds of 1/5 seem more than justified, even if difficult to get especially excited about. So we’ve got a banker, value bet and longshot at more attractive prices to sink your teeth into instead. 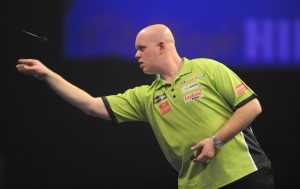 Can the tournament favourite trump Adrian Lewis in this Thursday’s heavyweight clash?

The last time Mighty Mike’s three-dart average fell south of 100 in this tournament was back in round one in 2016 when running into unexpected bother against German qualifier Rene Eidams. Even then, MVG averaged 99.03.

This means he’s averaged over 100 in 15 consecutive World Darts Championship matches. The longest streak of Phil Taylor in his pomp was only 11.

Van Gerwen has averaged 102.59 and 101.51 in his two Alexandra Palace outings so far this time and there seems no reason to anticipate any less of the same against Lewis. If anything, the tougher opponent is only likely to cause him to up his game.

lewis managed exactly seven maximums in the last round against Darius Labanauskas in a match that was over within 15 legs.

Meanwhile, MVG hit six in his 4-1 triumph over Max Hopp and can also be expected to better that figure in a match that is expected to go deeper. The winner of this best-of-seven tungsten tussle progresses to the quarterfinals to square off with either Ryan Joyce or James Wade. 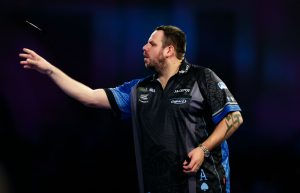 Any regular darts watchers will be well aware of the regularity that Van Gerwen likes to leave the highest possible finish in the sport.

He took out the Big Fish outshot to win the third set against Hopp in the last round and will certainly have chances to go treble 20, treble 20, bullseye against Lewis.

Click here to create a William Hill account; we’re offering new customers £30 in free bets when you bet £10 on any of the Darts matches.