The 2019 William Hill World Darts Championships will be a historic one as Lisa Ashton and Anastasia Dobromyslova become the first women ever to compete in the tournament proper.

Both are multiple world champions of the women’s game, with Ashton beating Dobromyslova 3-1 in this year’s BDO final. The pair qualified for Alexandra Palace with victories in the UK and Ireland and European women’s qualifiers respectively.

Ashton is 5/2 to best 3/10 match betting favourite Jan Dekker in her first-round encounter, while Dobromyslova is a bigger underdog against Ryan Joyce at a substantial 5/1 to the Geordie’s 1/8.

However, while a tournament triumph would be a tall order for either woman, a maiden main draw victory for the XX chromosome in north London isn’t beyond the realms of possibility. Why? 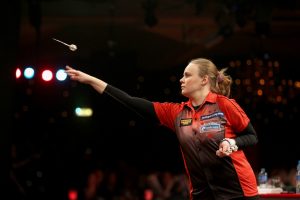 Anastasia has three women’s world championships to her name while Lisa has four, meaning both women have the edge on their first-round foes when it comes to high-pressure set-play darts tournament experience.

Joyce is a fellow PDC World Championship debutant, who has never been beyond the last 32 of a major tournament. Dekker has more previous in going deep at major tournaments but has still to hold his nerve and reach a final.

Ashton is capable of upholding a very competitive three-dart average

Both the Lancashire Rose and her Russian sister in arrows’ competitive three-dart averages for the year to date are more than 10 below those of their opening opponents.

Yet the Bolton darter, at least, is capable of a very competitive mean on her day, as she showed when recording a 98.85 average, the highest ever in a televised women’s match, back in 2016.

That’s comfortably superior to Dekker’s year-to-date average of 92 and would see her very competitive in their tie if she was able to reproduce it. 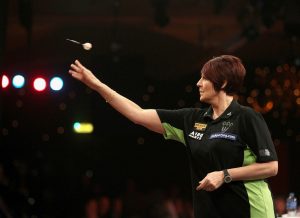 The Russian has form for beating the boys before

This isn’t Dobromyslova’s first darting dance with the men’s game. She contested the PDC Grand Slam of Darts in 2008 and while she lost all three group games, she pulled off some impressive finishes including a Shanghai 120 in going down 5 legs to 4 against Wayne Mardle.

A year later she was given an entry into the World Championships preliminary qualifying round, but lost out to Remco van Eijden 5-3 (legs), before returning to the Grand Slam of Darts and pulling off a famous 5-4 (legs) success over Vincent van der Voort.