Title sponsors William Hill have extended their commitment to darts’ flagship tournament with a contract to further their support of the World Championship until 2022.

The bookmaking giant have been sponsors of the World Championship since 2015 and previously sponsored the Grand Slam of Darts from 2011-2014.

World number one Michael van Gerwen is the current 11/10 favourite in the outright betting ahead of the 2019 edition, with defending champion Rob Cross and Gary Anderson joint 6/1 second favourites.

“We have a great relationship with Barry Hearn and his team at the PDC and we’re thrilled to continue this partnership until at least 2022.”

The biggest tournament in darts is set to expand as the William Hill World Championship grows to include 96 competitors and a record £2.5 million prize fund, including a huge £500,000 to the 2018/2019 champion.

In the biggest development for the tournament since its move to London’s Alexandra Palace a decade ago, the World Championship will continue its remarkable growth both on and off the oche this year.

The sport’s biggest event has seen 72 players in recent years competing in a festival of darts across the Christmas and New Year period, with live coverage on Sky Sports being broadcast worldwide.

The introduction of 24 further qualifiers will see the field increase to 96 competitors, with additional professionals joining an expanded group of international qualifiers which will include two female contenders.

Six additional sessions will be added to this year’s schedule to accommodate the extra matches, providing greater opportunities for fans to see the World Championship live following the sell-out interest at Alexandra Palace in recent years and a 30 percent increase in Sky Sports’ live coverage to over 110 hours 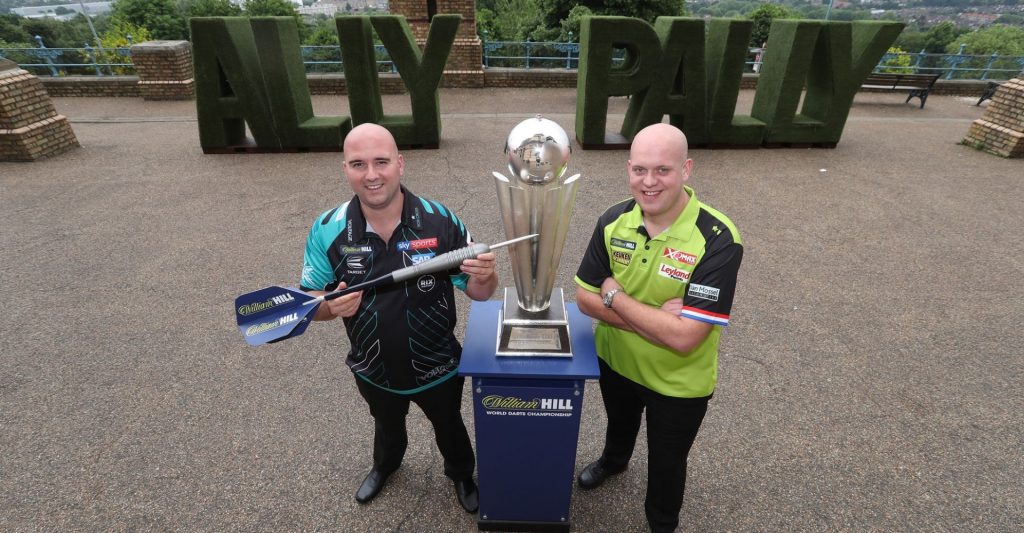 World Darts Championship tickets on sale at the end of July

Tickets for the 2018/2019 World Championship will take place from December 13-January 1, will go on sale at the end of July, with 90,000 tickets to be available for fans.

“The William Hill World Darts Championship has become a phenomenon in worldwide sport given its incredible growth in recent years, but this announcement takes the tournament to a whole new level,” said PDC Chairman Barry Hearn.

“The backing of our great sponsors at William Hill and worldwide broadcasters led by Sky Sports has been matched by the incredible interest from fans who flock to Alexandra Palace every Christmas and watch around the globe.

“The World Championship has grown year-on-year in the decade since our move from the Circus Tavern to Alexandra Palace, which is the perfect home for such a prestigious event.

“Moving to 96 players will not only reward more players from our ProTour, with 32 qualifiers joining the world’s top 32 players in securing places in the World Championship, but also gives us the opportunity to expand the international qualifiers.

“Our worldwide growth, in particular through our affiliated tours, has seen greater interest than ever for spots from around the globe as emerging players battle to compete on the biggest stage in darts.

“We also felt that it was important to guarantee two places for female players, which will go to qualifiers from the UK and Rest of the World.

“Combined with the leading professional talents in darts, rising stars from around the world and new faces who win through the qualifiers, this promises to be an incredible tournament and a feast of festive darts for fans either at Ally Pally or watching the tournament later this year.”

Female players will have the opportunity to compete later this year in a UK Qualifier or a Rest of the World Qualifier to claim their spot in the World Championship, where they could emulate previous competitors Gayl King and Anastasia Dobromyslova, with the news following on from Chinese qualifier Momo Zhou’s participation in last weekend’s World Cup of Darts.

In addition, the top ranked American player and top-ranked Canadian player from the Championship Darts Corporation will join the 2018 North American Championship winner in earning a spot at Alexandra Palace.

The World Youth Championship and DPA Oceanic Masters will join knockout events to be held in China, Japan, India, Africa, New Zealand, South America, Germany, Ireland and four qualifiers across Europe ahead of November’s PDPA Qualifier, which is the last chance for professionals to secure one of two places in the World Championship.

Tickets for the 2018/2019 William Hill World Darts Championship will go on Priority Sale to PDCTV-HD Annual Subscribers on Monday July 23 and on General Sale from Monday July 30. Hospitality Packages will go on sale from Tuesday July 31. Ticket information will be available at www.pdc.tv/tickets.

The PDC have also worked with official ticketing partners SeeTickets to ensure an ethical resale website will be available for fans who have tickets which genuinely cannot be used, with further details to be confirmed in due course.