The World Grand Prix starts on Tuesday and it offers another great opportunity for players to pick up PDC silverware.

The world number one Michael van Gerwen has been in a bit of a slump of late, whereas the rest of the Premier League pack have been playing brilliant darts.

The PDC is wide open currently so this competition is set up to be a thriller. We preview the World Grand Prix below.

Van Gerwen will be gunning to retain his title and is currently the tournament favourite at 7/2 despite his form. Again, it feels as though we’re going into a tournament and expecting MVG to bounce back to his best, but it simply hasn’t happened this year.

Van Gerwen’s suffered early exits from the World Matchplay, World Series of Darts and German Darts Championships, and to add to this he failed to qualify for the Premier League play-offs for the first time in his career. His recent performances hardly justify his position as favourite in this competition, but surely it will have to click soon for the world number one. He faces Krzysztof Ratajski in the first round, with his opponent 33/1 to go all the way.

Rob Cross (28/1) has a horror draw against the in-form Gary Anderson but you have to think if he walks away from the oche with a win it would do his confidence the world of good. He’s hardly hit the same heights he managed in 2018, but always shows flashes of brilliance. A solid tournament run would surely be best for him and what a way to start by eliminating the World Matchplay runner-up. It won’t be an easy task, as Anderson has been in superb form lately and the Scot is 12/1 to win the tournament.

James Wade has been ever consistent this season and the two-time World Grand Prix winner could be great value at 28/1. However, he has a stiff task beating PDC veteran Mervyn King. The King (150/1) had a great German Darts Championship where he managed to reach the semi-finals before being bested by eventual runner-up Jonny Clayton. Either man could go deep into the competition if playing at their best, so this could be a fantastic first-round match. 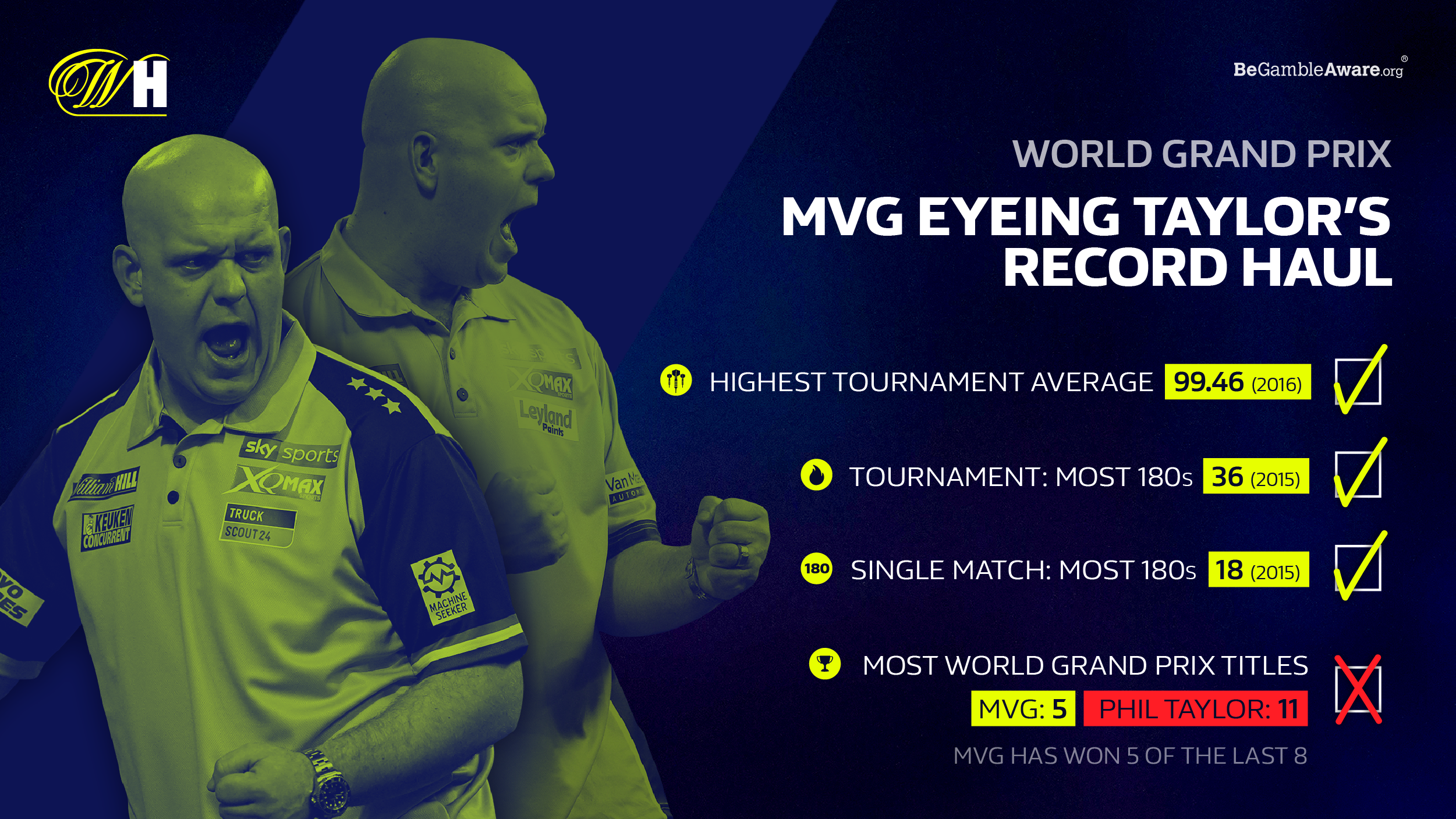 Bottom-half draw: Price the man to watch out for

Gerywn Price is in fantastic form and it’s no surprise as to why people are already tipping him for William Hill World Darts Championship glory later this year. He had a fantastic Autumn series and has recently come out saying that he is the best in the PDC when he’s on his A-game.

That confidence is clear to see in the arrows that Price is currently throwing. He has a first-round draw against Jermaine Wattimena (200/1) and you have to think he should progress comfortably. Price is joint-second favourite at 5/1 to go all the way this year.

Both Nathan Aspinall (10/1) and Peter Wright (5/1) have been throwing consistent darts and have also been gifted good draws. You’d have to think that both will progress past their opponents, Gabriel Clemens and Ryan Joyce respectively, and if they do they will certainly be in the mix.

Check out all the latest darts betting odds at William Hill