Chelsea and Manchester City will be dreaming of Champions League glory as the tournament resumes this week, but our research has revealed that both clubs are facing an immediate last 16 exit based on their previous track record in the competition.

Ahead of the Champions League last 16 stage kicking off from Tuesday, our research has analysed how far each English team is likely to go in the tournament based on their previous exertions in the knockout stages of Europe’s elite competition.

Chelsea, under the guidance of new manager Thomas Tuchel, will be aiming to land their second Champions League title this year, but history suggests the Blues are more likely to be heading home at the last 16 stage, with a 40% chance of crashing out, having previously been knocked out at this stage six times in 15 attempts. 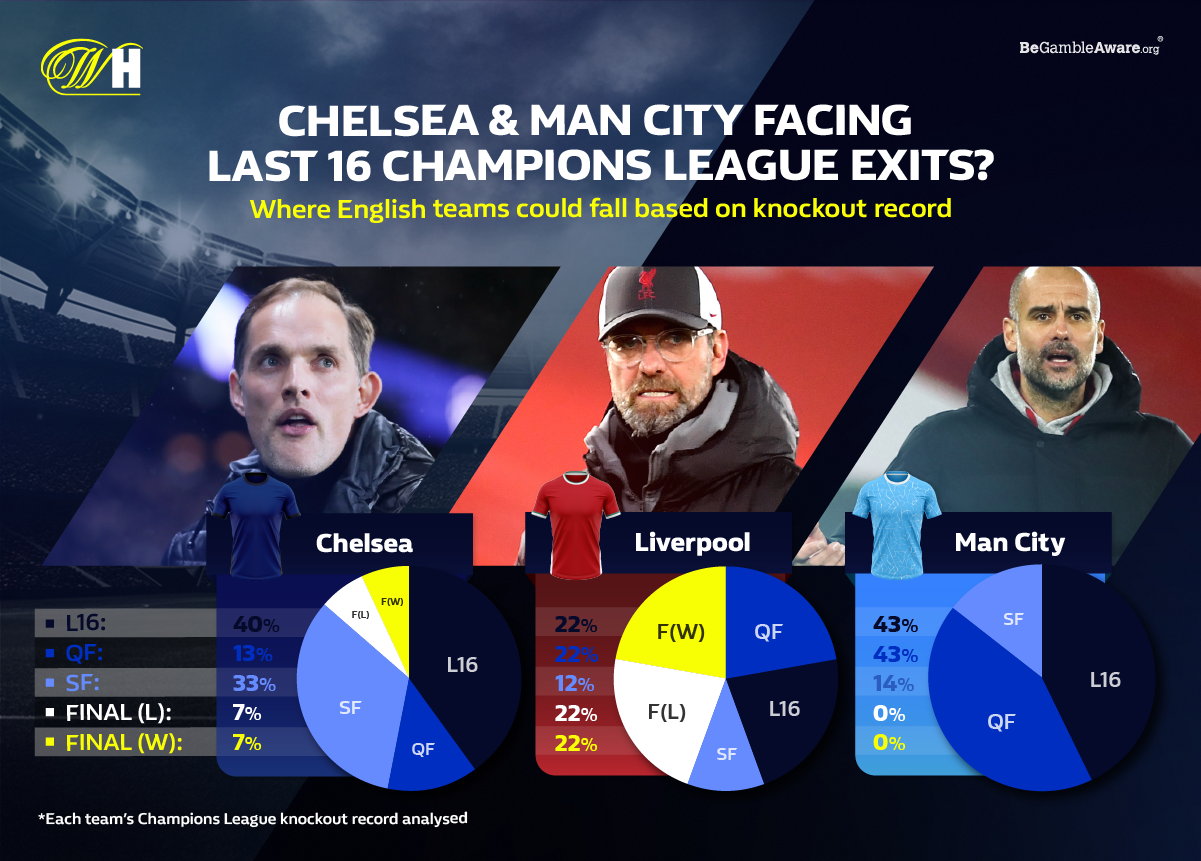 The Blues have a 33% chance of being eliminated in the semi-finals, having missed out on the final at the last hurdle five times previously, while they have a 13% chance of being knocked out at the quarter-finals, as has happened twice previously. Chelsea stand a 7% chance of going all the way or finishing as runners-up, having done so once each before.

Manchester City, meanwhile, could also be staring at a last 16 exit, with Pep Guardiola’s side facing a 43% chance of an early elimination – having failed at this stage three times previously – with their chances of a quarter-final knockout also rated the same. Their one semi-final exit gives them a 14% chance of making it to the last four.

Finally, with Liverpool having been knocked out at the last 16 stage and the quarter-finals twice, while also winning the competition and finishing runners-up twice, they have a 22% chance of repeating any of these scenarios. They have an 12% chance of a semi-final exit, having suffered that fate once previously.