A 22/1 Build #YourOdds for the Champions League final

After landing the FA Cup and League Cup, Liverpool look to add a third piece of silverware to their cabinet in the Champions League final.

The Reds lifted this title for a sixth time in 2019, beating Spurs 2-0 in Madrid. Now Jurgen Klopp’s men can join AC Milan with seven European Cup successes with victory in the French capital.

But there’s a small matter of La Liga champions Real Madrid standing in their way. The most successful side in the competition, winning 13 of the 16 previous finals they’ve contested.

Before kick-off in Paris, you can earn a £5 free bet when you stake £5 using Build #YourOdds. Our team have crunched the numbers and put together this 22/1 selection. 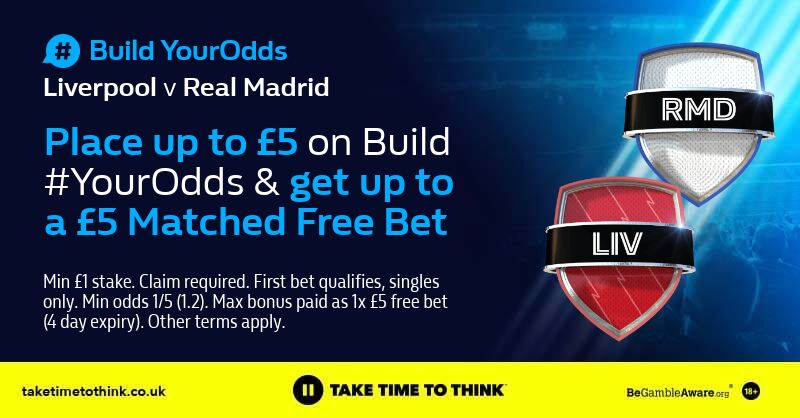 Let’s start with looking at the stats for corners in this season’s competition. Liverpool lead the way having taken 86, an average of 7.2 per game.

And that’s largely in keeping with their Premier League numbers. Across their top-flight campaign the Reds averaged 7.4 corners per game.

Klopp’s men have taken 33 more corners than Real Madrid in the Champions League, with the Spanish giants having 53 flag kicks, at 4.4 per game.

The likely pattern of play should see Liverpool dominate possession – they average around 60% – which is more than enough for them to pose plenty of problems for this Madrid backline.

With both Trent Alexander-Arnold and Andy Robertson getting forward, they could pin their opponents back, earning plenty of corners from those situations.

Another look at the bare data says that Real Madrid should pick up the most booking points in the 90 minutes.

No side have picked up more cautions than Carlo Ancelotti’s side (26) in the competition. With each yellow equalling 10 booking points, that’s 260 overall.

In contrast, Liverpool have only seen 14 yellows in their 12 matches on their way to the final. So, that’s 140 booking points overall.  And in the Premier League, only West Ham (47) and Man City (42) saw fewer cautions all season.

For context on the domestic campaigns, Real Madrid had the joint-least cards in La Liga at 76. Still 26 more than Liverpool’s Premier League yellows.

French whistler Clement Turpin has been appointed to the final. He’s only averaging 3 yellows per game in this season’s competition, showing 18 in six games. But he has sent three players off, as well as one substitute. 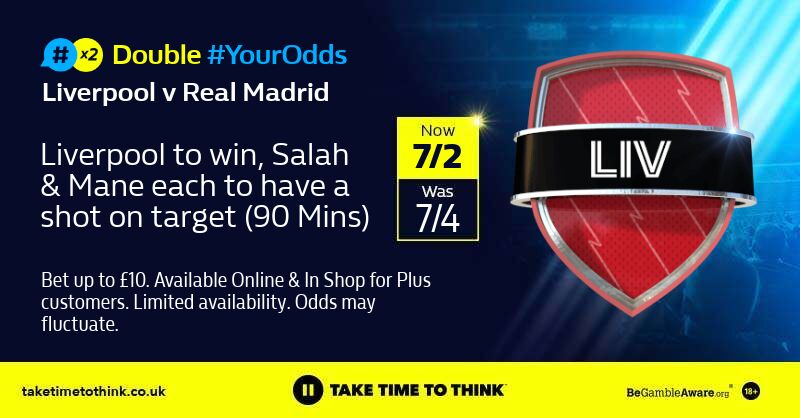 Luis Diaz has had a huge impact at Anfield since joining from Porto in January. In the first half of the season, he scored twice in Champions League for the Portuguese side.

He’s brought that form with him to Liverpool, netting against Benfica in the quarter-final, and then in the semi-final second leg victory over Villarreal, where he recorded four shots.

The 25-year-old scored four times in the Premier League, while in the last six games he featured, he had taken 19 shots, hitting three or more in five of those.

That was also a theme of the FA Cup final against Chelsea. The Colombian had six shots, with one testing Edouard Mendy. He’s not shot-shy and can get his name on the scoresheet.

Ferland Mendy to be carded

Mohamed Salah came off the bench to score in Liverpool’s last Premier League game to prove his fitness ahead of this final.

With the Egyptian likely to start on the right side of a front three, then Ferland Mendy could have his hands full, especially dealing with Alexander-Arnold’s marauding runs.

The Madrid left-back has been booked three times in the competition this season – only Eder Militao in their ranks has been cautioned more often (4).

And when you see Mendy has three cards from seven fouls, you conclude that they are quite cynical in nature.

Liverpool do like to attack down their right flank, so that plays into the hands of Mendy being caught out and is the reason to have him to be carded. 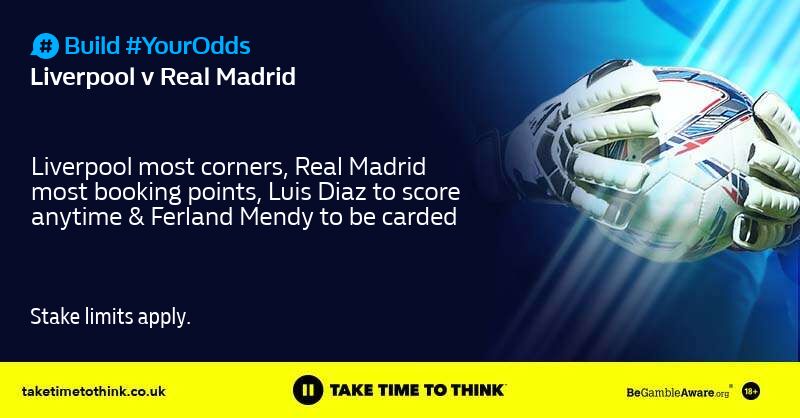 A Build #YourOdds bet with those four selections pays 22/1*.