Newcastle will comfortably avoid relegation from the Premier League and be guided to midtable safety this season by Eddie Howe, according to our research based on previous first appointments by new Premier League owners.

Newcastle’s new billionaire owners’ first move as Tyneside chiefs was to bring in Howe as their new manager, and the bookmaker expects the former Bournemouth boss to lift the club to 11th place in the table based on the starts of past managers appointed following Premier League takeovers.

Howe has 27 games remaining to ensure Newcastle beat the drop, and our study, analysing every Premier League takeover involving clubs that are still in the division, has revealed their first managerial appointments on average went on to secure 44 points in their first 27 matches, at 1.6 points per game with a win rate of 45%. 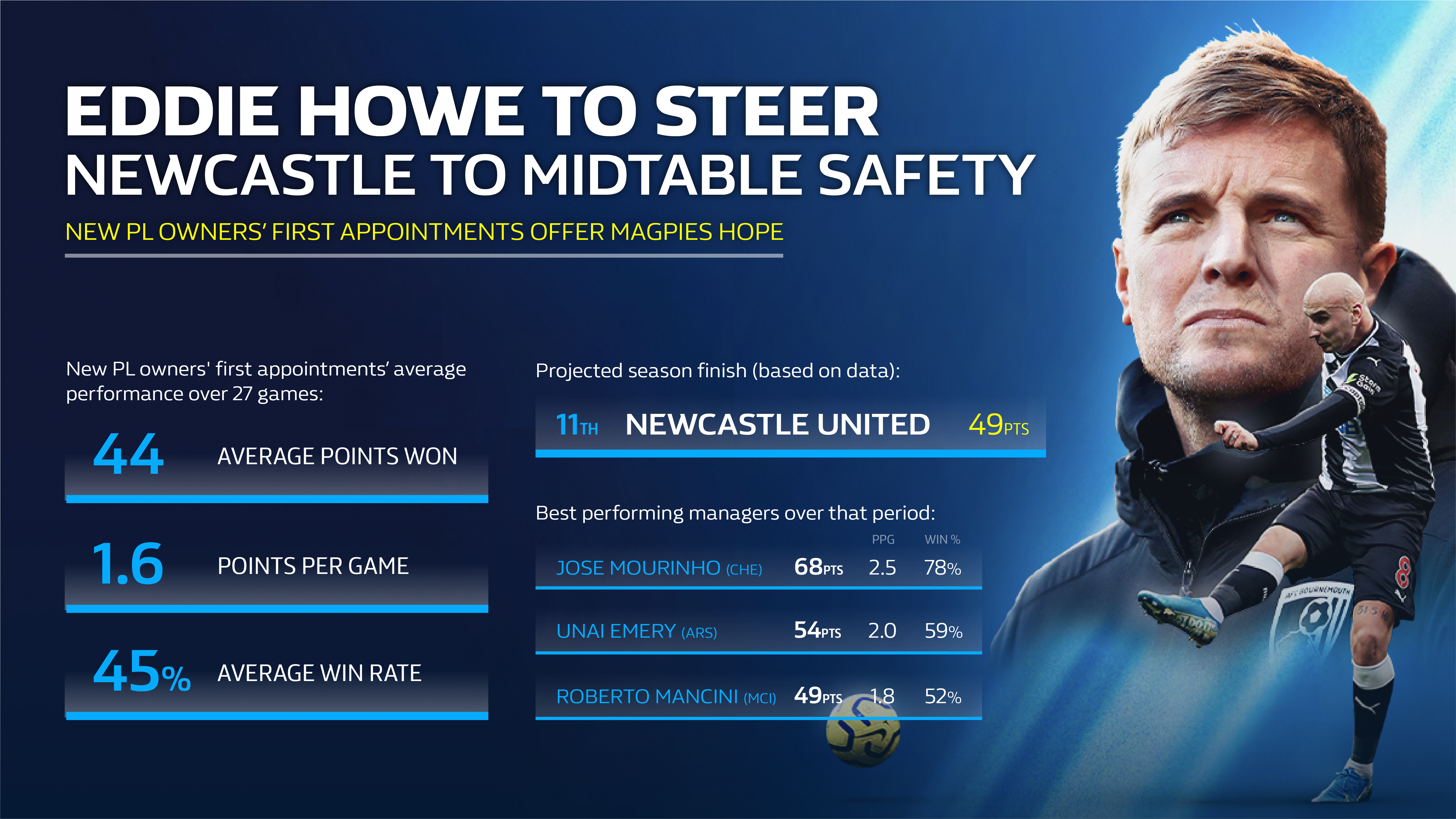 A similar performance from Howe would see Newcastle, who currently sit 19th in the table with just five points, tally up a total of 49 points come the end of the campaign, which on average across each 38-game season in the Premier League would be enough for an 11th-placed finish. Howe is priced at 20/1 to steer the Magpies to 11th this season.

Of all the Premier League club takeovers and their new managerial appointments, it was Jose Mourinho at Chelsea that performed the strongest over his first 27 league games, racking up a total of 68 points, at 2.5 points per game with a 78%-win rate.