Since committing his international future to Tunisia in February, Ellyes Skhiri has quickly become the foundation around which the team has been built.

In his five fixtures, which have all been friendlies, Tunisia’s record reads as two wins, two draws and a single defeat. World Cup qualifiers Iran and Costa Rica have been beaten, Portugal drawn with and Spain lost to by a late, single goal.

Montpellier man Ellyes Skhiri has only missed 20 minutes across these fixtures, providing the steel in front of the back four.

Of all of the Tunisia players, his role could be most vital in disrupting England in their Group G opening fixture, especially as he will be stationed in an area of the pitch that Gareth Southgate will be looking to make inroads, through the likes of Jesse Lingard, Dele Alli and Raheem Sterling.

Here is a further breakdown in the strong season enjoyed by Ellyes Skhiri in helping Montpellier secure a mid-table finish in Ligue 1. 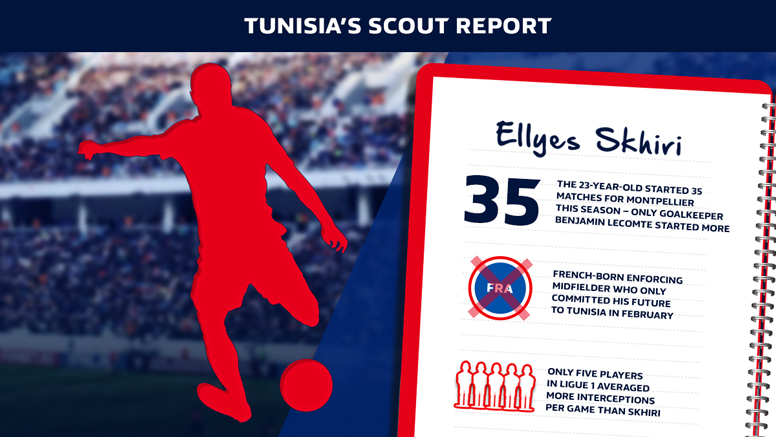 Tunisia’s tactics and what England can expect

Tunisia completed more passes (3,746) than any other African team to qualify for the World Cup and so the team will look to play relatively short and feed the ball into a collection of nimble, attacking players.

Sunderland’s Wahbi Khazri, is the most recognisable, but arguably their most talented will play no part in Russia.

Youssef Msakni was the creative lynchpin during qualifying and also netted 25 goals for Al Duhail in the Qatari league this season. However, a knee ligament injury means he may not play again in 2018.

With main striker Taha Yassine Khenissi another to miss the tournament, Tunisia may struggle to both create and take their chances. Here is how we anticipate Tunisia lining up against England and some tactical features of their play. 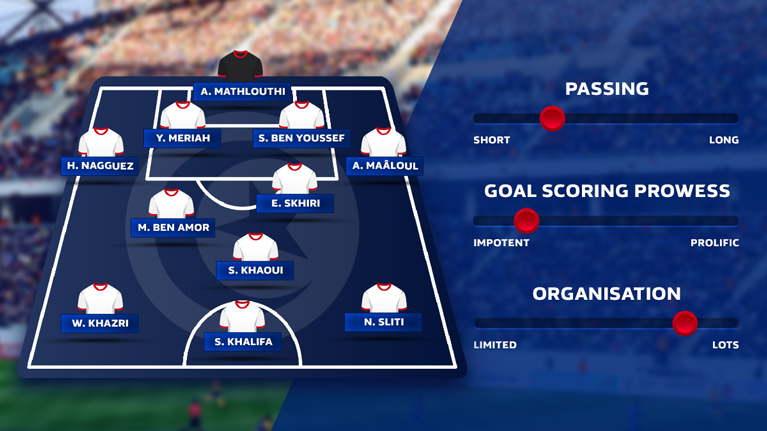 From a betting perspective, backing England to win a game which features under 2.5 goals at 19/10 stands out as being especially attractive.

Alternatively, England are 4/9 in the match odds to beat Tunisia and 9/2 to replicate Spain by beating Tunisia 1-0.

Tunisia’s World Cup history to date makes for fairly grim reading. After beating Mexico on their tournament debut in 1978, they have failed to win a single outing since.

Their last 11 World Cup appearances consist of four draws and seven defeats. Understandably with this record, they are yet to ever qualify for the knockout stages of the competition.

On the plus side, they do have some history for winning high-profile tournaments, through being former winners of the African Cup of Nations. 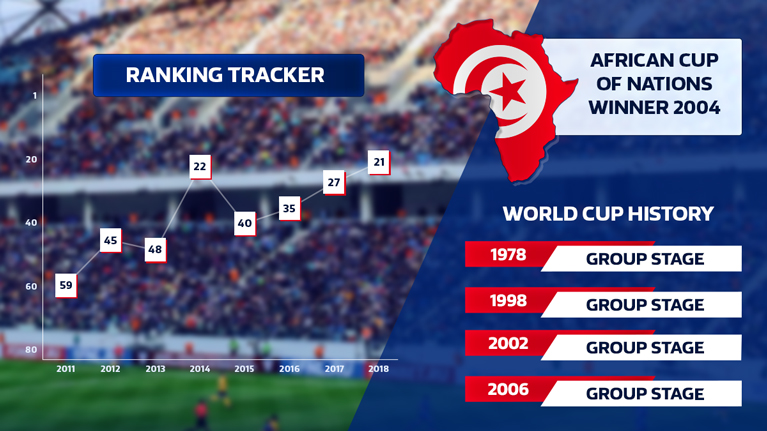 Tunisia’s odds to beat England are 15/2 and they are certainly more than capable of keeping things tight for a long period, before pinching a goal on the counter attack or via a set piece.

Should Tunisia in triumph in Volgograd, they would potentially be a victory over Panama away from progressing to the last-16.