A 6/1 Build #YourOdds for the Europa League final

Destiny awaits for Rangers. They take on Eintracht Frankfurt in the Europa League final looking to win their first European trophy since 1971/72.

Giovanni van Bronckhorst has only been in charge for six months and has led the Gers to their first European final since heartbreak in the 2009 UEFA Cup against Zenit.

The Scottish club will have to be at their best against a dangerous Frankfurt side, who have already knocked out Barcelona and West Ham to reach the final. Will it be a famous night in Sevilla for the Gers?

Before kick-off, you can earn a £5 free bet when you stake £5 with Build #YourOdds. We’ve crunched the numbers, so you don’t have to, and have come up with this 6/1 selection. 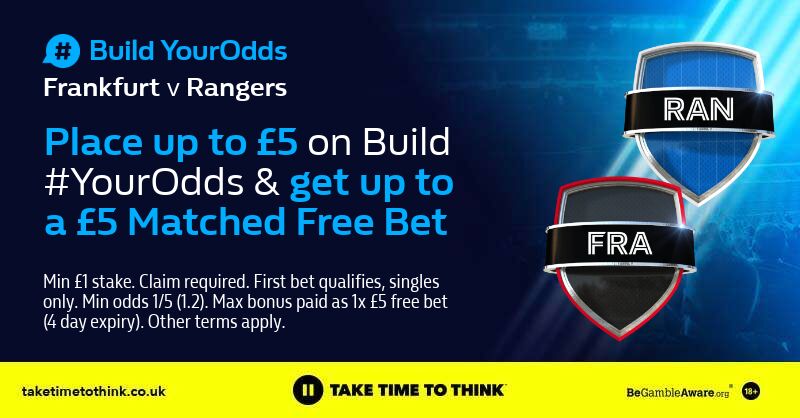 For the first leg of our Build #YourOdds we’ll start with having James Tavernier to score anytime in 90 minutes.

The marauding full-back is Rangers’ top scorer in the competition this season, netting seven times. And he’s in super form in front of goal, scoring six times in his last eight matches.

He set the Gers on the comeback trail against Braga in the quarter-final, scoring twice in the first half. While he levelled things up on aggregate against RB Leipzig in the semi-final.

The right-back has had 12 efforts in the competition and has hit the target with 66% of them (8). His claims are bolstered with him on penalty duty, and no side has scored more spot kicks than the Gers in this season’s competition (4).

If you fancy to Tavernier to strike, you can also get Enhanced Odds on him to find the Frankfurt net. It has been boosted to 9/2 from 16/5.

Both teams to score

The Europa League final tends to go against the grain with them usually being open and exciting contests. In five of the last seven finals, both teams have found the net.

And this year will be helped by two sides who like to go forward. No side can match Rangers’ tally of 22 goals in the competition, while Frankfurt sit second for goals scored (20), netting in all 12 matches. So, it all points to a game where attacks come out on top.

Meanwhile, at the other end, the Gers have conceded 15 times, which puts them second for most goals conceded. And Frankfurt can be leaky at the back too – both teams have scored in nine of their last 10 Europa League matches. 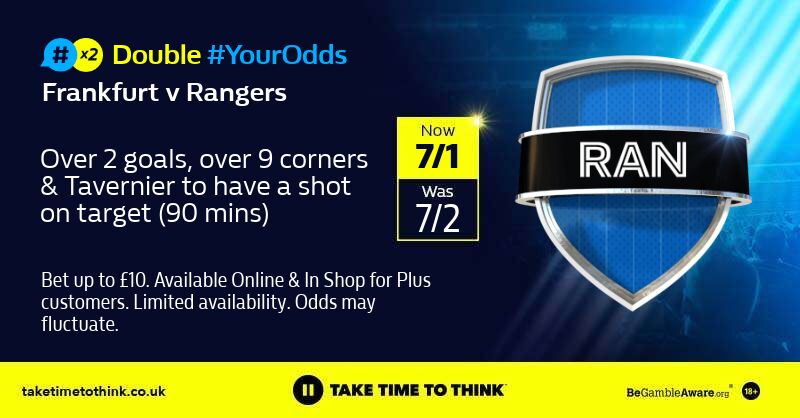 The German side aren’t afraid to get stuck in. They’ve committed the most fouls in this season’s Europa League (186), resulting in the most yellow cards (31).

During the knockout phase, they’ve seen 18 cards in six games, an average of three cards per game. In five of those, they’ve had at least two cards, so it’s hard to go against that trend.

Referee Slavko Vincic has had plenty of European outings this season, mainly in the Champions League. In 10 games at Europe’s top table, he’s shown 43 yellows, which works out at 4.3 cautions per game.

The Slovakian whistler was in the middle of Rangers’ Champions League qualifier against Malmo at Ibrox. It saw the Swedish side pick up three cards with Innocent Bonke sent-off. 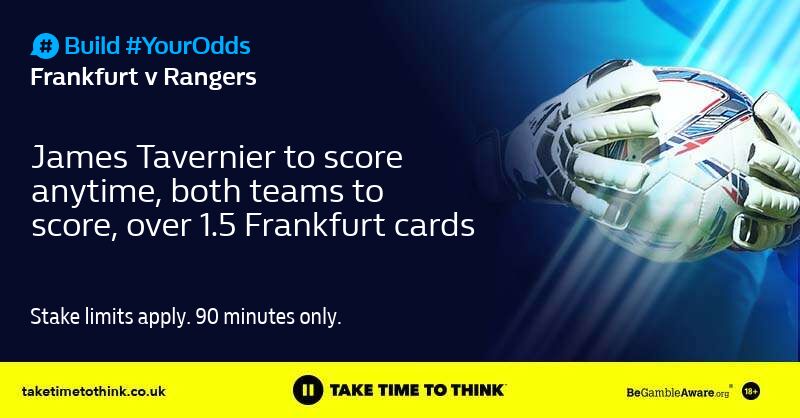 A Build #YourOdds bet with those three selections pays 6/1*.