The Nations League is underway, and England find themselves with work to do after falling to an opening game defeat in Hungary on Saturday.

Dominik Szoboszlai’s second-half penalty was enough to inflict a first defeat on the Three Lions since the Euro 2020 final.

Gareth Southgate’s side now face an even tougher task as they travel to Germany, who held Italy to a 1-1 draw in their opener. But the last time the sides met in Munich, it was a famous night for the Three Lions, who ran out 5-1 winners. Can they recapture the spirit of 2001?

Before kick-off, you can earn a £5 free bet when you stake £5 with Build #YourOdds. To give you some inspiration for your bet, our team have made this 16/5 selection. 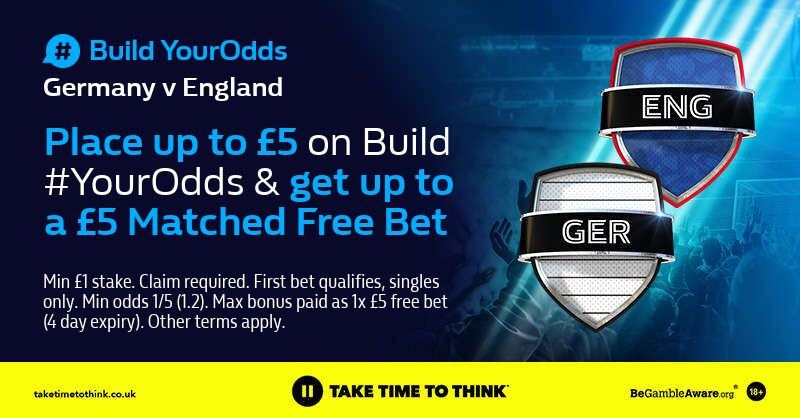 Goals could be thin on the ground in this Group A3 clash with the Three Lions looking to keep it tight and earn their first point of the campaign.

Gareth Southgate’s side have fallen to three defeats in their last four Nations League outings, with those reverses all finishing 1-0 or 2-0 to the opposition. And, it could be a similar story this evening.

Germany haven’t been in great goalscoring form. Their March friendlies saw them beat Israel 2-0 and draw 1-1 with the Netherlands. And Saturday’s draw in Italy was their third consecutive game that saw under 2.5 goals.

Meetings between the nations haven’t seen too many goals either. There have been nine goals scored across the last five clashes dating back to 2013, with just one of those games seeing three or more goals.

What’s more, in four of the last five games between England and Germany, only one team has found the net. Last time out it was England who ran out 2-0 winners during last year’s Euro 2020 Round of 16. 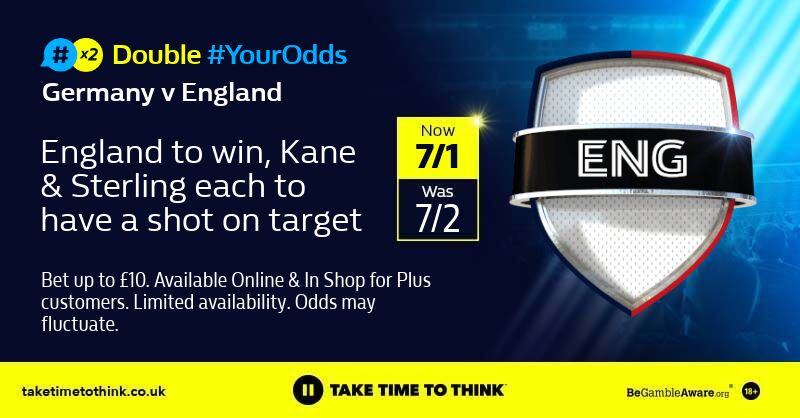 The Bayern Munich man looks most likely to trouble this England defence and could be the one to pepper the target.

The 26-year-old is fresh from scoring 14 times in the Bundesliga. While he also netted five times in eight appearances during Germany’s World Cup qualifying campaign.

Gnabry started in Saturday’s 1-1 draw in Italy and forced Gianluigi Donnarumma into a save from one of his two shots. Looking back at his data for Germany, the forward had 27 shots during World Cup qualifying, hitting the target with 11.

The England captain can lead from the front in Munich by recording 1+ shot on target. It’s something he achieved in the defeat to Hungary.

The Spurs forward had 55 shots on target during the Premier League season – only Mohamed Salah (60) had more.

Kane is the talisman for England, and he has scored 11 goals in his last 10 international appearances, including the winner in the March friendly against Switzerland.

While you have to fancy Kane to hit the target, you can also get Enhanced Odds on the England captain to score first at 7/1. 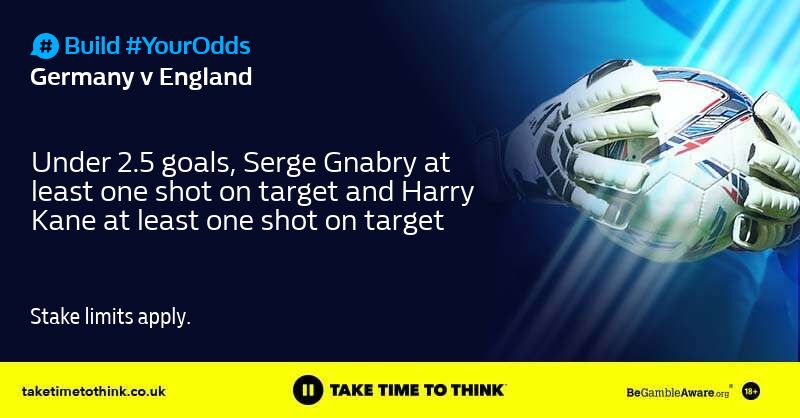 A Build #YourOdds bet with those three selections pays 16/5.