Premier League champions Manchester City and European champions Chelsea could be in for a slower start to the new season, with our research revealing that their group of players involved in the European Championship accumulated more minutes across the 2020/21 campaign than any other English top-flight club.

The study analysed all 116 players that were involved at the European Championship that are currently set to play in the Premier League next season, taking into account their minutes on the pitch for both club and country across the 2020/21 campaign.

Man City had 14 players involved in the European Championship, including four players making it all the way to the final – Kyle Walker, John Stones, Phil Foden and Raheem Sterling – with their contingent having a combined total of 55,112 minutes played across the campaign.

No Premier League club had more players at the European Championship that are set to be a part of their squad for the new season than Chelsea with 16, with the Champions League winners’ total accumulated minutes falling just behind City’s at 54,520.

Manchester United, who had 12 players involved at the European Championship including impending signing Jadon Sancho, follow behind in third with a combined 46,868 minutes, though there is then a major drop-off with Spurs (30,114) and Wolves (21,136) rounding off the top five, with the teams having seven and six representatives at the Euros respectively. 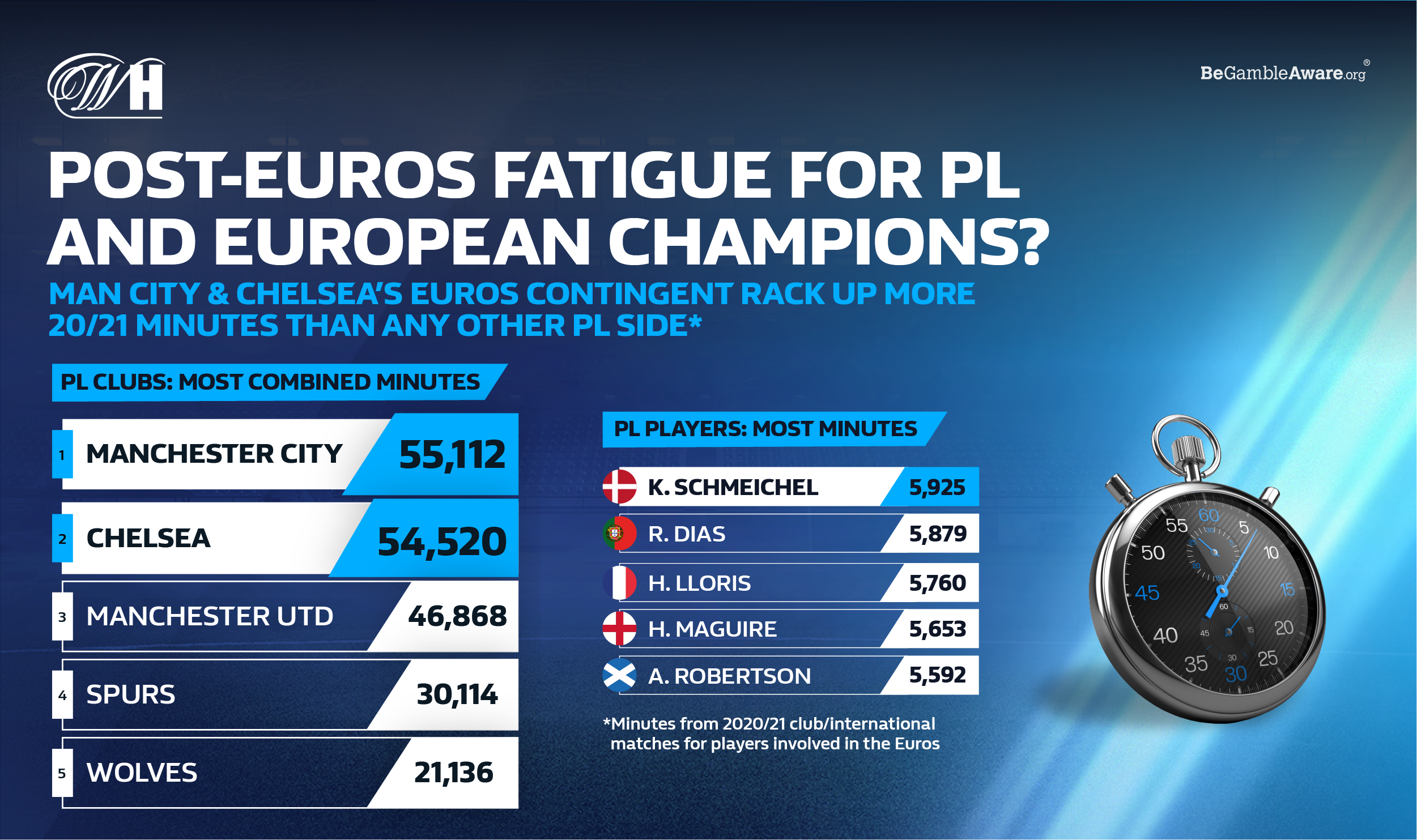 Liverpool also had seven players at the tournament, though sit eighth in the list on 20,136 minutes, with Arsenal one position back in ninth on 17,788 minutes.

Burnley and Crystal Palace, meanwhile, had the lowest representation at the European Championship with just one player each, with the Clarets sitting 19th in the list (2,187) and Palace rock bottom (1,941).

In terms of Premier League players involved in the Euros that racked up the most minutes for club and country last season, Leicester and Denmark goalkeeper Kasper Schmeichel sits top of the pile on 5,925 minutes, with Man City and Portugal defender Ruben Dias in second on 5,879 minutes and Spurs and France goalkeeper Hugo Lloris third on 5,760 minutes.

Rounding off the top five are Manchester United and England defender Harry Maguire (5,653), and Liverpool and Scotland left-back Andy Robertson (5,592). 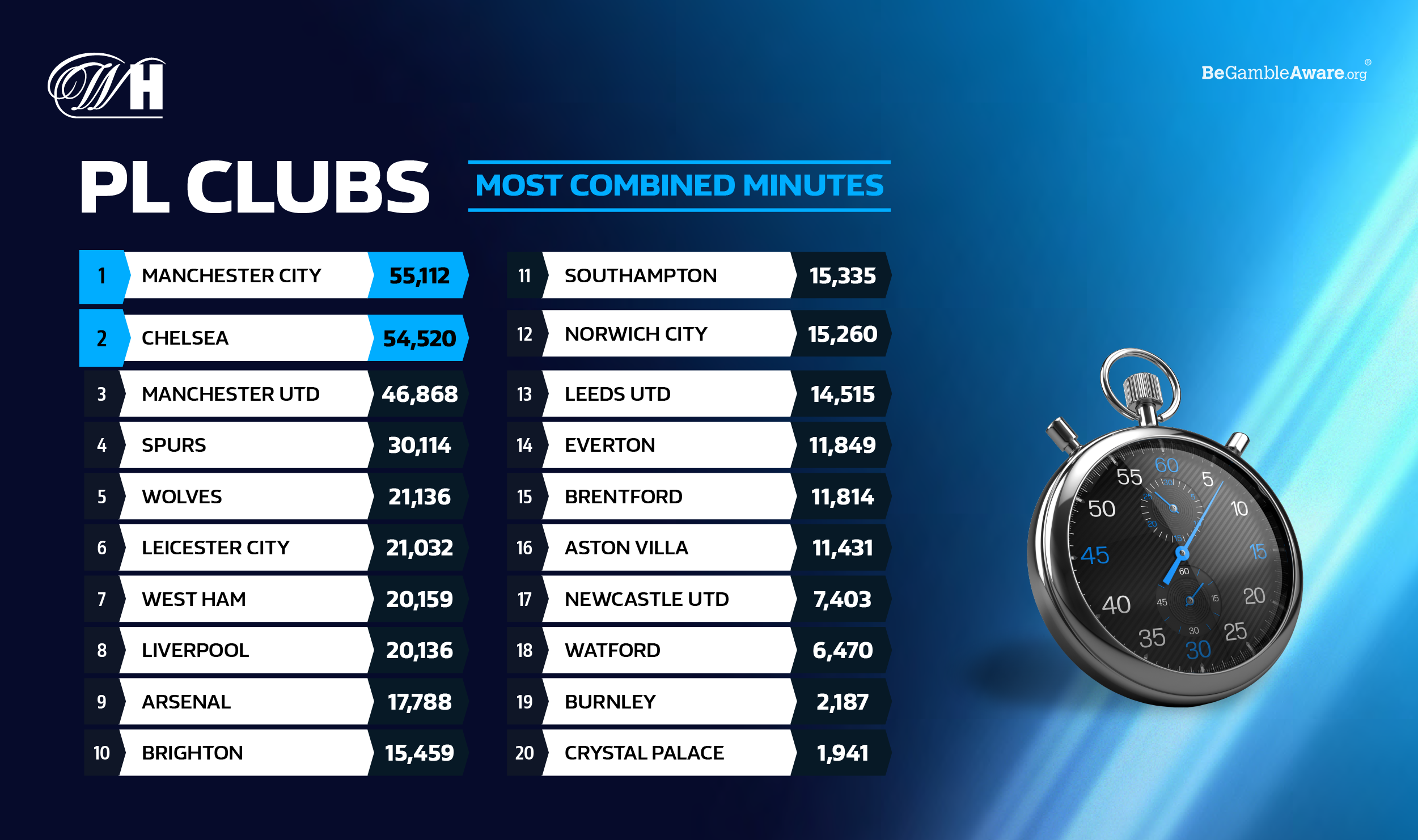