Are Man City and Man United too reliant on De Bruyne and Fernandes?

Kevin De Bruyne and Bruno Fernandes have been Manchester City and Manchester United’s standout performers this season respectively, but our research has revealed that the two clubs have relied on their star players for more points than any other Premier League side this term.

Our study has imagined what the Premier League table might look like if each club had been without their biggest goal contributor – based on goals and assists – for every match this season, and it’s not pretty reading for the likes of City and United fans.

Without De Bruyne’s 13 goal involvements this term (41.9% of his side’s output), City would find themselves in ninth spot and with 11 points less than their current 38-point haul, while without Fernandes’ 18 goal contributions (50%), current Premier League leaders United would also be 11 points worse off than their 40-point total and languishing in eighth position. 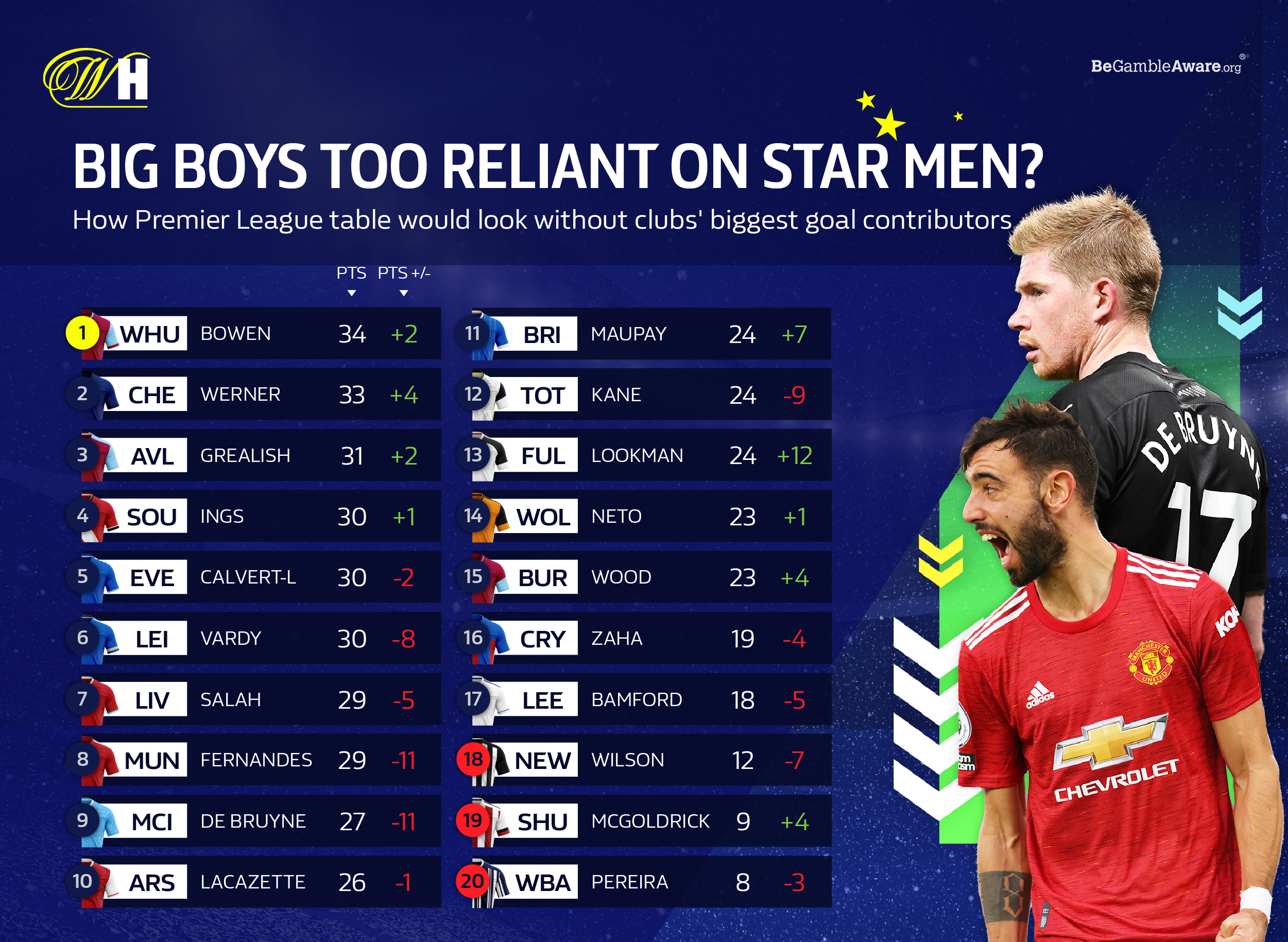 Sitting top of the table would be West Ham, who have only had to rely on star contributor Jarrod Bowen for 25.9% – seven – of their goals. The Hammers would be two points better off than their current 32-point total if every match this season had been played without each club’s most decisive player.

Chelsea, meanwhile, would be four points better off in second, given Timo Werner’s eight goal involvements make up just 24.2% of their total output this season – the smallest of any club contribution.

Elsewhere, Newcastle would be seven points worse off – and in the relegation zone – in 18th spot without Callum Wilson’s 11 goal contributions (61.1%), although West Brom and Sheffield United would remain in the bottom two. Fulham, the biggest risers, would be 12 points better off in 13th if every match this season had been played without each club’s most decisive player. 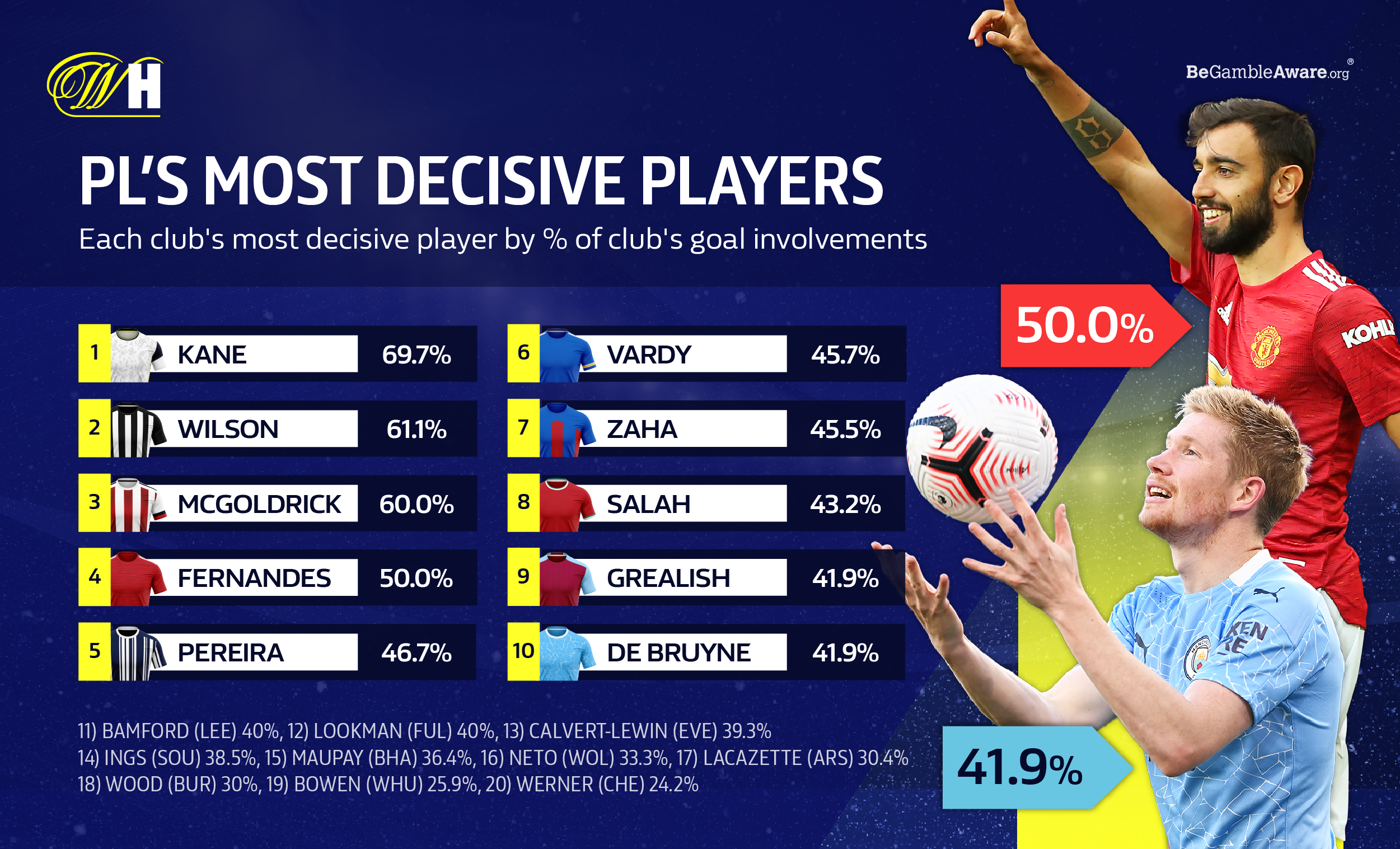