Manchester United haven’t reached the Champions League quarter-final stage since 2014, but there are at least two solid reasons to believe this wait will end in 2019.

When the last-16 draw pitted them against French powerhouses PSG, they were struggling domestically under Jose Mourinho, while PSG had still only lost to Liverpool all season.

But optimism has suddenly increased, with Man Utd 5/4 to qualify from the tie.

The upturn in fortunes is no secret since Ole Gunnar Solskjaer replaced Mourinho in the Old Trafford dugout.

His record after all matches reads as 10 victories and a draw, with the Red Devils 13/10 to add another success to this list against PSG in the first leg in Manchester.

What’s more, Man Utd have historically enjoyed hosting French opposition. No French team has ever beaten them away from home in 17 visits, with 10 of these ending in defeat.

See all of the 274 markets for Man Utd vs PSG

When at full strength, PSG possess arguably the most formidable attack in world football.

The current French league leaders have already netted 101 goals in all competitions this season, with Edinson Cavani, Neymar and Kylian Mbappe responsible for 64 of this tally.

However, the former pair seem unlikely to feature at Old Trafford, with Cavani injuring a thigh in the latest Ligue 1 victory over Bordeaux, having already netted his ninth goal in seven games. 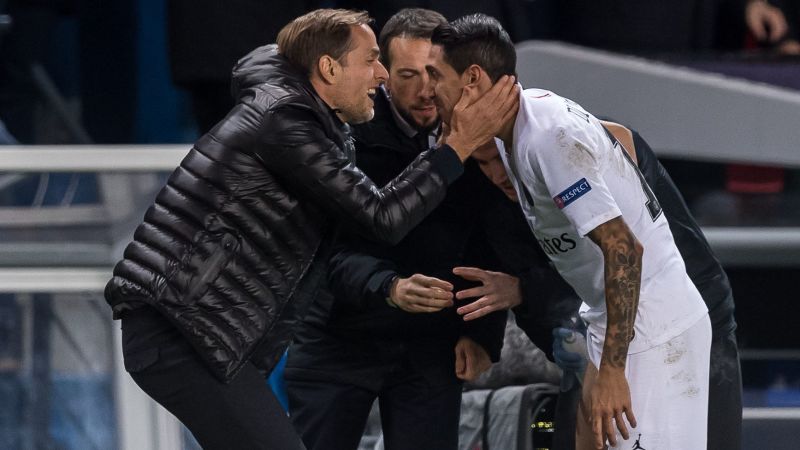 Despite these significant injuries, one thing that PSG can always be relied upon to do on the road in Europe is score goals.

They have netted in 11 consecutive Champions League away outings since losing to a solitary Kevin De Bruyne goal when travelling to Manchester to face Manuel Pellegrini’s City side in April 2016.

If you’re that way inclined, PSG are 3/10 to score at least once in the 90 minutes, but it’s William Hill’s Golden Goal offer which promotes a better bet.

With Golden Goal, should your team score the first goal but fail to win the match, you’ll be paid out as a winner, up to £50 in cash. Read more here.

PSG’s odds are 2/1 to beat Man Utd and the fact that they regularly score on the road makes this a little more enticing. They’ve broken the deadlock in three of their last four Champions League road trips too.

Did you know VAR is being rolled out for the UCL round of 16? Find out why Man Utd vs PSG is bound to see a penalty.