Manchester City are looking to stay on course for their maiden Champions League triumph when they meet Lyon in the quarter-finals on Saturday, and our research has revealed that they rank as the fifth most successful side in history never to win Europe’s elite club competition.

City will be aiming to qualify for the semi-finals of the Champions League – or its former guise of the European Cup – for only the second time in their history this weekend, that despite having largely dominated the English domestic scene in recent years.

Pep Guardiola’s side have won two Premier League titles, one FA Cup and three League Cups in the last three seasons to take the club’s total tally of domestic major honours – top league titles or major cups – in their history to 19.

When comparing that tally with other clubs from Europe’s ‘big five’ leagues – the Premier League, La Liga, Bundesliga, Serie A and Ligue 1 – that have failed to win the Champions League or European Cup, only four more teams have won more major honours domestically. 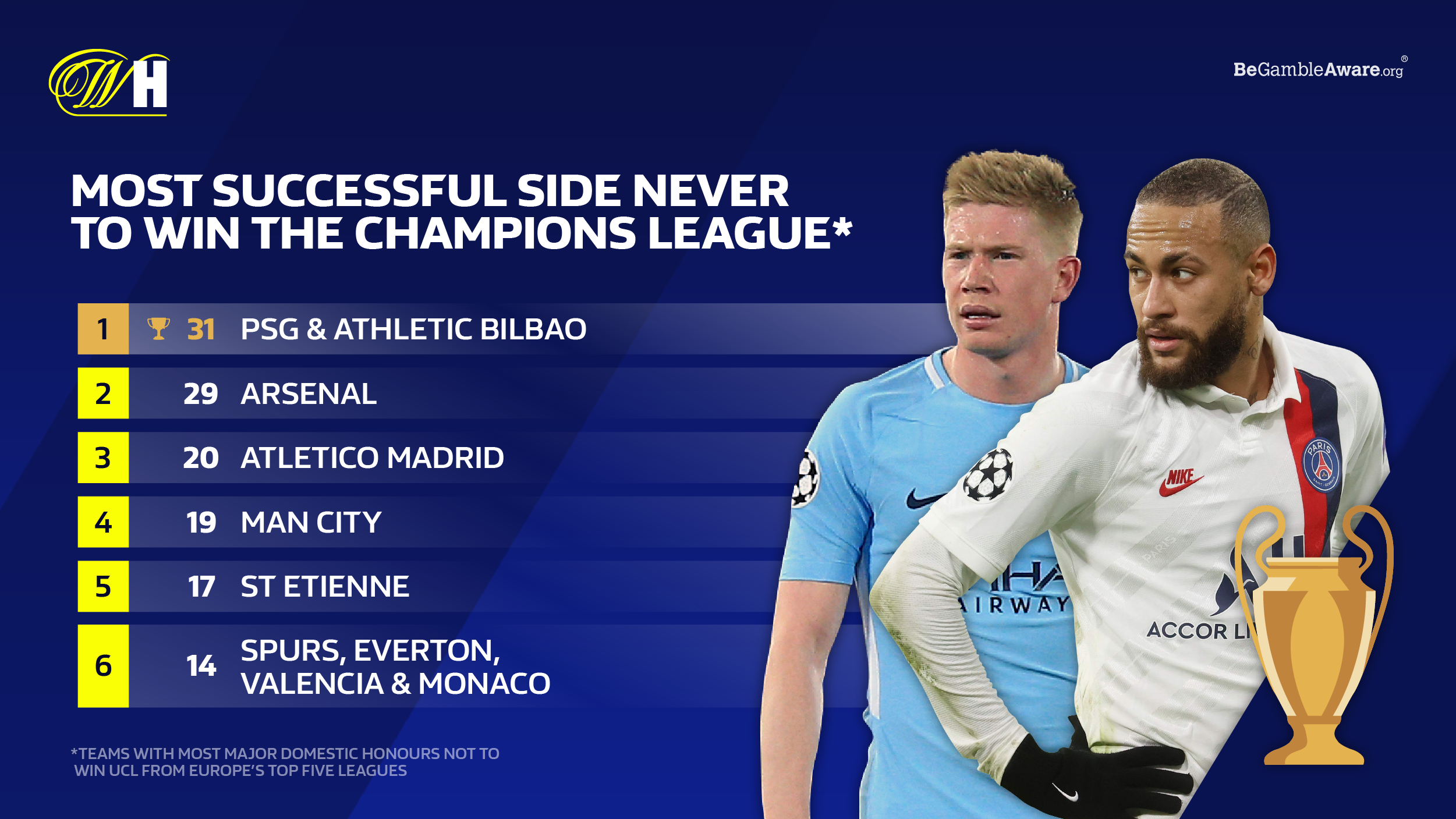 According to our research, Paris Saint-Germain and Athletic Bilbao are the joint most successful teams never to win the Champions League or European Cup, having won 31 major domestic honours apiece.

PSG will be hoping to strike their name off this list by winning this season’s Champions League after overcoming Atalanta on Wednesday to reach the semi-final stage of the competition.

Following closely behind in third is Arsenal with 29 major domestic honours to their name, while Atletico Madrid sit fourth with 20, though like PSG, they too could end their Champions League drought with success this year.

St Etienne follow City in sixth with 17 major domestic honours, while more English presence in Spurs and Everton, who sit alongside Valencia and Monaco on 14 trophies, help to round off the top 10.