Manchester City boss Pep Guardiola is just one win away from his 150th Premier League victory and can become the fastest manager to reach the landmark with three points against Aston Villa on Wednesday, according to our research.

City’s trip to Villa Park this week offers Guardiola the chance to record a 150th victory in just his 204th fixture in the Premier League – 26 matches faster than his nearest rival Jose Mourinho, who achieved the feat after 230 games.

Guardiola would also be significantly faster at reaching the milestone than two other Premier League managerial greats, with Sir Alex Ferguson taking 247 matches and Arsene Wenger next in line needing 258 games. 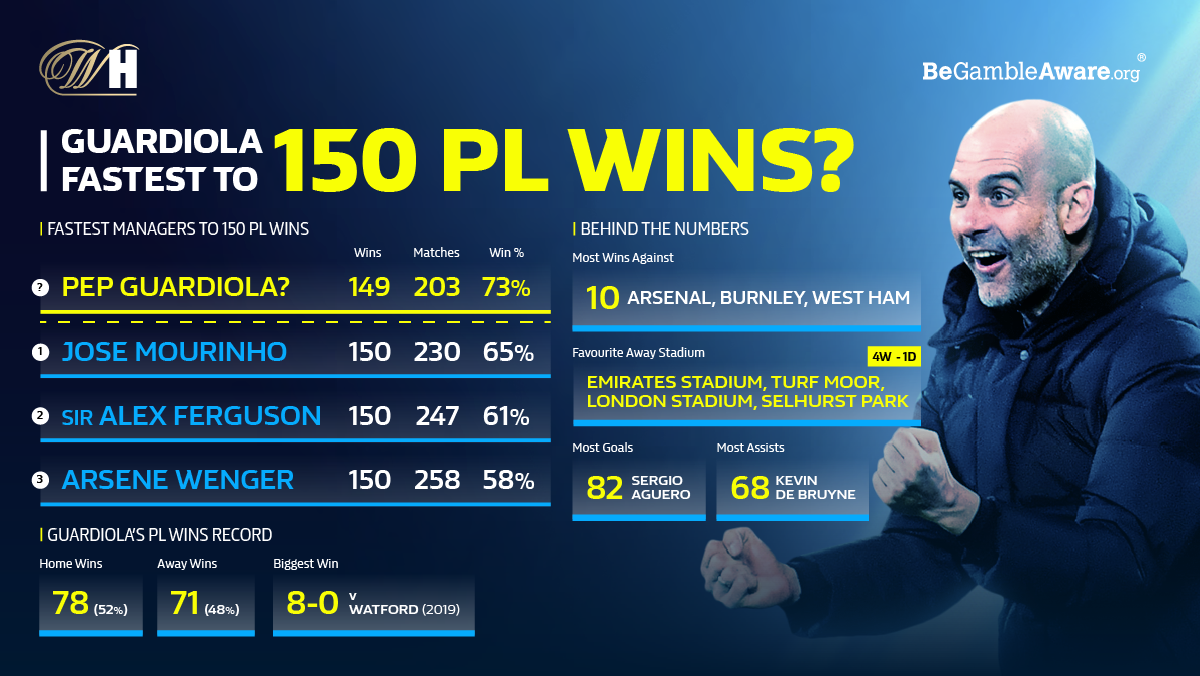 Victory for City on Wednesday would ensure Guardiola has a 74% win rate from his 204 matches. After 150 victories, Mourinho had achieved a 65% win rate, with Ferguson on 61% and Wenger on 58%.

Of Guardiola’s 149 Premier League wins to date, 78 have come at home (52%)  with 71 coming away from the Etihad Stadium (48%). Guardiola has enjoyed more wins against Arsenal, Burnley and West Ham than another other opponent with 10 victories over each, while his favourite stadium to visit has been the Emirates Stadium, Turf Moor, the London Stadium and Selhurst Park, where he has picked up four wins and a draw at each.

The City manager’s biggest win over the years has been an 8-0 victory over Watford in 2019, while no player has scored more league goals in his tenure than Sergio Aguero with 82, with Kevin De Bruyne registering the most assists with 68.