Man City, Liverpool and Chelsea prove why it pays to start off strongly in August

All 20 Premier League clubs will be looking to get their season off to the perfect start this weekend and our research has revealed how a successful August can be key to mounting a triumphant title challenge.

Our study analysing results of the Premier League’s ‘big six’ across the last 10 years has revealed that Man City, Liverpool and Chelsea – the last three winners of the division accountable for winning 80% of titles available in this period – have all had their strongest months on average in August when it comes to points return rates.

Reigning Premier League champions Manchester City’s strongest month historically across the last 10 years has been August, where they’ve picked up 75% of available points, followed closely behind the final month of the season, May, where they’ve claimed 74% of points on offer. 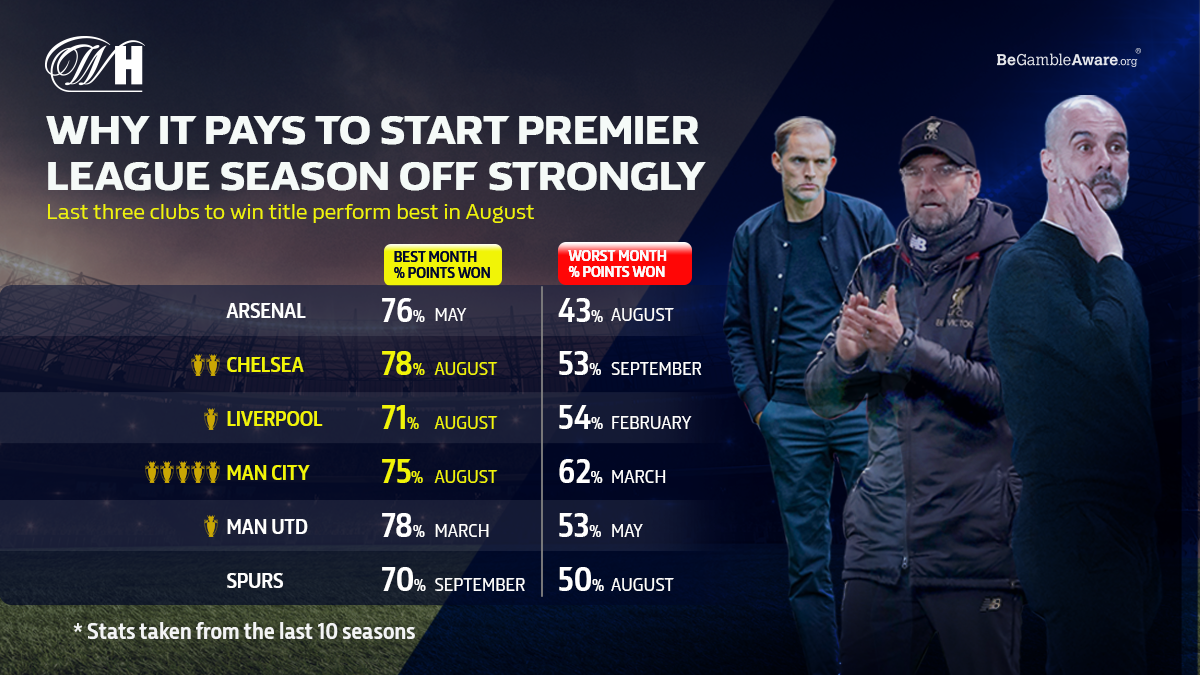 Previous champions Liverpool have also found the first month of the season their strongest over the last 10 years with 71% of points secured, with March typically their next best (70%). Continuing the trend, Chelsea, who were the last team to win the title outside of Man City and Liverpool in 2017, have picked up an impressive 78% of points on average in August, with October (73%) following next.

Spurs, meanwhile, usually build up momentum a few weeks on with September their strongest month (70%). Manchester United and Arsenal’s best returns usually come much later in the season, with the Red Devils picking up 78% of points in March and the Gunners finishing on a high in May (76%).