We’re in for a heavyweight evening of European football on Sunday as Real Madrid and Barcelona meet in La Liga in a top-of-the-table clash.

We take a look at the key bets to watch out for.

Madrid and Barca to cancel each other out

There’s no bigger game in European football than El Clasico – and Sunday’s clash between Real Madrid and Barcelona promises to be 90 minutes of football you won’t want to miss. The two sides come into this one neck-and-neck at the top of the La Liga table, with Barcelona moving two points clear of their fierce rivals after Madrid’s shock defeat to Levante last weekend.

That Levante defeat was followed up by Wednesday’s 2-1 home loss to Manchester City in the Champions League, while it was preceded by a frustrating 2-2 home draw in the league to Celta Vigo, meaning Madrid have gone three games without a win, which is often enough to start a mini-crisis within the club.

Barcelona may have picked up a respectable 1-1 Champions League draw at Napoli in midweek and have won their last four La Liga games on the bounce, but they’ve been far from their best this season. Add to that the fact they’re currently without the injured attacking duo of Luis Suarez and Ousmane Dembele, and it’s understandable that Madrid enter Sunday’s game as favourites at 6/5, with Barca 11/5 for the win.

Meetings between these sides can often be tight and cagey affairs, such as their 0-0 draw earlier this season, and given both sides’ slight inconsistencies this term, another draw could be on the cards. Back both teams to score and the draw at 3/1 for added value. Lionel Messi, meanwhile, is more often than not the man for the big occasion here, with 26 goals in 42 El Clasico appearances, so backing him to score anytime at 21/20 may also be worth a punt. 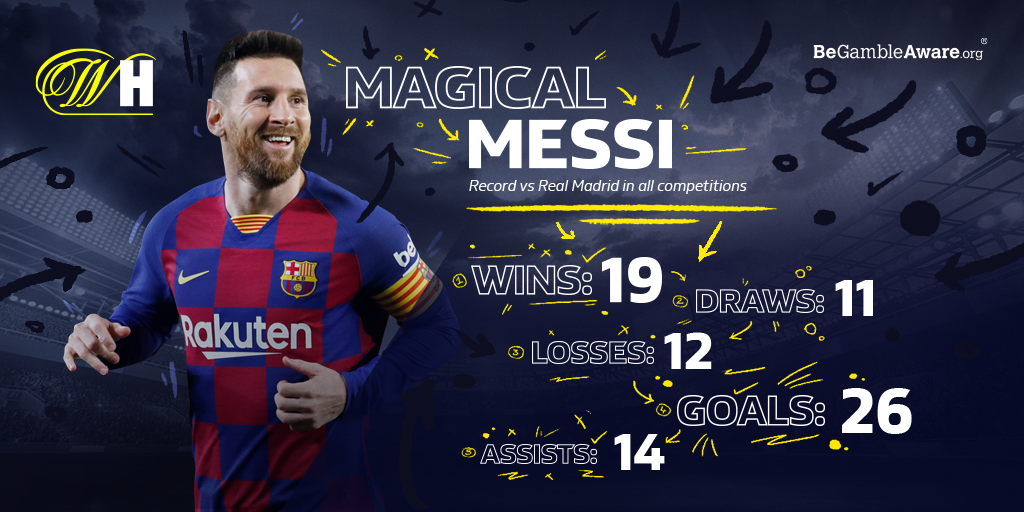