Liverpool manager Jurgen Klopp may not have too many intentions of playing a strong squad in their upcoming FA Cup fourth round replay against Tranmere, but he won’t take a trip to West Ham as lightly.

Despite the Hammers being out of sorts, Klopp knows his side have to continue their forward momentum as they look to land the Premier League title, and they can keep that up with another win here.

Hammers unlikely to land a blow

When three of your next four games are against Liverpool (twice) and Manchester City, the last place you want to be is in and around the dreaded Premier League relegation zone. Unfortunately for West Ham, that’s the situation they face with only goal difference keeping them above the bottom three as Liverpool head to the London Stadium on Wednesday night.

Theoretically, a win in West Ham’s game in hand could give them a much-needed boost away from the drop. However, fans won’t be expecting anything bar a demoralising defeat in Stratford. At 32/100, the Reds are too short for any value interest so instead back Liverpool to win to nil at 23/20. Klopp’s side have kept four clean sheets away from home in five and can add to that record on Wednesday.

Having netted four goals in his last three games against West Ham, it’s safe to say Sadio Mane enjoys playing against the Hammers, so it will come as a relief to them that the attacker is set to miss out. The Senegal international, who has scored 13 goals this season, was forced off through injury against Wolves and is out of this one as a result.

Fortunately for Liverpool, they can rely on Mohamed Salah, another player who has had his wicked way with the West Ham defence in recent times, bagging four goals in his last four games. He is expected to be a driving force from the front on Wednesday night and with the hosts unable to keep a clean sheet in seven of their last eight home games, the Egyptian is sure to have chances.

Salah is 13/5 to score first and with the 27-year-old already on 15 goals for the season, that looks a good bet. Those expecting the hitman to score two or more can take advantage of the 18/5.

Too good to go down?

It’s hard to pinpoint where things went so wrong for West Ham. Back in October they were seemingly fighting for Europe but since then they have lost 10 league games and a manager. In 2002-03, with players such as Michael Carrick, Jermain Defoe, Glen Johnson and Frederic Kanoute in their ranks, the Hammers were dubbed ‘too good to go down’.

They weren’t – and were relegated to the second tier with 42 points. Such is the scale of this season’s decline, it’s difficult to see West Ham reaching that tally from their current total of 23. West Ham face nine of the top 10 in their remaining fixtures, including Liverpool (twice), Manchester City, Tottenham and Arsenal before the end of March and that looks a devastating run of fixtures.

While Norwich look down and out at the bottom of the pile, at this stage the remaining two spots look like Watford, West Ham, Bournemouth and Aston Villa’s to avoid. With no sign of David Moyes’ side turning a corner, West Ham to be relegated at 7/4 looks worth backing now with the odds sure to be a lot shorter in six weeks’ time.

Those expecting Liverpool to win this game and all of their remaining Premier League fixtures can do so at 50/1, while it’s 10/3 for the Reds to end the season on 104 points. 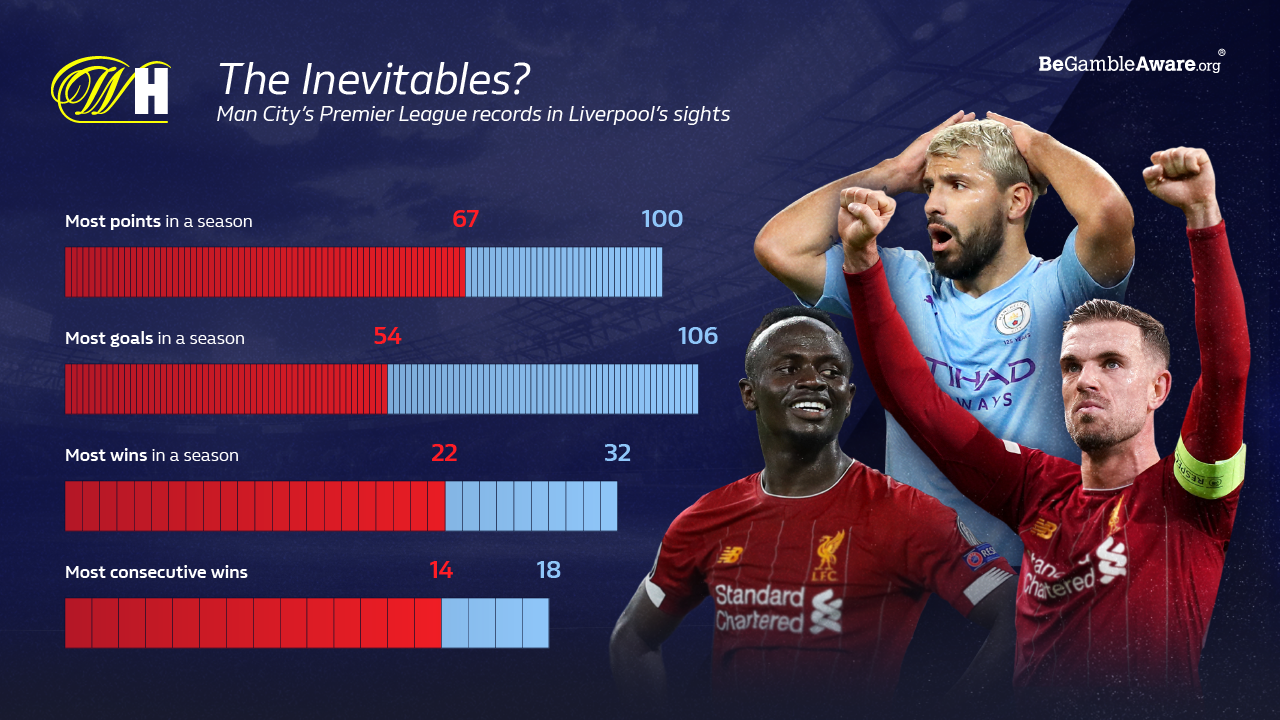