Tiger Woods, GIR and its significance in majors at Bethpage Black

When Tiger Woods won the US Open at Bethpage Black in 2002, he led the field over four rounds for hitting greens in regulation.

When Lucas Glover won the US Open at Bethpage Black in 2009, he led the field over four rounds for hitting greens in regulation.

The 2019 USPGA Championship is the first major to be held at the Long Island venue in New York since, so when considering which players are likely to be challenging towards the top of the leaderboard, there’s an obvious starting point.

Woods leads the PGA Tour for this statistic this season. In fact, last month’s Masters winner is the only player to hit a green in regulation at a better rate than three times across every four holes.

The 15-time major winner is 12/1 in the USPGA Championship 2019 tournament winner betting, while his return of -32 across his last three majors is a lower combined score than anyone else across the same period. 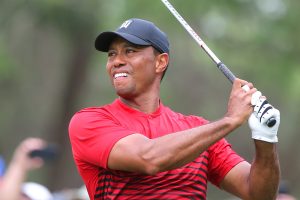 However, there’s a case to be made that a lesser player from within the golf landscape is potentially due a major victory. After all, the last major winner to come from outside the top 50 of the world rankings was Keegan Bradley at the 2011 USPGA Championship.

So who from outside of the world’s top 50?

If such a player will end this eight-year wait at Bethpage Black, few, if any, have stronger claims than Corey Conners.

The 27-year-old Canadian is currently 86th on the world list, but is a PGA Tour winner this season, following his triumph at the Valero Texas Open in the week prior to the Masters.

Conners followed up at Augusta with three under-par rounds, before running into trouble over the closing 18 holes.

He warmed up for Bethpage with a solid -15 in the Zurich Classic of New Orleans, but the strongest fillip for his prospects is that he ranks third across the entire PGA Tour for hitting greens in regulation.

For a player performing so promisingly in this statistic and a player that hasa PGA Tour win on his resume this season (alongside a second and a third), Conners looks incredibly overpriced at 250/1 in the USPGA Championship outright betting.

Watch our USPGA Championship tips and preview show to gain additional insight into the second major of the year.

What’s more, stake £10 on any player to win the USPGA Championship or £5 each-way and for every eagle they manage at Bethpage Black, you’ll qualify for a £10 free bet. Full T&Cs here