Putting all of Tiger Woods’ greatest moments together is no mean feat – the Big Cat’s triumphs are on a different level. Rarely has there been anyone that has achieved so much greatness in such a short time. Anyone watching Woods in his prime would have been left stunned more than once.

Woods would do things that would play on your mind for days, weeks, even years after you first saw it. Here are some of the most incredible moments in a career that is one big highlight reel of excellence.

When Woods arrived at the Masters in 1997, his record wasn’t a great one. A missed cut and 41st finish was the best he had to show for himself. You can only imagine the shock throughout world golf after the end of the 1997 Masters. Woods won by 12 shots and set a record for the best score at -18. Tiger Mania had officially become a thing. The officials were a mixture of impressed and embarrassed. Augusta National would undergo ‘Tiger Proofing’ after that. 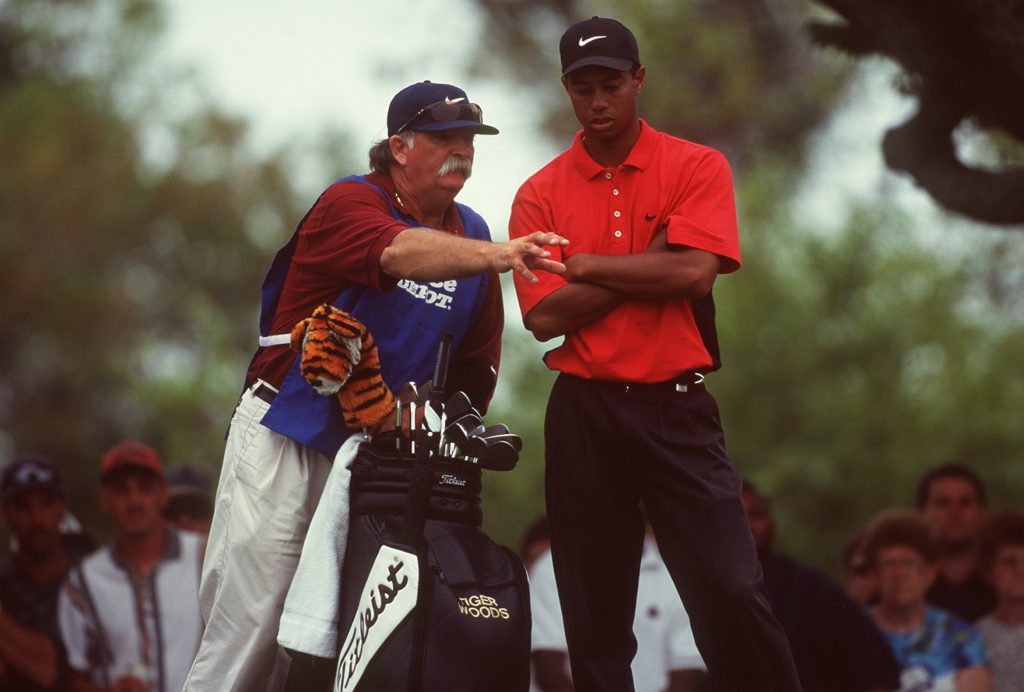 Every Masters tournament after that for 12 years Tiger would be installed as the favourite.

The US Open is historically meant to be the toughest test in golf. If the organisers had the players question why they play this wretched game, then it had been a roaring success. Tiger Woods didn’t break a sweat during the playing of the 2000 US Open at Pebble Beach. Woods would win on a score of 12 under par. Only when you realise that second place was on +3 do you get a feel for Tiger’s genius.

It’s those stats that make fans wonder whether there’ll ever be anyone to truly challenge the American’s greatness?

When golf fans read “in your life” they automatically do it in Verne Lundquist’s voice. That is followed by goosebumps and at least an hour of reflection on that special moment. Faced with an impossible shot on the 16th at Augusta, Woods chipped the ball from a place where hope didn’t exist. Hoping to get it close and leave himself a putt for par, he did the most Tiger Woods thing he could have done. 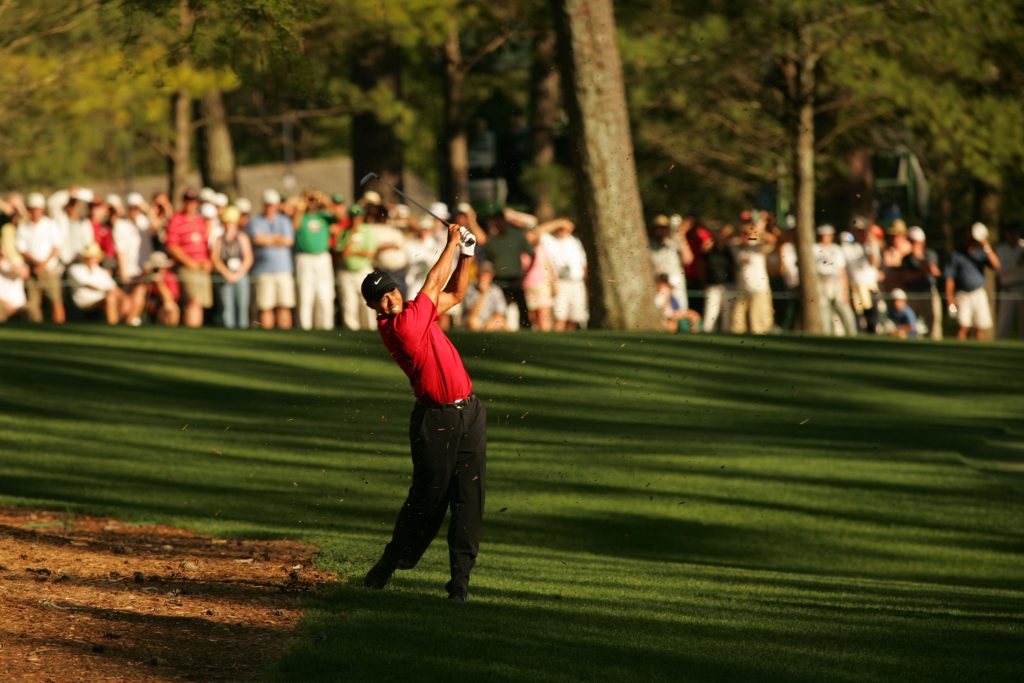 Tiger Woods in action at the 2005 Masters.

The Big Cat stalked the shot for what seemed close to ten minutes. You could hear a piece of cotton wool drop as he lined up. The thousands of spectators in a hushed silence. Woods chipped it and the crowd started up, begging the ball to get close to the hole. They would get more than that as it perched agonisingly on the edge, with Verne Lundquist screaming after the ball dropped in. His famous line of “in your life have ever you seen anything like that” will last for eternity. The golfing world will always be forever indebted to Tiger for that moment.

The 2008 US Open would be the last Major Tiger would win for over a decade and it was arguably his most impressive. Woods would overcome everything at Torrey Pines including a broken leg. He played through the pain barrier and none of us at home were any the wiser. It was extraordinary to find out later in autobiographies that this was the case. His putt on the 72nd hole to force a Monday play-off meant he had to endure another 18 holes in his condition. Caddie at the time Steve Williams recalls the sickening crack of bones in Tiger’s knee.

Woods went on to win the contest on the 91st hole. Tiger was great but ultimately refused to lose. Broken leg? What broken leg?

Having reported a clean bill of health after a successful back operation in April 2017, things began to improve and fast for Tiger. A number of impressive performances, including top-six finishes at the Open and PGA, saw the American surge up the rankings. Despite those well-placed finishes, that elusive win, a first since 2013, evaded him but he didn’t have to wait too much longer.

Having qualified for the season-ending Tour Championship at East Lake, he put on a golfing masterclass that we’d become so used to seeing in his heyday, beating the 29 best players on the PGA Tour that season. The scenes on the 18th hole will live long in the memory of any golfing fan and as one commentator said, “the golfing world was back to normal.”

Eleven years is a long time in any sport, but for Woods 11 years must have seemed like an eternity. When he won his 14th Major at Torrey Pines in 2008 not many thought it would take the American another 11 years to claim another, however problems both on the course and off it saw the former great reduced to a shadow of his former self.

His win at East Lake was huge, but Tiger prides himself on Major championship victories and with Jack Nicklaus’ record still within reach, the 14-time Major winner set about claiming a 15th at his beloved Augusta, a course he’d won four times at previously.

Having started the final day two shots behind leader Francesco Molinari, Woods slowly clawed his way back into contention with the famous par-three 12th hole the turning point. Molinari, seemingly in complete control, put his ball into water at the front of the green leading to a double bogey and Woods took full advantage. Birdies at 13, 15 and 16 saw Woods open up a two-shot lead and despite a closing bogey, he held on for a famous victory.

Woods was back and arguably better than ever.

Check out all the latest golf betting odds at William Hill