Great British Bake Off: Yorkshire rises above all other regions for GBBO winners

Showstoppers and Paul Hollywood handshakes are returning to TV screens this week with the latest series of the Great British Bake Off, and our research reveals that when it comes to producing winners on the reality TV baking show, Yorkshire rises above all other counties in the UK.

Our study shows that the proud northern region has generated four winning amateur bakers in the GBBO tent – which equates to over one third of winners on the show in total (36%) over the 11 different series – with west Yorkshire’s Edd Kimber winning the first ever series in 2010, Nadiya Jamir Hussain triumphing in 2015, Rahul Mandan claiming victory in 2018 and Whitby’s David Atherton crowned in 2019. 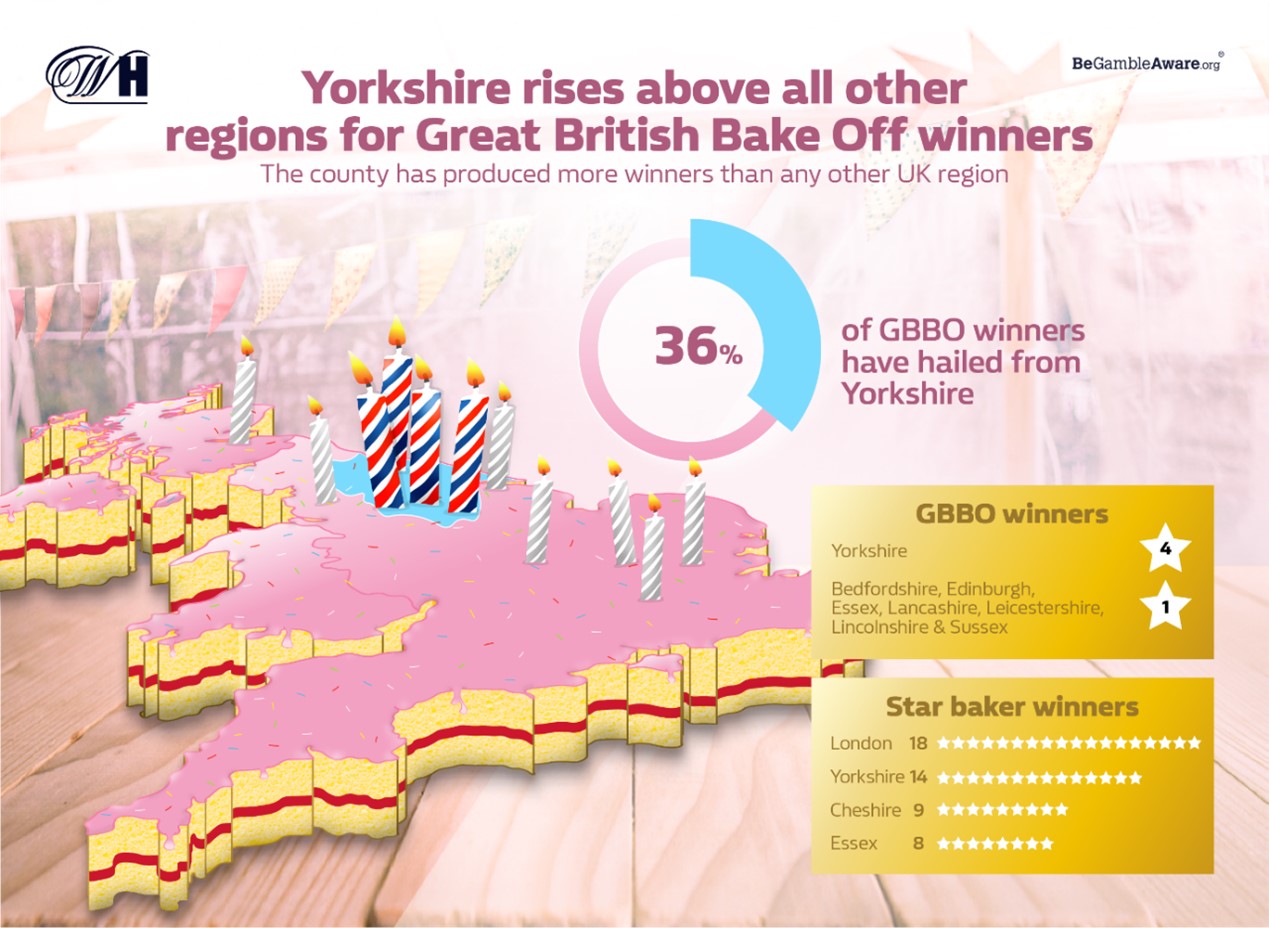 Every week on the Great British Bake Off, the hosts of the show have the pleasure of announcing the judges’ ‘star baker’ award – the contestant who has wowed the panel most with their different baking attempts for that particular episode – and Yorkshire is impressive in this category too.

A total of 14 Yorkshire contestants have been selected as star baker during the 11 years of the Great British Bake Off, second only to London, who have produced 18 on the show so far. Cheshire (9) and Essex (8) complete the top four for regions in this category.

The show returns on Tuesday night on Channel 4 for its 12th series, and will feature a range of different amateur bakers, including a police detective, retired midwife and a software developer amongst others, all vying to be crowned Bake Off champion. Judges Paul Hollywood and Prue Leith will return alongside hosts Noel Fielding and Matt Lucas.