Harry Angel Diamond Jubilee Stakes will be many people’s idea of banker material on day five of Royal Ascot, but the 125-rated sprint sensation has a less than compelling record at the Berkshire venue.

Clive Cox’s star speedster is 11/4 favourite for the Diamond Jubilee stakes, despite the fact that he has yet to win at Ascot in four attempts, most recently in British Champions Sprint Stakes.

In fairness to the 125-rated thoroughbred A-lister, his form figures at the track do read 2,2,2,4 and he has been bested by superb horses Blue Point, who won yesterday’s King’s Stand and Caravaggio.

Yet, it remains the case that, but for his visits to Ascot he would be 5-0 in races under rules.

Who is most likely to ruin Harry Angel Diamond Jubilee Stakes betslips?

Last year’s Diamond Jubilee Stakes winner, The Tin Man has come off on the wrong side of Harry Angel thrice, but perhaps tellingly he got far closer to him Ascot than in their previous meetings at Haydock and Newmarket.

James Fanshawe’s runner was sent off 9/2 last year, but he’s available at 8/1, despite the form of his seasonal return being well franked since.

The second D’bai, a stablemate to Harry Angel won at Group 3 level on his next outing and is considered worth his place in the Diamond Jubilee. Meanwhile, Tropics, one of the other two horses in the contest to run again since landed a valuable Chelmsford handicap in ready fashion.

But the memory of how close Aussie wondermare Black Caviar came to losing her fabled unbeaten record in the 2012 edition, when sent off at 1/6, tempers the enthusiasm for sprinters that made their names down under.

Another foreign raider with rather more upside than the Antipodean duo is Wesley Ward’s Bound For Nowhere, who was tipped up at 12/1 on these pages earlier this month.

The least exposed horse in the field, he finished fourth behind Caravaggio, Harry Angel and Blue Point after experiencing trouble in running during the 2017 Commonwealth Cup at Royal Ascot. 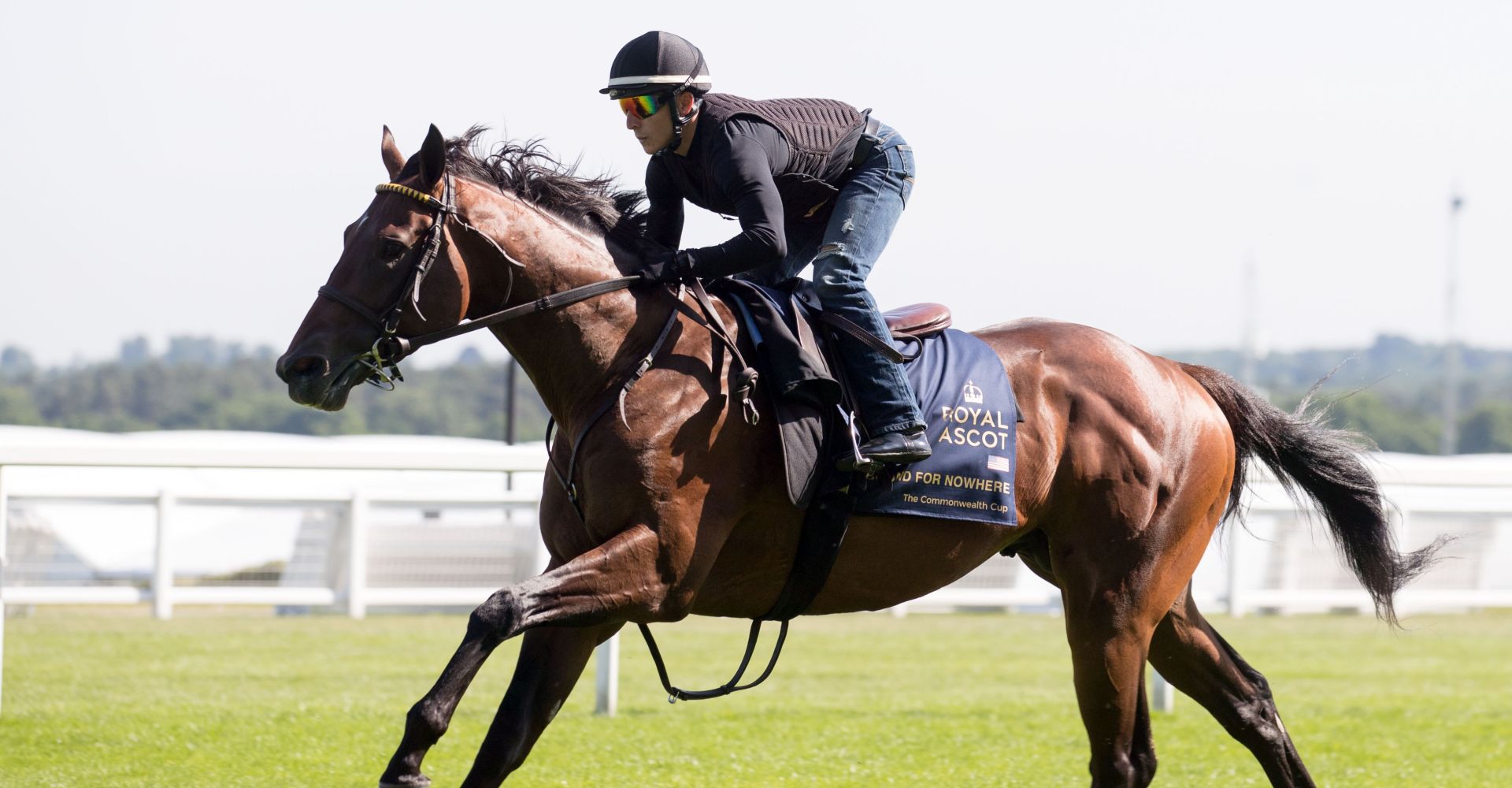 His victory at Keeneland last time out has been boosted already this week by the exploits of the second, Bucchero, who finished an excellent fifth in the King’s Stand behind Blue Point on Tuesday.

Bound For Nowhere put him in his place by a cosy four lengths and could be the one to prolong the Ascot agony for Harry Angel.