Six of the biggest upsets at Cheltenham Festival

The Cheltenham Festival is where legends can be made in the world of horse racing. Arkle, Best Mate, Kauto Star and Altior are just some of the elite competitors that have made their names at the event.

The majority of winners are known on the National Hunt circuit before making their charge for glory in the week of the Festival. However, there have been rare cases where a horse has come out of the shadows to triumph on the grand stage.

We’ll now take a look at the horses that have produced some of the most stunning results at Cheltenham Festival in the history of the event. 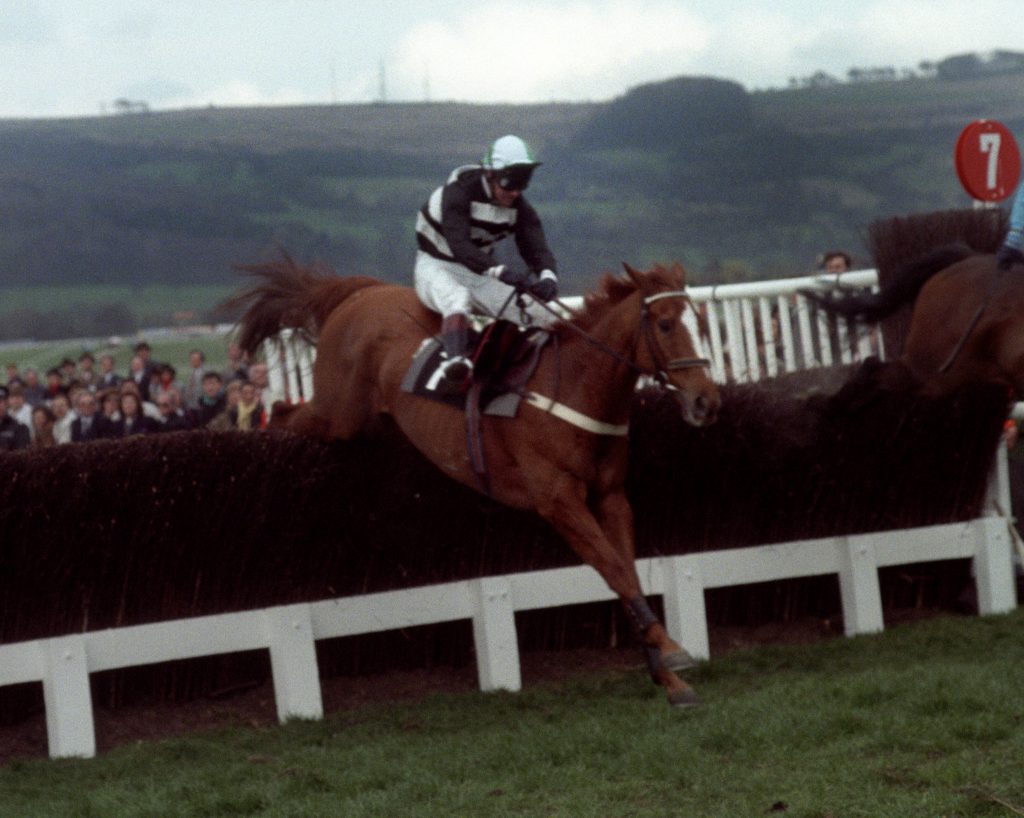 Perhaps the most notorious surprise in the history of the Festival came at its most prestigious race. Norton’s Coin was a rank outsider at 100/1 to take the crown in the Cheltenham Gold Cup in 1990. The chestnut gelding did have experience and entered the meet with 18 races under his belt, triumphing on six occasions. One of those victories had come at Cheltenham in the previous campaign, when Richard Dunwoody rode the horse to the win at the South Wales Showers Mira Silver Trophy Chase.

Norton Coin’s managed to build a semblance of form ahead of the Gold Cup, finishing second at Cheltenham in the Lechlade Handicap Chase and third at the Harwell Handicap Chase at Newbury. However, facing off against defending champion Desert Orchid among a talented field, the chestnut gelding was rightfully written off before the race.

That being said, with Graham McCourt in the saddle, Sirrel Griffith’s charge put forward an excellent performance. McCourt timed his surge to perfection down the stretch, edging out Toby Tobias by half a length – a truly special performance from the nine-year-old. It was the crowning moment of his career, while his subsequent returns to the event could not replicate the same magic. He fell at the 17th fence in the 1991 race before pulling up at fence 20 in the following year. Despite those performances, Norton’s Coin is forever etched in the history of Cheltenham Festival.

Before Cue Card became one of the finest horses on the National Hunt circuit, he was a 40/1 outsider at the Champion Bumper at Cheltenham Festival. There was a reason for his long odds, given that Colin Tizzard’s charge had only one race under his belt before appearing in the Festival. That outing came at the Standard Open NH Flat Race at Fontwell Park in January, two months before he would compete at Cheltenham. Joe Tizzard took the reins at the race and was able to guide the horse to a victory on debut, although the competition was a Class Six outing.

His next appearance would be in the Champion Bumper and once again, Joe Tizzard took his place in the saddle. German horse Shot From The Hip was the 3/1 favourite for the race, having claimed two victories in his two races prior to the event. Tavern Times was also expected to be in contention following a winning performance at the Membership 2010 Flat Race at Fairyhouse. However, Cue Card produced the quality needed to take the victory at Cheltenham, pulling away down the stretch with great speed to claim his place in the winners’ enclosure. The bay gelding has gone from strength to strength since, winning further crowns at Cheltenham, including the Ryanair Chase along with other success at the King George VI Chase. However, the Cheltenham Gold Cup has escaped his grasp thus far in his career.

The bay gelding had pedigree at the Cheltenham Festival before his surprise triumph in the Champion Hurdle in 2004. Dessie Hughes’ charge won the Royal & SunAlliance Novices’ Hurdle in 2003 on his debut at the racecourse, putting forward a fine performance to defeat race favourite Pizarro by a length. However, in the early stages of the 2003/04 National Hunt season, he was off the pace, claiming a solitary win at the Heineken Kilnaleck Maiden in Navan. The six-year-old did have a string of second-place finishes, including one at Cheltenham two months prior to the Champion Hurdle. Hardy Eustace was solid in the Cleeve Hurdle, but lacked the pace to challenge Crystal d’Ainay, who won the event by three lengths.

The bay gelding had pedigree at the Cheltenham Festival before his surprise triumph in the Champion Hurdle in 2004.

As a result, it was not a surprise that the bay gelding was an outsider for the Festival. With Conor O’Dwyer in the saddle, the Irish horse was outstanding as he timed his surge to perfection down the stretch. Race favourite Rooster Booster challenged towards the line, but Hardy Eustace pulled away to win by five lengths. He carried that momentum into the next season when he notched his second win at the event, although he merely delivered on expectations. The Irish horse edged out Harchibald by the tightest of margins to claim the crown. 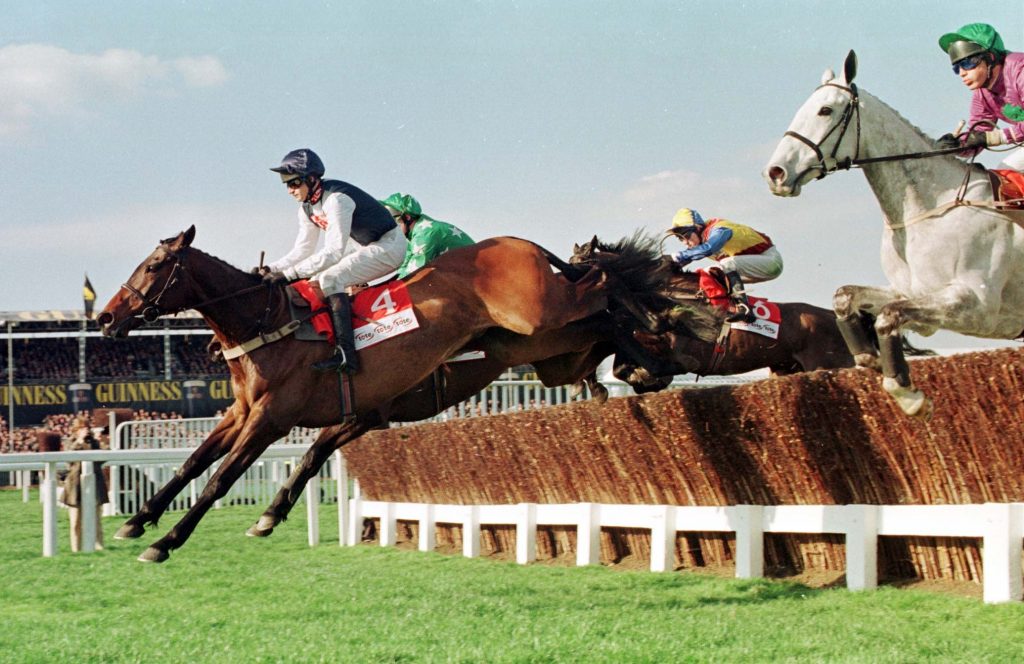 Despite an impressive record, Cool Dawn was not a strong contender for the Cheltenham Gold Cup in 1998 at 25/1 before the meet. Robert Alner’s charge made an impact in his first race at Cheltenham in 1996, finishing second in the Foxhunter Chase Challenge Cup. He was only beaten out by race favourite Enda Bolger’s Elegant Lord, highlighting his potential. The following term was a write-off for the bay gelding, failing to find his form before the campaign was ended prematurely ahead of the festival.

However, his 1997/98 campaign was on song from the off, reeling off three straight wins at Ascot Racecourse. A misfire at the Agfa Diamond Chase at Sandown Park affected his odds for the Gold Cup after pulling up at the event. Andrew Thorton got an excellent performance out of his charge for the race, stunning the rest of the field with a near-flawless outing. Cool Dawn had the pace down the stretch to pull away from his nearest challenger Strong Quarter to win by one-and-three-quarter lengths.

The grey gelding passed into the hands of Willie Mullins before his stunning triumph at the Supreme Novices Hurdle in 2007. Ebaziyan had been out of action for 18 months after moving stables, previously under the tutelage of John Oxx. He made his first appearance under Mullins at Cork in the Millstreet Maiden Hurdle and was only beaten out by a short head by race favourite Academy Reward. In his final race before Cheltenham, he secured a fine victory at Thurles in the Maiden Hurdle, delivering on expectations after being considered the favourite for the event.

Despite his victory, he was a rank outsider at 40/1 at the Supreme Novices Hurdle. Davy Condon took the reins for the race, with Ebaziyan putting forward an outstanding display to claim the victory. There was a late scare with a mistake two fences out, but the grey gelding held form and was able to close out the triumph by three lengths to complete the upset.

There is never a certainty in horse racing, but for many Benie Des Dieux in the 2019 Mares’ Hurdle was pretty close to one. Since moving to the Willie Mullins yard, the mare was unbeaten from five starts, including winning the race the year before, and was sent off just 10/11 to repeat the feat.

Though it was her first run of the season, favourite backers couldn’t have wished for much better as the eight-year-old glided around Prestbury Park and ominously cruised into the lead rounding the home turn. Jockey Ruby Walsh exuded confidence as the favourite surged three lengths clear as she approached the final flight.

However, disaster struck as her legs gave way as she jumped the hurdle, leaving Harry Skelton and Roksana clear to win the race in hugely dramatic fashion. Thankfully Benie Des Dieux was none the worse for the fall and has won her three races since. She’s just 4/5 to win the race in 2020 and given how good she’s been so far, she looks like she’ll be very hard to beat.