Record-breaking snowfall caused chaos across Britain in early March as the Beast from the East brought the sporting schedule to a standstill. The horse racing scene fell victim to the white-out – yes, even the all-weather cards – but one positive taken by fans is that it came a little too early to threaten Cheltenham Festival 2018.

One man who struggled to remain calm during blizzards and high winds was star jockey Ruby Walsh. The 38-year-old Irishman was chomping at the bit to get his comeback moving again following last year’s horror leg-break. He’s nearing a return to action, with Cheltenham Racecourse the preferred setting.

Fighting back from a career-threatening injury to help play a starring role in one of the biggest shows of the year? Helping punters beat the bookies? It’s the stuff of fairytales but, if anyone can do it, it’s surely Ruby. 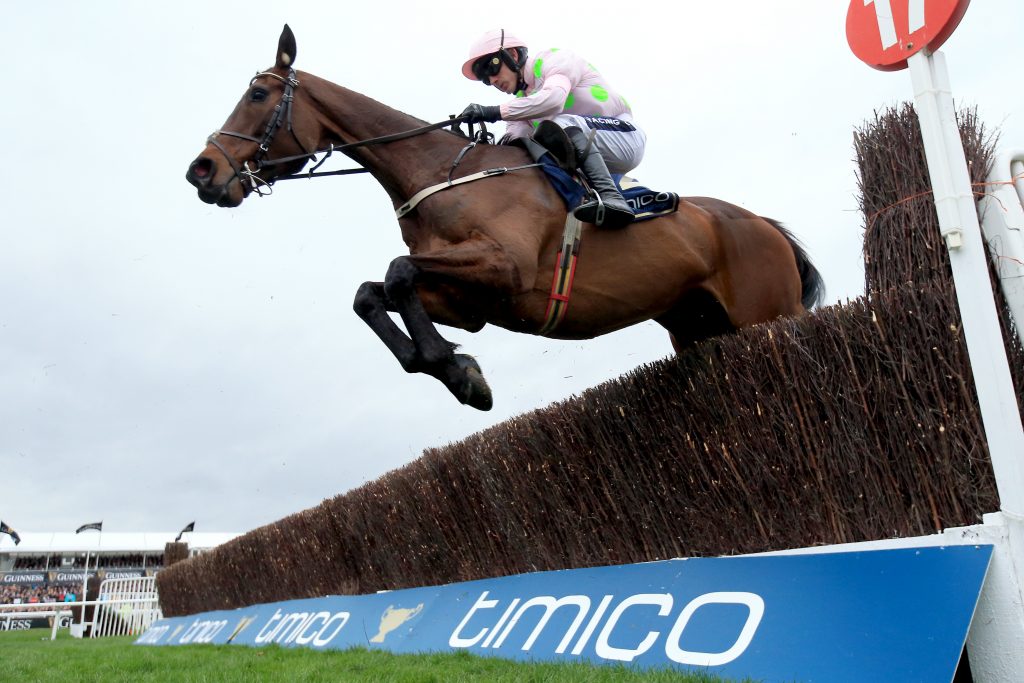 Djakadam, ridden by Walsh, finished second in the Cheltenham Gold Cup 2016 and the team will be looking to go one better this year if they can get horse and pilot fit and ready for action. It’s a no-hoper if following the thinking of traders, however, with 33/1 the market’s best price on Djakadam winning the week’s main event in the antepost market. It would take a massive effort, of course, but there are many shrewd punters who think Willie Mullins’ nine-year-old gelding has been written off too easily.

In the two years that have passed since that near miss, Djakadam has finished outside of the top four only once in nine races, with Ruby in the saddle five times. The pair last worked together in April 2017 when finishing second in the Punchestown Gold Cup. In another agonising defeat, they went down a short-head to odds-on favourite Sizing John, going close to a famous 5/2 upset.

Excuses can be made for the bare result; he was leading when making a mistake two out and we’ll never know what would’ve happened with a more assured round of jumping. Backers can take confidence from the usual gutsy effort given by Djakadam that day, staying on to force the issue all the way to the line.

The horse has run three times in Walsh’s absence. He was second behind Sizing John in the John Durkan Memorial Punchestown Chase in December – beaten far more convincingly with Paul Townend on his back. He was then pulled up in the Leopardstown Christmas Chase by Danny Mullins and third in the Irish Gold Cup, ending ten lengths behind Edwulf, with Patrick Mullins the jockey on that occasion.

Winning on Djakadam in the Gold Cup is a dream that would’ve kept Walsh sane during a tough few months on the treatment table and, if the team are reunited in front of a packed Prestbury Park crowd at the Cheltenham Festival, they’ll attract plenty of attention pre-race in the betting ring.

Faugheen will benefit from Walsh’s return

Another high on the jockey’s list of priorities is Faugheen, who is expected to pick the Champion Hurdle on Tuesday as his Cheltenham race. Traders have Willie Mullins’ ten-year-old as a 13/2 second-favourite in the early betting, sitting behind odds-on shot Buveur D’Air. The jolly is, by far, the shortest price horse of the week with traders, and expected to take all the beating. If only Faugheen had the help of a man who has carved a career out of upsetting the odds…

The bay’s preparation for March has been poor and there’s not been a lot there to encourage punters to rush out and back him for the prize. If Walsh doesn’t sit in the saddle, it’s doubtful too many will take the risk of opposing Nicky Henderson’s superstar, who rocks up on the back of a nine-race winning run. That purple patch is expected to go well into double figures this year if Walsh and Faugheen can’t find a way to halt the charge. 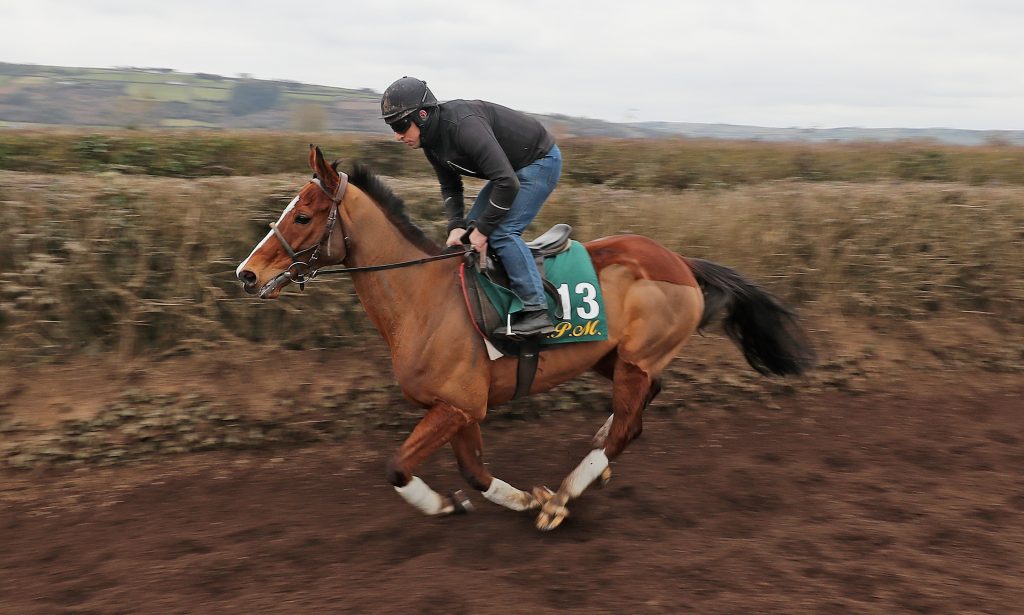 Faugheen during the visit to Willie Mullins stables in Closutton, Ireland.

Making all from the first stride, he flexed his muscles when approaching the business end of the race and found the change of gear needed to put the contest to bed. Is Faugheen at his best? Possibly, but the performance served as yet another reminder that the star, when on his game and in the right hands, is a machine – no questions asked.

Since securing that emphatic victory, Paul Townend has taken over without too much success. In three races in over a year, he was victorious in the Morgiana Hurdle, pulled up at Leopardstown in the Ryanair Hurdle and second in February around Leopardstown in the Irish Champion Hurdle.

His most recent performance may just have lost the horse a few fans as he seemed to roll over all too easily when push came to shove, finding no more on the run-in, keeping on at the one pace to make a mockery of his 9/10 starting price. Many fingers were burnt but the Ruby factor will play a huge part in achieving forgiveness. One thing’s for sure: it’ll take a personal best to defeat Buveur D’Air, but experienced backers know Faugheen once had the class to gate-crash the party – those loyal to the cause will hope that the old fire is still burning. Ruby has had enough time to plan how to best fan those flames.

There’s a decision to make for Ruby Walsh on who to ride on day two of the Festival in the Champion Chase if he races Cheltenham. It’s a problem he’ll be happy to have, too, having held a genuine fear not so long ago that he’d miss out on the highlight of spring.

Douvan or Min? Choosing one and ignoring the other could shape the jockey’s week but how does he make such a choice? A solid argument could be made for saddling either. Reputation vs recent form. On paper, Douvan is the obvious pick. A star of the business, the eight-year-old Mullins rep has already beaten the best, winning the Supreme Novices in 2015 and Arkle in 2016, smashing Sizing John by seven lengths in the latter.

That CV aside, there is a concern over backing Douvan in the Champion Chase as the first furlong of that race will also be the first he’s run in competitive action since ending down the pecking order at the venue last year, stumbling home to a seventh-place finish in this very race, despite carrying a 2/9 price tag.

Douvan was leading the pack 12 months ago but a couple of errors cost him his place and he was spotted going backwards at the finish, with Ruby Walsh knowing there was little to be had in seeking anything more from his mount. Jumping won’t be a problem but a lack of sharpness will be and Walsh may just think he’s not worth risking. One big comeback is tough enough; securing two is nigh-on impossible. 9/2 trades on Douvan winning the prize pot and that makes him third-favourite. 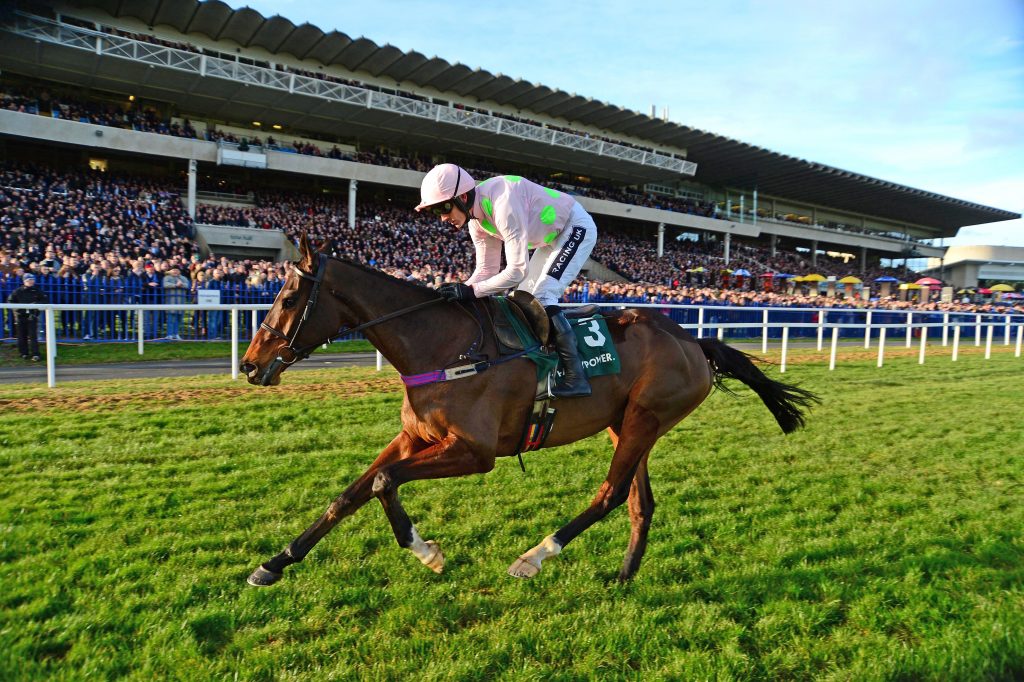 Is Min the sensible option? A capable horse with plenty of class who has been busy keeping himself fit during Ruby’s time away. Of course he is, but would Danny Mullins, who rode Min to victory last time out in the Dublin Chase at Leopardstown, be expected to simply stand aside? It’s a lot to ask, that’s for sure. Mullins and Min struck up a frightening partnership when whipping runner-up Simply Ned by 12 lengths in February.

The horse is in good hands and connections may just be happy to leave things that way, adopting the ‘if it’s not broken, don’t fix it’ philosophy. Min is a very talented operator who could win with any decent pilot doing the steering. Douvan, given what he’s been through recently, may just need the magic touch to get him back to winning ways. If there was anything amiss with the horse in running, owners would also want a sensible pair of hands holding the reins to make a decision on what’s best for the animal.

The stats make for interesting reading. Ruby Walsh has ridden Min five times – between December 2015 and December 2016 – and the results stand at four wins and a second. The spare came at the Festival in 2016 when losing to Altior in the Supreme Novices Hurdle, seven lengths the distance.

Compare that to Douvan and Walsh. Of their ten runs, the results read nine wins and that seventh in the Champion Chase. If this was the script of a movie, Ruby Walsh would ride Douvan to a stunning victory at a punter-friendly price in front of a packed Cheltenham crowd. Sometimes, fact is stranger than fiction.