Horses for courses: How much does Cheltenham form matter?

The Cheltenham Festival is the highlight of the National Hunt season. The four-day meeting in March attracts racing fans from all over the world on a yearly basis – with upwards of 80,000 passionate spectators attending on Gold Cup day alone.

The Festival is broadcast on terrestrial television and attracts casual fans to horse racing that perhaps ordinarily wouldn’t be following, such is the mass appeal of this colossal sporting event. Punters are determined to keep up with all of the latest Cheltenham race information both pre-Festival and during the meeting.

Plenty of bettors will have already had a flutter ahead of this year’s Festival – antepost odds have been available for a while now. Tips for Cheltenham usually start to surface when the flat racing season ends and pundits have been discussing the Festival for the most part of six months.

It truly is the standout event in National Hunt racing; it is hard to go against that view with 13 Grade One races on the Cheltenham race card. Prestbury Park itself is a magnificent circuit to watch the best horses in the business – a fitting venue for a classy week of racing.

The big question: Course form over everything else?

On to the key question: does Cheltenham form matter at the Festival? Previous at any given racecourse is preferable – most regular racegoers will see that as an absolute must. To the average Joe, considering a horses’ recent form over Cheltenham-specific form may seem more important – but it really isn’t.

There are a few course specialists coming to the Cheltenham Festival this year; Apple’s Shakira, North Hill Harvey and Black Corton all boasted 100% winning records ahead of the 2018 meeting. The latter, an 8/1 price for the 2018 RSA Chase with William Hill, headed to Cheltenham off the back of seven wins in eight races; including two at Ascot and Kempton Park. We’ll get onto those two tracks later, though. 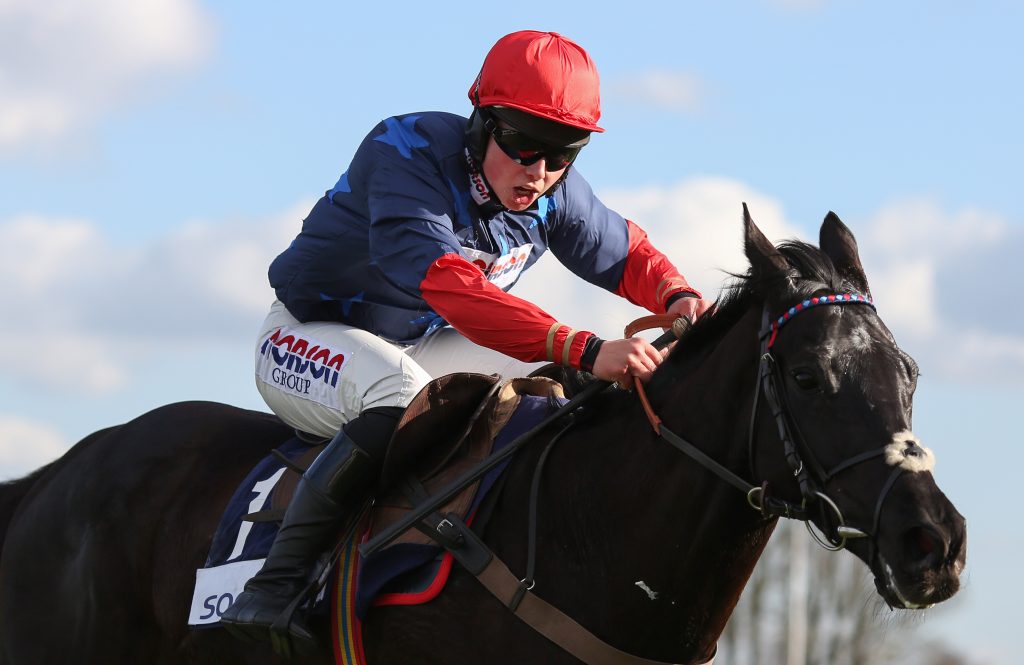 At Cheltenham Racecourse, form is arguably more significant than it is elsewhere. To win at Cheltenham, a racehorse needs to be gutsy. Prestbury Park is not the easiest circuit in the industry; the legendary Cheltenham hill has got the better of some very good horses. Remember Sprinter Sacre romping up to take Un De Sceaux on in the 2016 Champion Chase? That moment will last long in the memory of the racing community as the favourite was foiled by the former champion.

Speed is not the be all and end all here; stamina and determination are two key traits needed to be a Festival winner. If you check the Cheltenham results from the last few years, many horses have proven experience over longer distances or proven form at Prestbury Park. Both are of utmost importance for your Cheltenham Festival tick box.

In addition, Cheltenham is a left-handed course; many of the United Kingdom’s racetracks travel in an anti-clockwise direction. Crucially, there are a few right-handed circuits – three of which host major National Hunt racing events throughout the year. Kempton Park, Ascot and Sandown Park are all right-handed; meaning that a horse with proven form at any of these tracks may struggle at Cheltenham. There are a few anomalies, of course, but a horse that takes to Ascot won’t necessarily take to Cheltenham.

Course and distance form is the jackpot

The distance is also important. You probably wouldn’t be overly keen to support a two-time winner over two miles in the four-mile National Hunt Chase at the Festival; that is just common sense. Some horses have their level when it comes to distance – others are capable of going that little bit further.

Looking for that little C&D snippet in the Cheltenham race card should help punters to find out valuable information relating to all of the runners and riders throughout the meeting. Course and distance form should be high up on a punter’s list of priorities when betting at the Festival.

2018 Cheltenham Gold Cup favourite Might Bite is one such horse going into the festival. He won the RSA Chase at last year’s festival, though only after surviving a mammoth late scare. With the race seemingly at his mercy, Might Bite veered right on the run up the Cheltenham hill before coming to a near standstill. 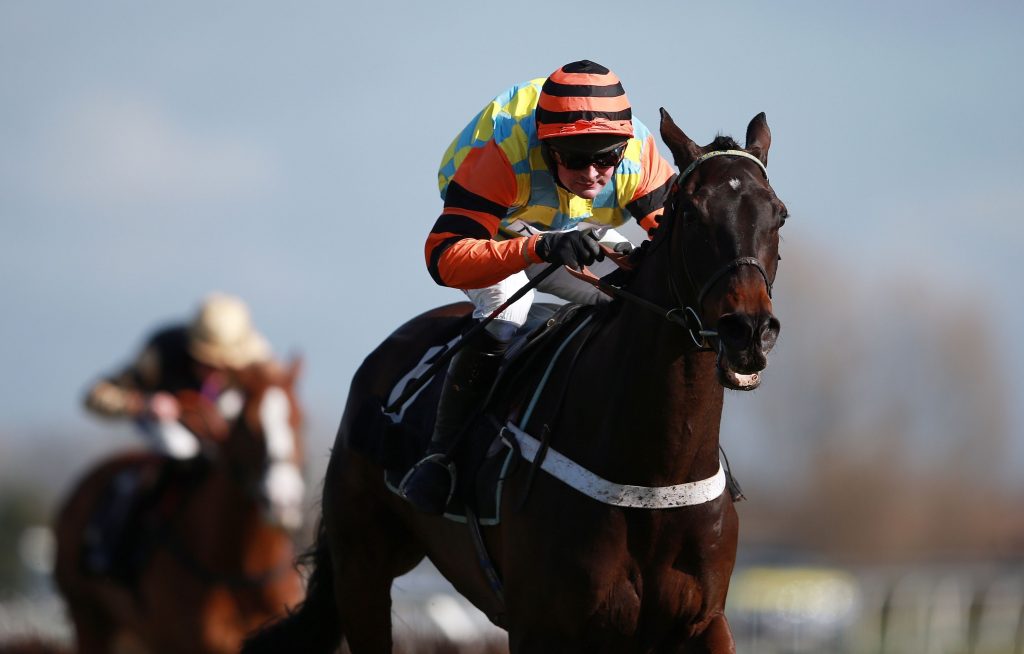 He was passed by Whisper before jockey Nico de Boinville rousted him and they somehow managed to snatch victory back from Whisper in the final strides.

While some will fear that his ‘Cheltenham quirk’ could reappear in the Gold Cup, his supporters will claim that Might Bite’s determined late rally is a big clue that he will stay the 3m2f required in the Gold Cup, where he is a 3/1 chance to win despite his struggles last year.

Don’t forget about the ground

And then, of course, we have the going. Ground, particularly at Cheltenham, may be the most important aspect to consider before placing any bets. Some horses are different beasts on heavy ground, whilst others tend to thrive on a decent spring surface, often improving their winter form as such.

The weather plays a key role in determining the going on a yearly basis and Simon Claisse, Cheltenham’s long-serving clerk of the course, keeps punters updated throughout the build-up to the event. In 2018, heavy snow across the south west of England affected preparations for the meeting and there was next to no chance of good spring ground for the March showpiece.

Reading up on a horse’s history on different types of ground is a must for punters ahead of the Festival – whether you are a first-time bettor or a racing aficionado. Cheltenham race tips will be heavily influenced by the ground so it is sometimes wise to refrain from too much antepost betting ahead of the event.

Usually, Cheltenham is a perfect picture on the opening Tuesday of the Festival but the weather has hindered the racecourse itself in each of the last two years. So remember: researching the going is imperative on the Cheltenham race card.

In 2018, Gordon Elliott’s charge Samcro – winner on all six of his starts ahead of the Festival – headed across to Prestbury Park for the Ballymore Novices’ Hurdle. Widely labelled as one of the red-hot tips for Cheltenham, Samcro has no experience racing outside of Ireland.

In a novices’ race, running at Prestbury Park is not imperative but Cheltenham are excellent with hosting trial dates throughout the year. Samcro was impressive when winning the Deloitte Novices’ Hurdle at Leopardstown in February and he was as short as 8/11 for the Ballymore with William Hill ahead of the 2018 Festival.

Simply put, you have to trust a novice’s form. In the case of Samcro, Elliott has one of the most successful stables in the business and punters should trust his judgment. The same applies to other trainers – Willie Mullins labelled Laurina, a 4/5 chance with William Hill prior to the Festival, as his best chance of the week in the Mares Novices’ Hurdle.

Despite some critics worrying about the ground, Mullins reassured punters that the ground should not be a problem for his talented mare. After all, her two wins prior to the Festival both came on heavy ground…

Of course, the flip side to trusting the trainers is that they don’t always get it right. The Mullins camp were convinced that Melon was going to win the Supreme Novices’ Hurdle in 2017 but the Elliott-trained Labaik, often criticised for his temperament, romped home at 25/1 to claim a shock triumph.

Since then, Melon has failed to live up to the hype – a third in the International Hurdle at Cheltenham in December not good enough against some of his Champion Hurdle rivals. Trust your own judgment when selecting a novice; trainers are able to provide useful information and advice but punters need to trust their own selections.

It sounds so simple when you put it like that but that is the fact of the matter. Punters must take everything into account when betting at the Festival – placing emphasis on Prestbury Park form is not essential but should be viewed as important.

Recent form is surely the main thing to look out for though, it isn’t all about previous efforts at Cheltenham. Take Douvan, for example: you wouldn’t find many punters who would fancy taking on Nicky Henderson’s Altior. Douvan was last seen finishing seventh in the Queen Mother Champion Chase at the 2017 Festival, and many forget he went off a 2/9 favourite on that day.

Ultimately, a racehorse isn’t a machine – punters would do well to remember that. Tips for Cheltenham have been available for months but it all comes down to effort on the day. If a particular horse wakes up and feels it, just like Labaik did on the Tuesday in 2017, then they will take some stopping. Cheltenham race form is important but there is more to backing a winner than form around Prestbury Park. Research well, trust yourself and you could be onto a winner at the world-famous Cheltenham Festival.