How will northern raiders fare at this year’s Cheltenham Festival?

Here’s a quiz question for you. As we head into the 2018 Festival, what was the last northern-trained horse to land a Cheltenham result at the four-day National Hunt spectacular?

The answer is Hawk High, who landed the Fred Winter Juvenile Novices’ Handicap Hurdle for four-year-olds back in 2014.

That, in turn, begs another question: Can northern trainers end a four-year wait for a winner at the Cheltenham Festival? With so many Irish raiders crossing the sea and many more stables from southern Britain represented, it won’t be easy.

There are some live chances hailing from the north, though, so here we take a look at their best hopes heading down to Cheltenham.

Sam a Spinner for O’Keeffe in Stayers

Middleham-based Jed O’Keeffe is certainly one of the smaller yards represented at the 2018 Festival, with a maximum of just two runners set to travel from the Yorkshire Dales. American Craftsman may get into the Fred Winter, but his other Cheltenham entrant – the progressive Sam Spinner – is the North’s best chance of festival glory if the betting is any indicator.

In a season where the staying hurdlers division gives us wide open races at Cheltenham, be it open company or among the novices, this six-year-old made dazzling and rapid progress when stepped up in trip. Although beaten by half a length on reappearance when giving weight to Court Minstrel in Chepstow’s Silver Trophy, Sam Spinner notched a staggering success in another Grade 3 handicap hurdle over 2m 7f on bottomless ground at Haydock.

Conditions on Merseyside for that November meeting put paid to Cheltenham Gold Cup hero Sizing John’s bid for the National Hunt Triple Crown of chasing, as connections swerved contesting the Betfair Chase in the mud. O’Keeffe showed no fear of the going underfoot, however, and Sam Spinner duly made all when bolting up and beating his elders by 17 lengths.

Had mudlark Bristol De Mai not obliterated what remained of the Betfair Chase field by a wide margin, then more racing press column inches may have been written about an emerging talent. The emphatic nature of Sam Spinner’s sensational result at Haydock gave connections the confidence to pitch him into Grade 1 company last time out for the 3m Long Walk Hurdle at Ascot. 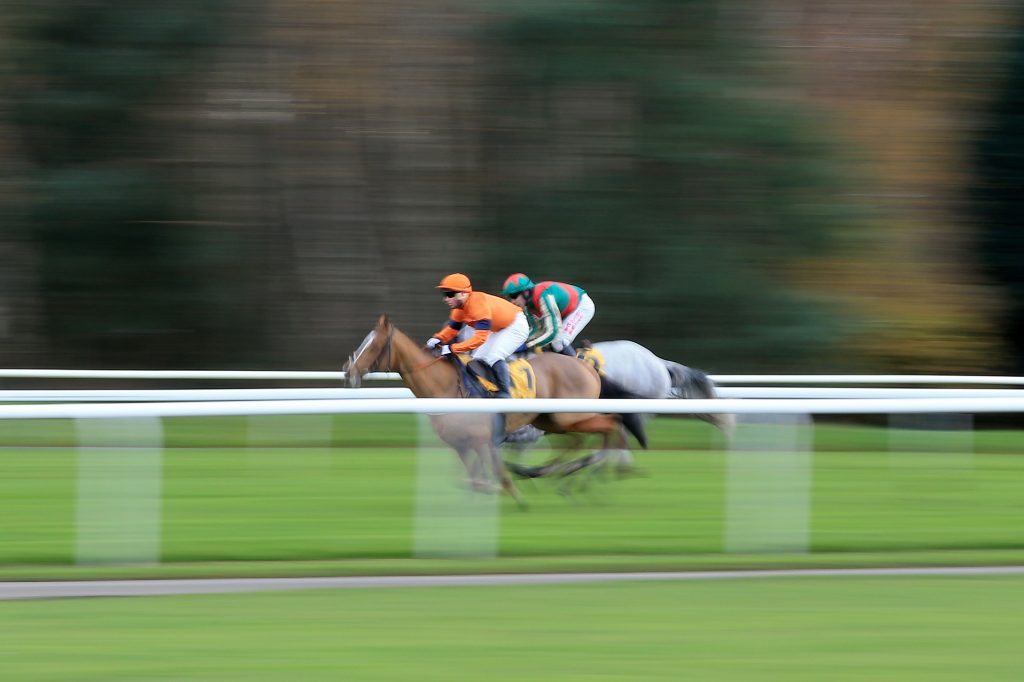 Sam Spinner ridden by Joe Colliver make their way around the racecourse to win the Betfair Stayers’ Handicap Hurdle Race.

Now named in honour of the great Reve De Sivola, there was no hiding place in that race on the day before Christmas Eve as it contained many horses with Stayers’ Hurdle ambitions of their own. Sam Spinner simply led from the front and made all again – albeit on better ground – not letting French Champion Hurdle winner L’Ami Serge past.

It was another huge step forward and further evidence of the huge upward curve this horse is on. Sam Spinner has remained prominent as a Stayers’ Hurdle antepost bet on Cheltenham ever since, while there is a key race trend in his favour.

From 17 renewals of this Cheltenham Festival contest since 2000, half a dozen winners have been six-year-olds. That is a Stayers’ success rate of 35 percent for horses of Sam Spinner’s age this century.

Of the other six-year-old horses entered in this Festival feature, three of the mares all have other engagements, as does Thomas Campbell – who might be better served taking up a handicap assignment. Finian’s Oscar, meanwhile, was pulled up in the Cleeve Hurdle on Festival Trials day and the presence of Irish Champion Hurdle winner Supasundae in the field for the same owners suggest he will go in a novice chase contest at Cheltenham.

It leaves Sam Spinner as the only rising star with strong claims for the Stayers’ Hurdle. He has already socked it to his elders at Ascot: in addition to defeating L’Ami Serge, he also dispatched of Lil Rockerfeller and Unowhatimeanharry, who finished second and third in last year’s Festival, respectively.

There are clear challenges in the shape of last year’s Liverpool Hurdle winner Yanworth, who switches back from fences, Cheltenham specialist Wholestone and some difficult-to-quantify opposition like The New One and the Willie Mullins brigade. O’Keeffe must pray Sam Spinner can reproduce his front-running winter efforts around the undulations of Prestbury Park.

Ellison is Definitly bidding for Gold Cup glory with Red

Northern hopes don’t entirely rest upon the shoulders of young Sam Spinner, because the first priority for Grand National top-weight Definitly Red is a crack at the Cheltenham Gold Cup.

Trained by Brian Ellison near Malton, in the Ryedale region of the Vale of York, the nine-year-old was pulled up during last year’s Aintree showpiece because his saddle slipped. Prior to that, Definitly Red recorded ready victories in the Rowland Meyrick and Grimthorpe Handicap chases.

Although he was a 24-length third behind Bristol De Mai and Blaklion in a renewal of the Charlie Hall Chase that somewhat fell apart form-wise on his seasonal reappearance, Definitly Red won his next two starts.

The second of those came on Festival Trials Day in the Cotswold Chase, where he reversed placings with Bristol De Mai. It was a taking display from a thorough staying chaser who belied the North’s poor recent record at Cheltenham to score by eight lengths from Harry Fry’s well-regarded American. 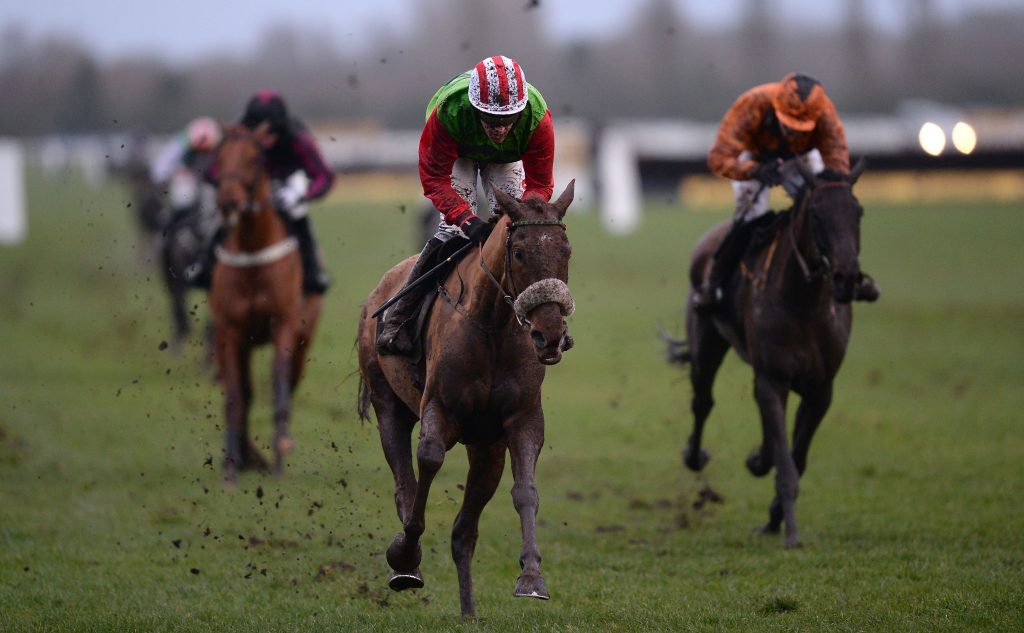 It is difficult to place Definitly Red winning the Cotswold in context. Winners of what is clearly designed to be a Cheltenham Gold Cup trial have fared poorly this century in the big race itself, with only Looks Like Trouble doing the double way back in 2000. Trends exist to be bucked, however.

Nowadays, the leading Gold Cup fancies tend to stay at home over in Ireland or go to Kempton for the King George VI Chase. It’s already been noted above how Sizing John, last year’s winner of the Cheltenham centrepiece contest, had his original plans for the campaign abandoned.

A change of tack, coupled with a disappointing display in the Leopardstown Christmas Chase (formerly the Lexus) after coming out and winning the John Durkan on reappearance at Punchestown, leaves Sizing John with something to prove. Harrington stablemate Our Duke may be an Irish Grand National winner, but he too has endured a less than ideal season.

Of the other Cheltenham Gold cup contenders from Ireland, Willie Mullins has found this to be one of the few prizes to have eluded him in training. He could be double or even triple-handed in this year’s renewal courtesy of Ladbrokes Trophy winner Total Recall, Killultagh Vic and Djakadam.

Road To Respect, meanwhile, looks the most likely from Gigginstown House Stud’s ranks to secure a third Festival triumph in the Gold Cup. Definitly Red is third best of the British runners in the antepost betting behind favourite Might Bite and the lightly raced Colin Tizzard horse Native River.

While the former took the RSA Chase in 2017, the latter finished third in last season’s Cheltenham Gold Cup. Definitly Red is widely available at four times the best price of Might Bite. He will either need to outrun his odds or capitalise on three or four rivals putting in a below-par display.

The entire horse racing community was saddened by the death of another Malton trainer, Malcolm Jefferson, in February. His daughter Ruth has taken over his license and could run Waiting Patiently, who is unbeaten over fences, in the Ryanair Chase at the Cheltenham Festival.

After victories in Listed company at Carlisle and Kempton earlier in the campaign, this seven-year-old landed the Grade 1 Ascot Chase less than a month before the Festival to extend his 100 percent record over the larger obstacles to six wins.

That renewal of the 2m 5f contest was billed by many as the race of the season so far, and Waiting Patiently had some very useful sorts at this intermediate trip finishing in behind him. At this very difficult time for connections, it must be hard not to let sentiment cloud their judgment about whether or not to go to Cheltenham. 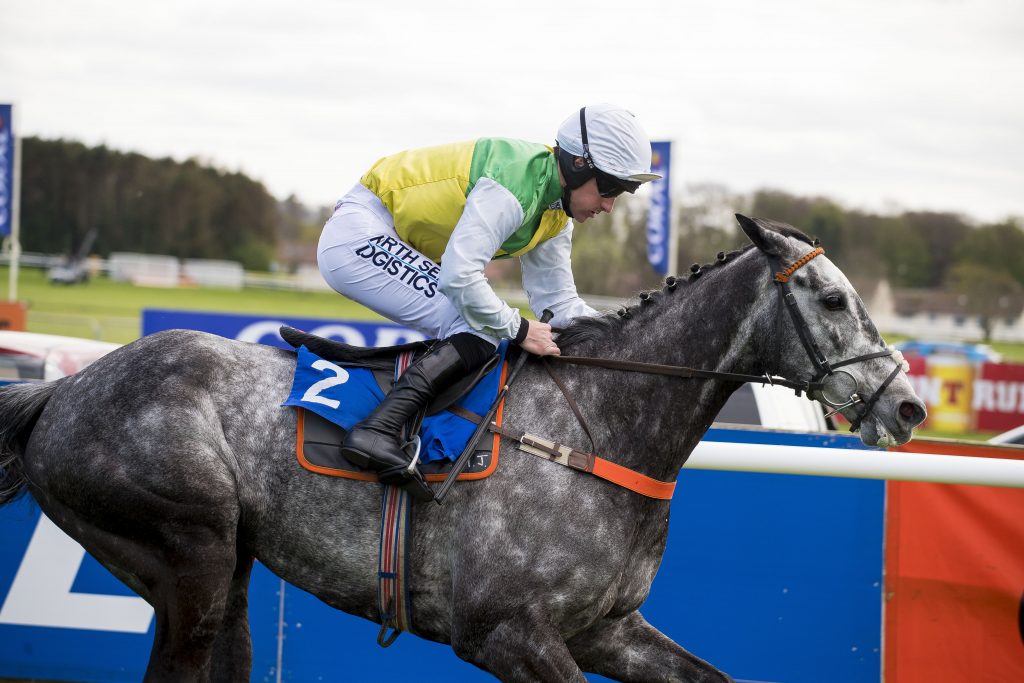 If Waiting Patiently does take up his engagement in the Ryanair, then he has a live chance and might be worth using a free bet on at Cheltenham. Last year’s race winner Un De Sceaux put in a spectacularly bold round of jumping when he made most – but is another year older.

Seven-year-olds have won three of the last five Ryanair renewals, so that stat presses the claims of Waiting Patiently. He has the beating of the likely re-opposing trio Top Notch, Frodon and popular veteran Cue Card based on that Ascot Chase triumph.

Team Jefferson also have the Trevor Hemmings-owned Cloudy Dream entered in the Ryanair. He’s never been out of the first three in 18 career starts for the yard, but the eight-year-old has only won one of his last nine over fences.

Cloudy Dream has also been tried at a wide variety of distances, including sharper and much further trips than the 2m 5f Ryanair. It’s Waiting Patiently that is the more progressive type of the pair, though, and stands a far greater chance of landing the spoils according to the betting.

On top of this high-profile quartet, there are several entries from northern yards for the notoriously competitive Cheltenham Festival handicaps. Favourites have a poor record in these contests, and the wide-open nature of most gives any horse a chance of outrunning their odds.