Total Recall is many people’s idea of the Grand National winner this year and it is easy to see why as the Irish horse looks to be Willie Mullins’ best chance in the 4m2f contest at Aintree as he bids to prevail for the second time in his career.

The nine year won his opening three races of the season. He began his campaign in the Munster National at Limerick in what was his first outing for Mullins since switching to his yard last summer. His second victory then came at Newbury in the prestigious Ladbrokes Trophy. That was his first trip out of Ireland and he had no problems with the travelling or in a competitive contest which included 20 runners at the Berkshire racecourse. A third success surprisingly was in a hurdle race at Leopardstown, however, it was almost certainly used to keep him sharp, without increasing his chase rating any further as that would hamper the horse with more weight in his National bid. 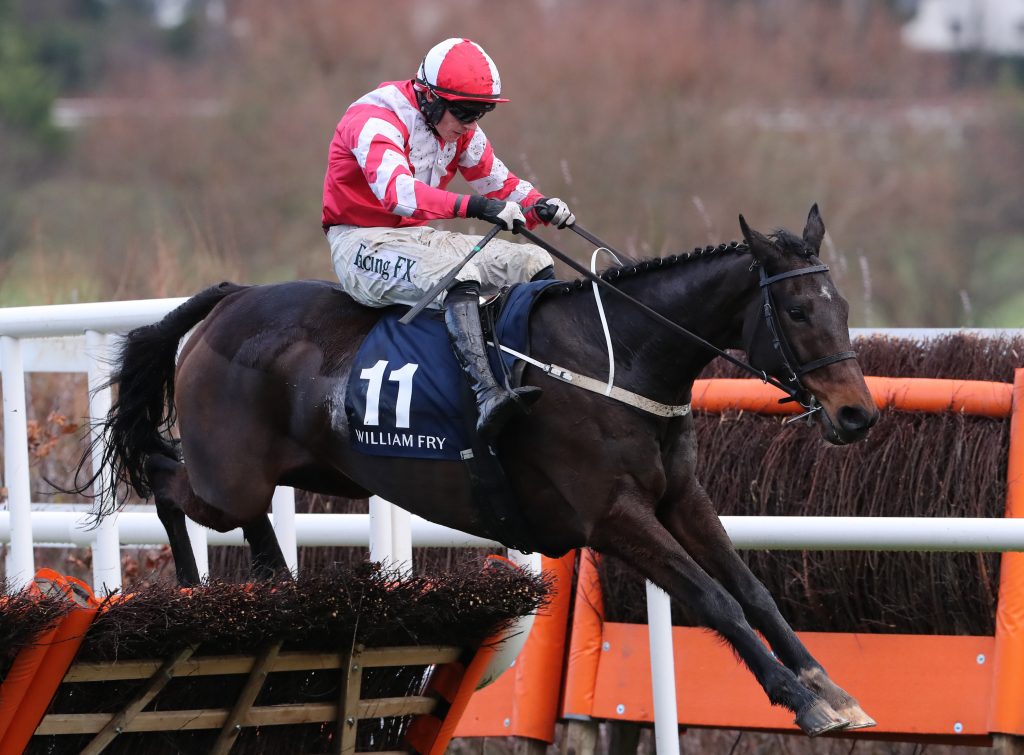 It looks as though the Grand National has been the priority this season for Mullins given the route he has taken with his chaser, however, he could not refuse the temptation to run his charge in the Cheltenham Gold Cup at the Festival. As a 16/1 shot, he was never expected to come out on top in the race which was on by Native River, however, it was a good tester for him ahead of his attempt at the world’s most famous steeplechase.

Total Recall looks like a horse who will appreciate a step up in distance, therefore, the marathon trip at Aintree should not be a problem. The nine year old may also still be ahead of the handicapper so this could be his best chance of scoring over the big fences in the contest that every jockey, owner and trainer wants to win in national hunt racing. Mullins’ runner should be ridden by Ruby Walsh who is seeking his third win in the race, with that in mind it will be very surprising if he does not go off as a single digit priced favourite in the horse racing betting on the day.

Gold Present Should Be Sharper For National Test 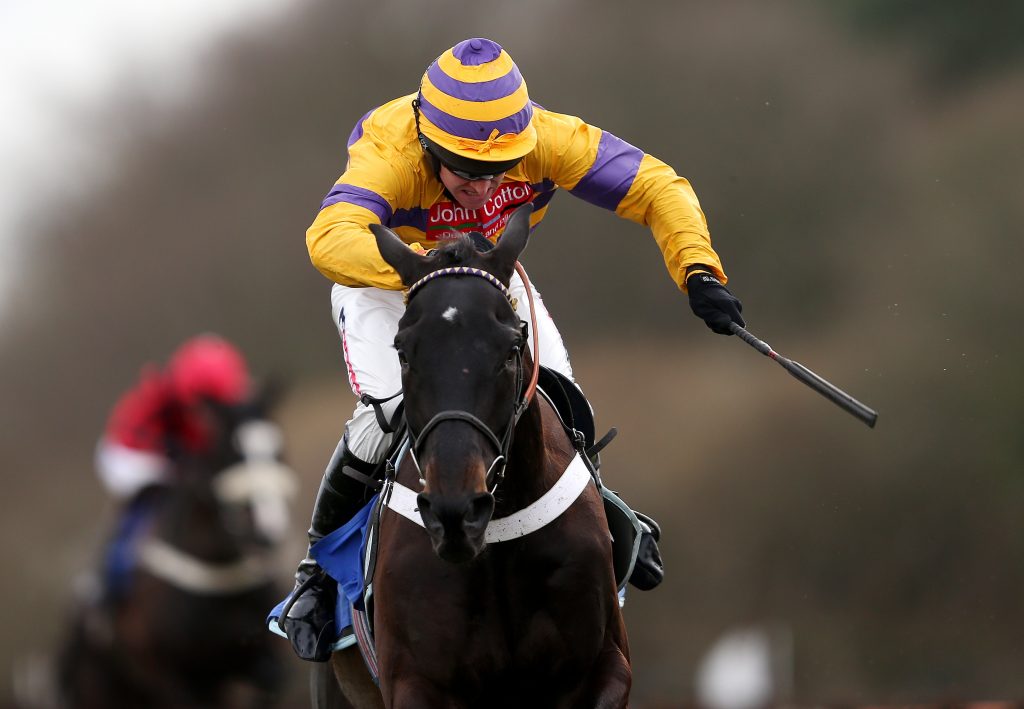 Gold Present soon emerged as a Grand National contender early into the season after two quick-fire victories. Nicky Henderson’s runner made his opening run of the 2017/18 campaign in December where he took a handicap chase at Newbury. Later that month, he stepped up in class and trip to once again walk into the winner’s enclosure following a 3m handicap chase at Ascot.

The eight year old featured at the Cheltenham Festival in the Ultima Handicap Chase on day one of the meeting where he travelled very strongly until three fences from home where he just seemed to struggle on the heavy ground in the closing stages. Jockey Nico de Boinville opted to pull his horse up as he knew the Grand National was only weeks away so he did not want his runner to empty everything he had in defeat at the Festival.

Although this will be Gold Present’s first attempt in the unique steeplechase at Aintree, he has featured over the Grand National fences before as he ran in the Topham Chase in 2017. Sadly his debut over the bigger obstacles did not go very well as he fell at the Canal Turn. That experience should help him in a race where the pace is not quite as quick as it is in Topham which is run over 2m5f.

Four-time Champion Trainer Henderson has had success in more or less every leading national hunt contest in the UK, however, so far the Grand National has eluded him, therefore, he will be desperate to put that right before he retires. This chaser should be at the peak stages of his career soon, therefore, he goes to Aintree with a strong chance of prevailing in the 4m2f race where he is prominent in the ante-post betting ahead of the feature contest of the three day meeting.

Vicente Capable Of Much Better National Showing This Year 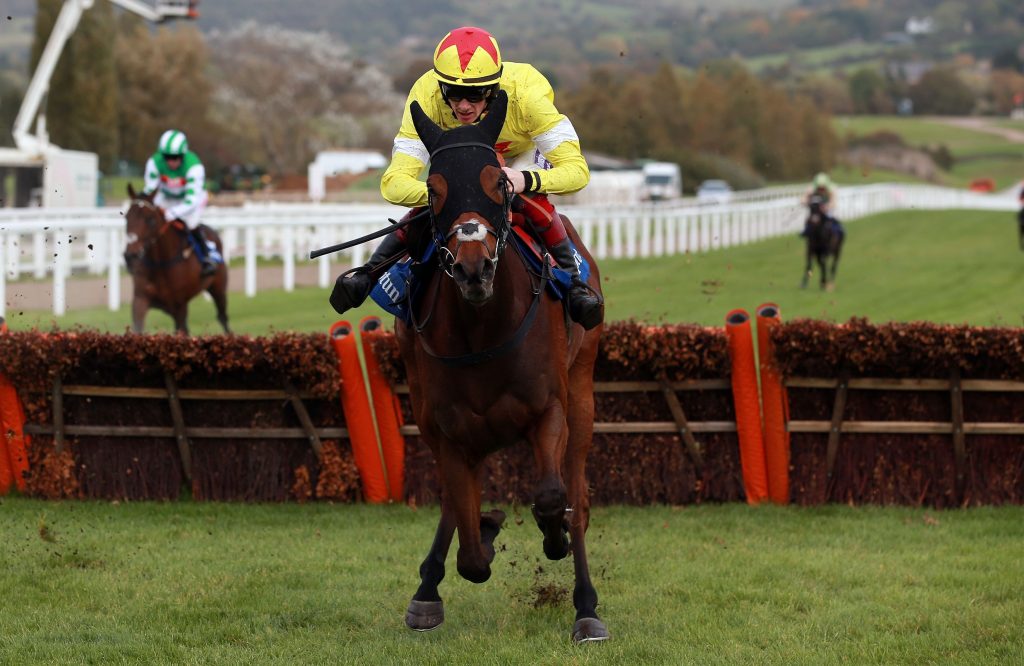 Vicente’s debut in the Grand National in 2017 did not last very long as Paul Nicholls’ chaser fell at the first fence.

Vicente’s debut in the Grand National in 2017 did not last very long as Paul Nicholls’ chaser fell at the first fence which was very disappointing for all his connections as there was real confidence behind the horse last year. He did though provide his owner and trainer with some compensation just weeks later as he travelled up to Ayr to win the Scottish Grand National for the second time in his career.

The nine year old has had three outings this season ahead of his second shot at the National at Aintree. He made his seasonal reappearance at Cheltenham where he was denied a sixth victory over fences by just a neck as he had to settle for second place behind Perfect Candidate following a photo finish in a 3m3f handicap.

In his second start in the campaign, Vicente lined up in the rearranged Welsh Grand National at Chepstow which took place on testing heavy ground. He was held up by jockey Sam Twiston-Davies in the early stages and just when he started to make progress through the field, he made a blunder at the 11th fence which forced his rider to come off his back.

Vicente recently appeared in the Ultima Handicap Chase where he was a 20/1 shot to prevail. That run at the Festival was used to keep the horse active ahead of the National. He looked well in the race until he ran out of gas just before the fourth fence from home.

Nicholls will have his charge in great shape ahead of his return to Aintree. Connections will be keeping everything crossed as he approaches the first fence and as long as he gets over that obstacle ok, he has to be considered a serious contender to give his trainer his second winner in the contest following Neptune Collonges’ success in 2012.

This year’s Grand National takes place on April 14 and has a start time of 5.15pm.