Is the Dante Stakes still the best Epsom Derby trial?

Ask many horse racing aficionados what they consider to be the best Epsom Derby trial and the majority are likely to opt for the Dante Stakes at York.

With ante-post Derby odds high-fliers Too Darn Hot and Japan contesting this year’s edition, it’s continued prestige in this regard looks likely to be assured for another year.

The statistics go some way towards backing up this opinion, with seven Derby winners since 1992 having contested the Dante.

Of the 16 three-year-old races of Listed status or above that have provided a Derby winner in the last 26 years, none can match the York Group 2, run over 1m2f and 56 yards, as a supply line for Epsom success.

However, there is a belief that the Dante has lost some of its sheen in recent years and that other trials are now beginning to take on greater significance. Let’s see how true this Epsom estimation is.

Check out the latest Dante Stakes betting with William Hill

Since the Dante was first run in 1968, it has been contested by 11 horses that have gone on to win the Derby.

The mid-2000s was a particularly pertinent time for horses pulling off the Dante/Derby double, with North Light (2004), Motivator (2005) and Authorized (2007) all doing the business in both races.

However, the Dante has only provided two Derby winners since, as Workforce went one better at Epsom than he did at York in 2010 and then Golden Horn won both races in 2015.

In the eight years since Workforce’s win, 16 horses to have contested the Dante, including seven winners of the trial, have lined up for the Derby.

Apart from the victorious Golden Horn, only four of the other 15 Dante runners have placed.

Looking back at the last three years, the seven Dante runners to contest the Derby have finished fourth, fifth, 10th, 11th and 16th, third and 12th.

Check out the latest Epsom Derby 2019 betting with William Hill

The 2,000 Guineas as an Epsom Derby trial 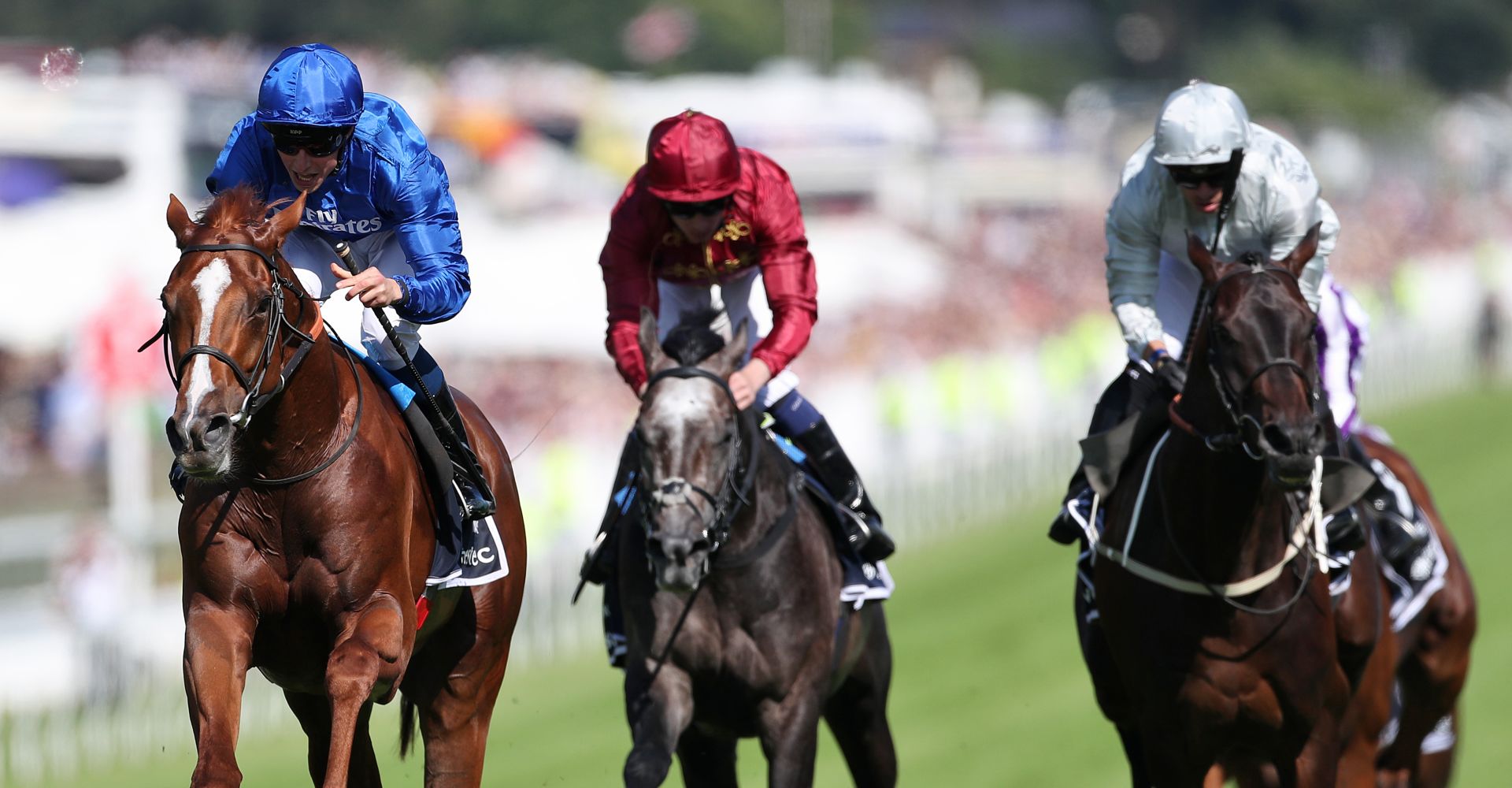 Masar powers home in the 2018 Epsom Derby, stepping up from a 2000 Guineas bronze medal

After Galileo Gold’s success in the 2016 2,000 Guineas, trainer Hugo Palmer surmised: “They say the 2000 Guineas is the best trial for the Derby.”

And historically this has rung true. While the Dante has provided 11 Derby winners since 1946, the opening Classic of the year has supplied 20.

Interestingly, Palmer decided to forego the Derby with Galileo Gold because of doubts as to whether the horse would stay the additional four furlongs.

And many other trainers have seemingly drawn the same conclusions, with 11 the amount of 2,000 Guineas entrants making it to Epsom since 2011.

However, the three victories eclipse the achievements of the Dante during the same timeframe and of those 11, only the heavily-fancied Dawn Approach in 2013 finished outside of the top 10.

How about the Chester Vase as an Epsom Derby trial? 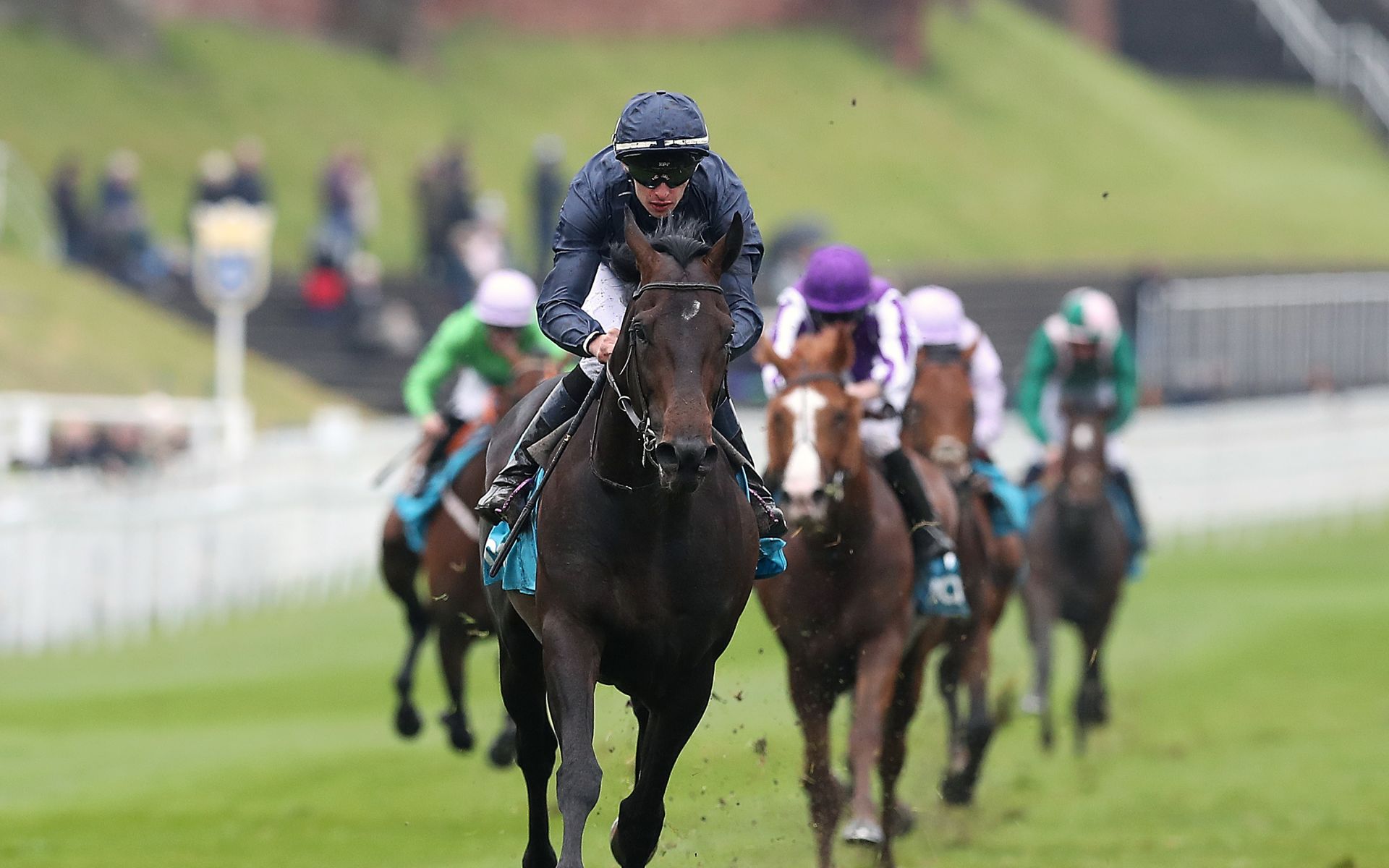 If there is an Epsom Derby trial that has grown in stature in the last decade, then it’s the Chester Vase. This year’s runaway eight-length winner Sir Dragonet went straight in at the top of the 2018 Epsom Derby betting odds at 7/2, despite still needing to be supplemented for the race.

One reason could be the fact that Chester is quite a unique track with tight turns and crowds positioned either side of the finish line.

This not only presents an unusual challenge for what are still relatively inexperienced racehorses, but requires them to be particularly well balanced.

With Epsom being full of undulations, the capacity to quickly make such adjustments could prove highly advantageous.

The Chester Vase can match the Dante for Derby entrants in the last seven years with 16 apiece. However, the Chester contest has supplied two winners (Ruler Of The World in 2013 and Wings Of Eagles in 2017), alongside five other top-three finishers.

Some basic mathematics calculates that the Vase has provided both an extra placed finisher and an extra winner than the Dante since 2011.

It will come as no surprise that O’Brien has sent far more horses to the Derby than any other trainer in the last eight editions. Of the 108 runners in this period, the Irish handler has been responsible for 34.

Some 16 of these 34 entrants had prepped for their Derby run in one of the three trials previously mentioned and here is the breakdown – two in the Dante, three in the 2,000 Guineas and nine in the Chester Vase.

O’Brien has never completed the Dante/Derby double and he hasn’t won the York race since Cape Blanco defeated Workforce in 2010.

His three Dante runners to have competed in the Derby since – Seville, Deauville and Zabriskie – have finished no better than 10th at Epsom.

In contrast, he won five instalments of the Chester Vase in succession between 2013 and 2017, and seven of the last nine. However, although O’Brien clearly rates this as the best Epsom Derby trial, his results have been very hit and miss.

Of his 11 Vase runners up to 2018, two won the Derby, two finished second and four others finished out of the top 10, with last years two Roodee runners failing to make the starting line for the 1m4f Classic.

In fact, the Guineas has been a more informative Epsom Derby trial for the trainer’s charges, with two of O’Brien’s four Guineas horses to go on to contest the Derby in that timeframe winning.

Timings on the calendar

One of the factors that may influence O’Brien to favour the Chester Vase over the Dante is the relatively short timeframe between the York trial and the Epsom Derby.

Looking at the calendar for 2019, these are the dates that races are run, with the number in brackets highlighting the number of days between the trial in question and the Derby:

With barely over a fortnight between the Dante and the Derby, this isn’t the greatest time to enjoy a full recovery from a run on the Knavesmire. The extra eight days of rest could be enough on its own to sway O’Brien towards Chester instead.

So what for 2019? Japan is set to run in the Dante and is second shortest of O’Brien’s potential runners in the 2019 Epsom Derby betting behind Chester Vase scorer Sir Dragonet.

A son of 2014 Derby winner Camelot, he needs to be supplemented for the Classic, but his success on the Roodee is a superb omen.

However, which is the strongest Epsom Derby trial? The position of the Dante is certainly not as strong as in it’s mid-noughties heyday.

Will Too Darn Hot or Japan strike back for the York trial? Or will O’Brien enjoy another Chester Vase/Derby one-two?