Ebor Handicap odds: Why Teodoro is the pick over Stratum at the prices

Whilst favourite Stratum has made the cut for the York stay-a-thon after an anxious week for his backers, but at just 10/3 in the betting and with history against him, it’s time to look elsewhere in the Ebor Handicap odds.

In his favour, the market leader is trained by Willie Mullins, who regularly mounts successful raids on valuable flat handicaps, owned by Tony Bloom, whose colours have been carried to Cesarewitch and Northumberland Plate glory by ratings-blot Withhold over the past two seasons, and has a nice low weight.

However, just one favourite has landed this incredibly valuable one-mile-six-furlong affair in the past 18 runnings, while 13 of the past 16 victors broke from a double-figure stall. Stratum has drawn the four berth.

Check out Ebor Handicap betting tips and predictions below, but first, let’s take a quick look at the odds as they stand. 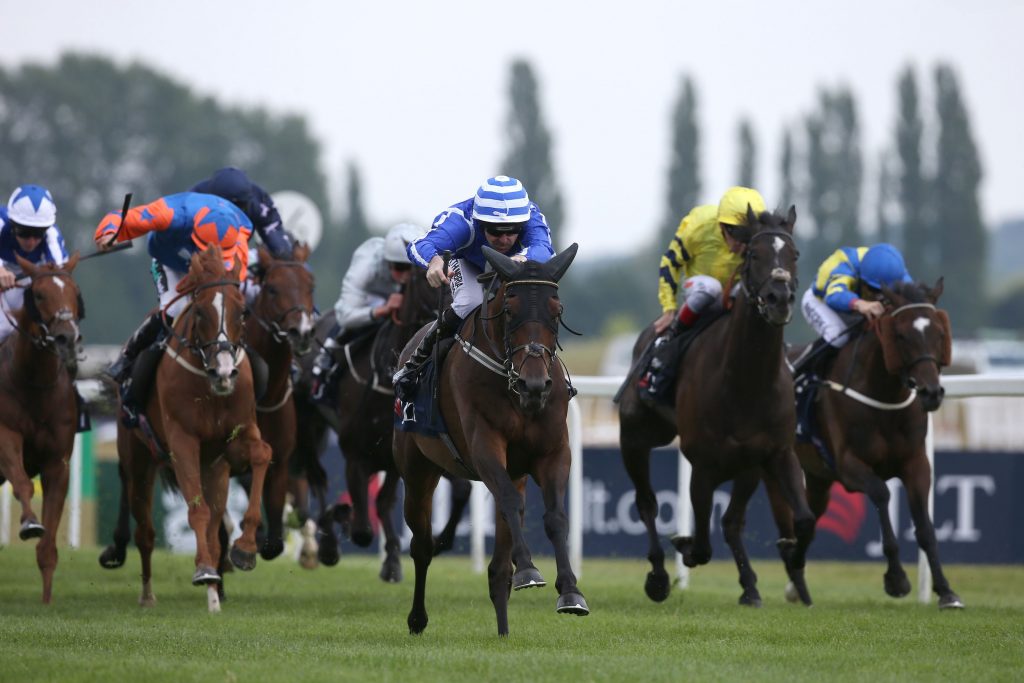 Stratum is a worthy favourite for the Ebor Heritage Handicap

Stratum is a worthy favourite, with his low weight, powerful and savvy connections and three subsequent winners, having come out of the also rans when he scored last time out at Newbury.

However, the second and third that day were beaten out of sight by Lil Rockerfeller at Goodwood on their next run and, 8lbs higher here, he may not be as well handicapped as some in the Ebor Handicap odds.

As one of two in the race who runs under a penalty (having won since the weights came out), Tom Dascombe’s Teodoro stands out.

The son of Teofilo is rated 114 after a career-best victory in the Group 3 Rose of Lancaster Stakes over 1m2f at Haydock a fortnight ago, yet runs off a mark of 105.

Having landed a Newbury handicap off 9st 12lbs over one-mile-four-furlongs earlier in the summer, the four-year-old has won half the dozen races he’s contested. There could be plenty more to come on his first try at 1m6f and, even if there isn’t, he’s 9lbs well in on official ratings.

The only snag is his stall-three berth, but at least he’ll have the favourite for company and, at more than four times the price, he’s a nice each way pick.

Also at 14/1, but drawn far better as far as recent history’s concerned, is Jarlath Fahey’s Sea The Lion, who’ll break from the 17 trap.

Irish raiders have landed the Ebor Handicap odds in four of the past nine renewals and Fahey’s seven-year-old certainly has the likeable knack of winning races, arriving on a four-timer after three consecutive successes by half a length or less this term.

With each of his six previous victories coming by no more than that margin, Sea The Lion could well still have something up his sleeve so far as the handicapper is concerned.