The Christmas period saw the Cheltenham Gold Cup ante-post odds given an almighty shake up, with surprise winners of the King George and the Savills Chase (formerly the Lexus) both slashed in the betting for the Festival showpiece, but a third major festive scorer remains relatively unloved.

Having been introduced to the Gold Cup market at 16/1 in the wake of his silky smooth Boxing Day success, Kempton winner Clan Des Obeaux is now trading at just 13/2, while Kemboy was slashed into 8/1 from 33s after his Fairyhouse victory.

Unlike that pair, Elegant Escape is still as long as 25/1 for the 3m2f Festival highlight, despite taking out another recognised Gold Cup trial, the Welsh Grand National, in fine style.

It may not have been overly hailed at the time, but Colin Tizzard’s seven-year-old put up one of the best weight-carrying performances the Chepstow marathon has seen for many moons to down the David-Pipe-trained Ramses De Teillee by a length and a quarter under 11st 8lbs.

Since Carvill’s Hill did so in 1991, only one horse has carried a heavier burden to victory in the race, subsequent Gold Cup winner Native River (11st 12lbs).

Meanwhile, only two other winners in that time shouldered more than 11st 3lbs, Synchronised and Master Oats, and, you guessed it, both went on to win Cheltenham’s championship for staying chasers.

It’s true that, of the trio of subsequent Gold Cup winners, only Master Oats won both races in the same campaign, with Synchronised and Native River landing the latter a season later.

But, at odds of 25/1 Elegant Escape’s each-way claims are obvious and all the more so given his trainer. 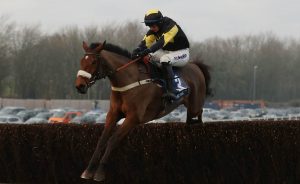 Can Elegant Escape emerge as the Gold Cup winner ahead of the other betting favourites?

It should if you’re a trainer named Tizzard, who steered Native River down precisely such as path in 2017, when the Brocade Racing gelding landed the odds in the first three races before taking a bronze medal at Cheltenham.

Elegant Escape is currently plotting a similar course, but while he only finished a 10-length second in the race formerly known as the Hennessy, he did so carrying fully 9lbs more than his illustrious stablemate, currently 5/1 in this year’s Gold Cup betting, had done when triumphant in 2016.

With owner JP Romans reportedly keen to target the Cheltenham race, it would be no great surprise to see Elegant Escape go straight to the Festival.

Native River was able to improve on his 2017 third to win the Gold Cup 2018 off the back of a one-race build up, compared to four runs the previous season.

As such it would seem logical that Tizzard should save his latest Welsh National winner for Cheltenham now, rather than attempt to fit in a run at Newbury in the interim.