Well…four and a bit, because once Clan Des Obeaux wins the Denman Chase, the bookmakers will have little option but to slash his current Cheltenham Gold Cup odds of 10/1.

Make no mistake, this year’s edition of the Newbury race looks like being a competitive affair, with Coneygree, winner of the Festival showpiece in 2015, and Anibale Fly, third last year, in opposition.

Yet that only means victory will have a greater impact on Clan Des Obeaux’s price in the betting for the staying chaser’s championship.

Despite Native River having won a Hennessy, a Welsh Grand National and a Cheltenham Gold Cup, the BHA handicapper now has him and Clan Des Obeaux on the same official rating, 173.

Nicholls’ seven-year-old was rated 160 before winning the King George, but, such was the contemptuous ease with which he scored, that it appears difficult to debunk that reassessment.

Some 13-and-a-half lengths back in third, Native River was dropped 3lbs for his efforts. 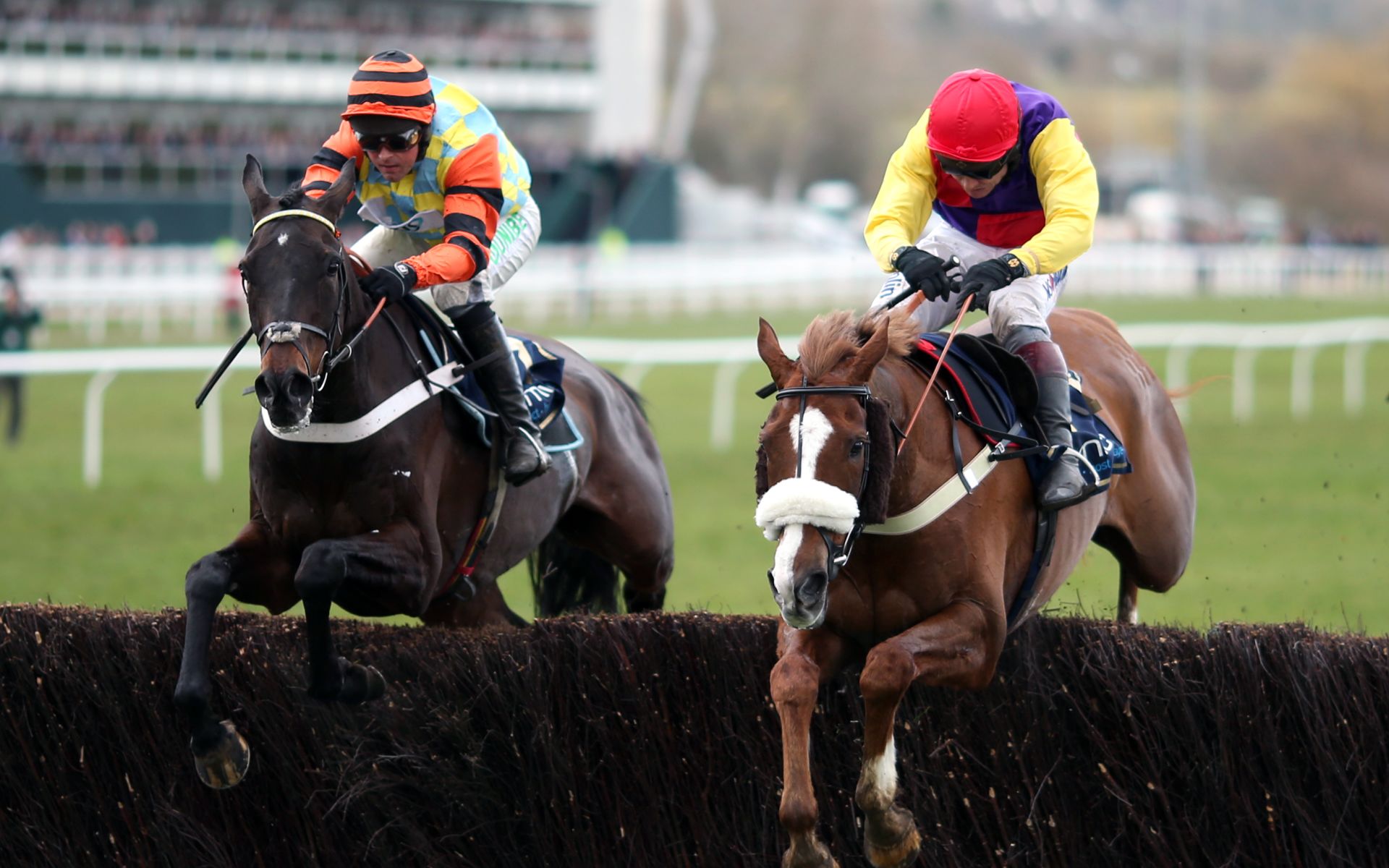 In his defence, speed track Kempton is about as far away from the ideal deck as it gets for Colin Tizzard’s decorated but dour stayer.

Yet, having lost his last two starts after two years at the very top of his game, there have to be questions as to whether Native River will be capable of returning to the heights of his past exploits.

Not got a William Hill account? Sign up here to get your hands on our bet £10, get £30 offer

The Gold Cup is as severe a test as the jumps game has to offer and few but the greatest horses have the constitution to perform well in one edition, let alone two as Native River did. Last year’s second Might Bite is a prime example of this.

As such, the reigning champion looks vulnerable to an up-and-coming type with fewer miles on the clock at the highest level, both in the Denman Chase and at Cheltenham.

Clan Des Obeaux is one of only two other Grade 1 winners among his Newbury foes, along with Coneygree, but the latter hasn’t completed three of his last four runs.

The King George winner stepped forward with great authority at Kempton over Christmas and returns to a course where he landed a Grade 2 novice chase by 10 lengths in November 2016.

With the Denman Chase played out over a half a furlong short of 3m, the trip would seem to play far more to the strengths of the younger horse than Native River and the pair are expected to swap places in the Cheltenham Gold Cup ante-post pecking order after the race.