Ever wondered about the Grand National history that makes this extended 4m 2f Aintree showpiece the world’s greatest steeplechase? How did this National Hunt horse race all about endurance grow into the biggest ever and one which the wider British public engages with so much? What’s the story behind this transformation of part of the Merseyside countryside into a racecourse where so many people have their one bet of the year?

We think it’s well worth revisiting the origins and development of Aintree in our Grand National history lesson.

Horse racing may be the sport of kings, but the concept of steeplechasing was born from cross-country riding. Galloping across open countryside using the spire or tower of village churches as start and end points to races has an old-world quality to it.

In days when we simply didn’t have the tarmac roads we travel along now, taking the direct route rather than along country lanes made more sense. That meant natural obstacles like brooks or streams, ditches, gates and hedges had to be cleared on horseback.

And that’s the heritage in which Grand National history is placed. It was originally a cross-country contest held on land leased from Lord Sefton on his Aintree estate in 1829. Debate rages among historians as to when the race was first officially held at what we now know as the racecourse.

We’ll leave that bone of contention and take the widely accepted 1839 renewal as the first official running of the Grand National. The establishment of the race was contemporary to Merseyside undergoing many changes resulting from the Industrial Revolution.

A canal between Leeds and Liverpool that took around 50 years to complete was extended in 1822, creating easier trading links between the historic counties of Lancashire and the West Riding of Yorkshire. That canal is where the Canal Turn fence – an obstacle that horses must clear and then turn through almost 90 degrees on landing or risk jumping at an angle – gets its name. 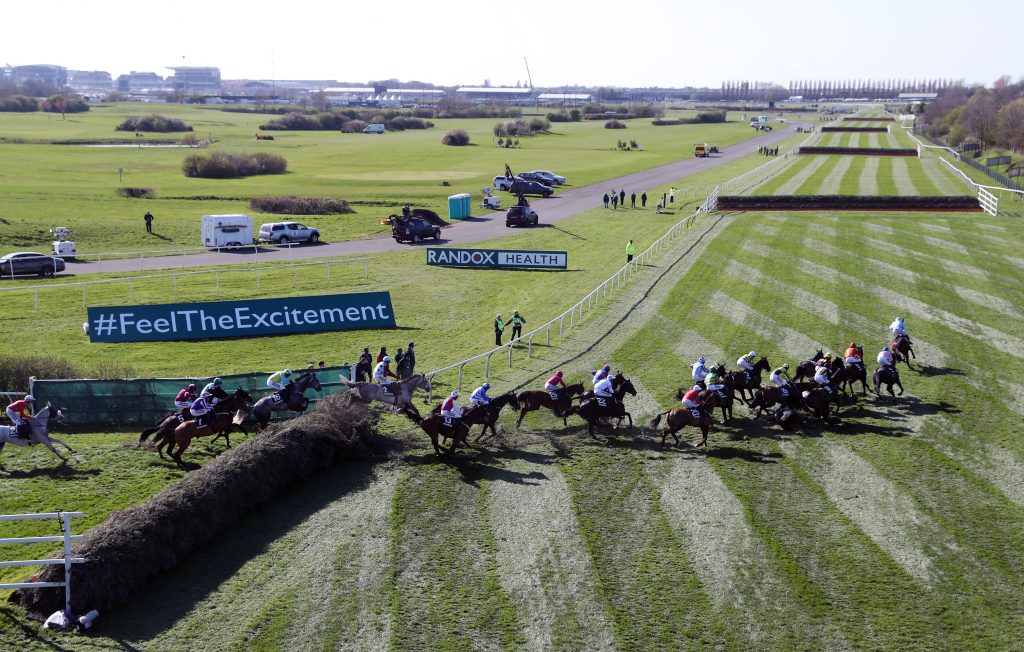 The Canal Turn is a notoriously treacherous section of Aintree Racecourse

More important than the waterway for Aintree was the advent of the steam engine and the building of a railway to Liverpool that included a station nearby. This allowed greater public access from further away for people to attend.

Gap in the fixtures

The Grand National was also fortunate that the Great St Albans Chase – a National Hunt fixture which clashed with early unofficial runnings of it – wasn’t renewed after 1838. With a grandstand already built and a cross-country course in place, Aintree was willing and able to step in to cover this gap.

After founder and hotelier William Lynn became ill, another member of the Aintree committee that organised the race made Grand National history. Edward Topham changed the race from a weight-for-age contest into a handicap in 1843. He would later take over the lease from Lynn and descendants of Topham then purchased Aintree racecourse.

Grand National popularity grew throughout the remainder of the nineteenth century and a work of popular fiction was even set there. Long before the days of Dick Francis, Henry Hawley Smart penned his 1887 thriller Cleverly Won: A Romance of the Grand National with Aintree as its backdrop.

Size of the field

We’re used to seeing 40 horses taking on the unique spruce covered fences at Aintree, yet there have been times when both considerably more and fewer entries occurred. The 1883 renewal saw a record low field of just 10 take part in the Grand National.

In 1929 there was an unprecedented 66 entries despite just two of 42 runners making it round the previous year. That 1928 renewal was the scene of great drama as Easter Hero caused a mass pile-up when coming to grief at the Canal Turn and 100/1 outsider Tipperary Tim went on to win.

While there’s much greater emphasis on equine safety today, melees in Grand National history only add to the allure of the race as a spectacle. It’s not just larger obstacles that can cause chaos either.

The standard fence we now know today as Foinavon is the smallest on Aintree’s Grand National course, but in 1967 a pile-up occurred here, taking out almost the entire field. Another 100/1 rank outsider, Foinavon was so far behind the others that jockey John Buckingham had time to take his mount wide and jump on the outside thus avoiding the carnage of fallen horses. 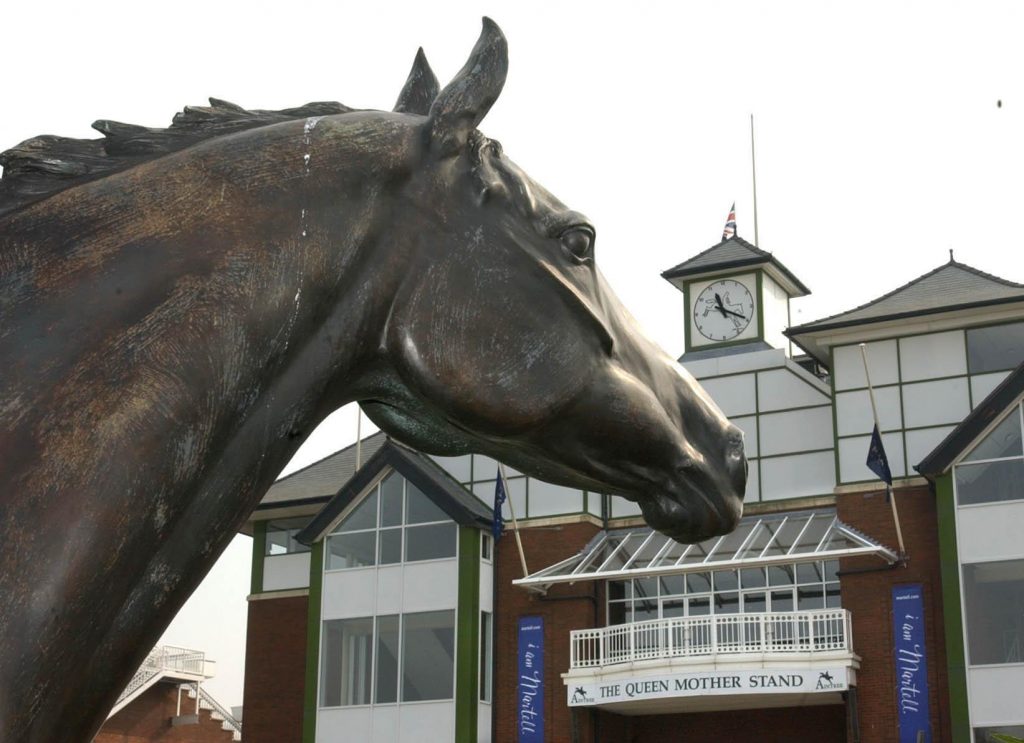 Red Rum is immortalised at the racecourse after his three wins

As our history lesson creeps into modern times, another factor in its popular appeal is the race being televised from 1960. Like the railway before it, this opened the Grand National up to the widest audience possible with hundreds of millions now tuning in worldwide to witness it.

We’ve also been blessed with some magnificent horses turning out at Aintree. Golden Miller is the only horse to have won both the Cheltenham Gold Cup and Grand National in the same year back in 1934. He would go on to score five consecutive victories in the blue riband race of the Cheltenham.

No Grand National history would be complete without mentioning iconic three-time winner Red Rum. Trained locally by Ginger McCain on the beaches of Southport about 15 miles up the road from the racecourse, his battles with 1971 Champion Chase victor Crisp and dual Cheltenham Gold Cup winner L’Escargot are the stuff of legend.

McCain would later saddle Amberleigh House to Grand National glory in 2004 and join Fred Rimell as the only two men in the postwar era to train the winner four times. Even though major changes have been made to the fences, it’s still rare for more than half the field to make it home, with a record high of 23 finishing in 1984.

A false start in 1993 led to the Grand National result being declared void and bomb threats from the IRA forced a 48-hour postponement of the 1997 renewal. For all that controversy and drama, great horses with character and endurance are needed to prevail, so it’s their exploits and the human interest behind some of them that give us this great steeplechase.